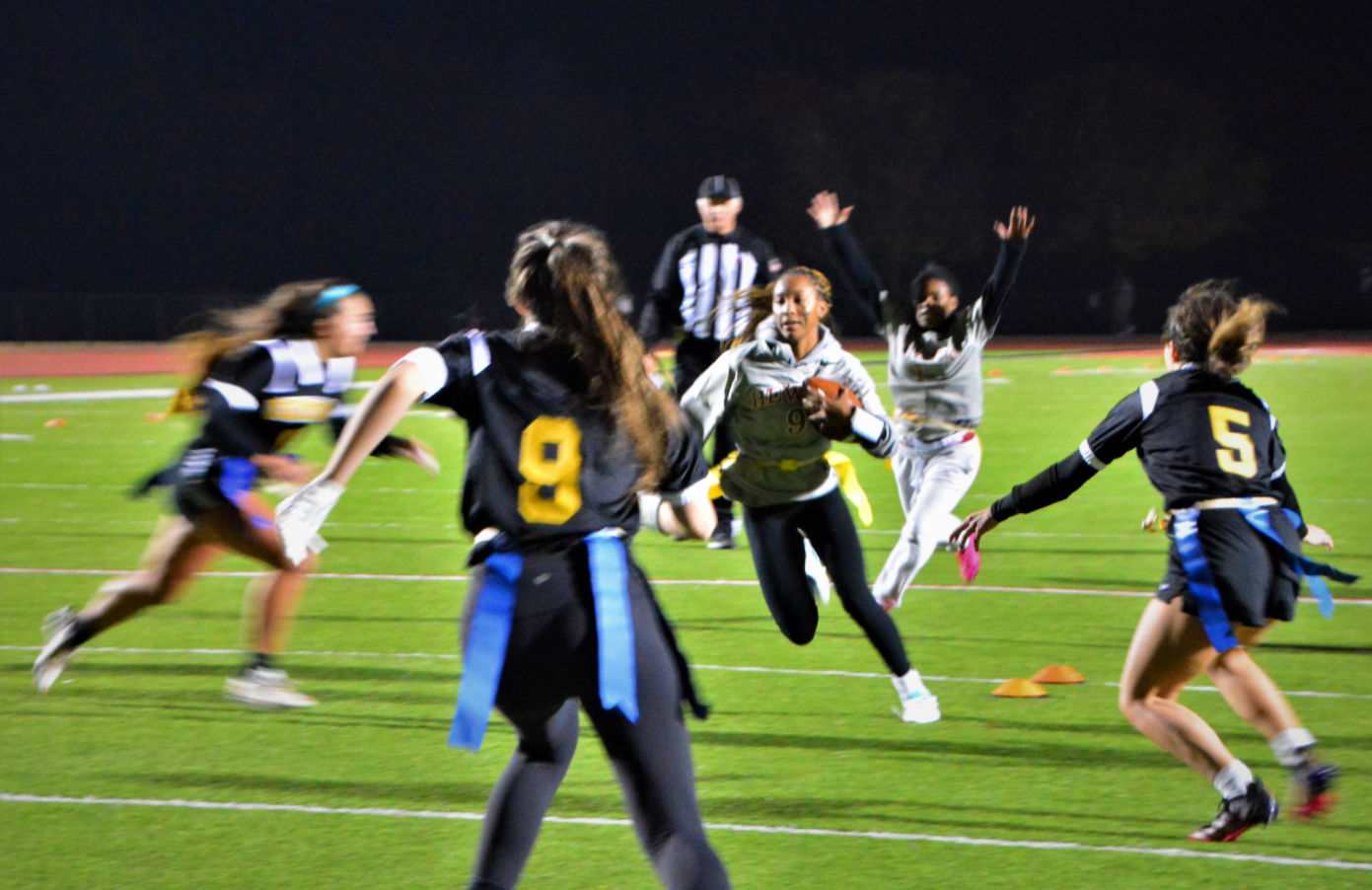 TRUSSVILLE — Junior defensive back Taylor Davis sealed a shutout victory for the Hewitt-Trussville flag football team with an interception with a minute left in the game, and the Huskies put 25 points on the board in the second half to beat a pesky Oxford squad Tuesday night, November 16, 2021. 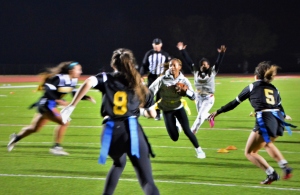 Hewitt-Trussville moves on to face Smiths Station in the inaugural state championship game on December 1.

It wasn’t as easy as the final score looked. The teams were tied 0-0 at the half, trading punts and jockeying for field position as both defenses looked to make their mark on the game.

“The defense did a really great job of fighting through the blocks, getting on top of it,” coach Tonya Hunter said. “They worked hard, and they closed on the ball well when it was in the air. We looked at how that quarterback dropped back, and.”

It was the second half where Hewitt shined offensively, however.

With 6:36 remaining in the third quarter Jordan Harper scored on a 46-yard touchdown pass from Deandra Powell, and that’s when the defense for Oxford broke.

“The biggest thing is that we calmed down,” head coach Taylor Burt said. “We didn’t have any big halftime adjustments, but we calmed down and took advantage of what they were giving us. We hadn’t been in a situation like this, and it’s a big time thing. That’s something we’re going to have to work on.”

Powell scored on a one-yard run with 1:36 remaining, stretching the ball over the goal line for the touchdown, and then with 9:23 remaining in the game, she hit Hannah Dorset for a 10-yard touchdown pass.

“They had all been kind of cheating over to that one side,” Dorsett said. “We’d tried that play a couple of times and just misread it. The Dee ran that way and I was wide open.”

Powell wasn’t done, however. She found Rubie Simon in the back of the end zone for a two-point conversion to make it 19-0.

Audre Benson then found the end zone with 1:37 remaining in the game to cap the scoring for the Huskies.

With time winding down, Oxford tried to salvage something — anything — from the game. A Hewitt-Trussville penalty set the Yellow Jackets up in the red zone, but Davis saw the ball coming, leaped, and picked it off to seal the shutout.

“She’s the best kid ever,” Burt said. “She’s the most selfless, the best teammate, willing to do whatever you ask at any time.”

For her part, Davis felt the pressure.