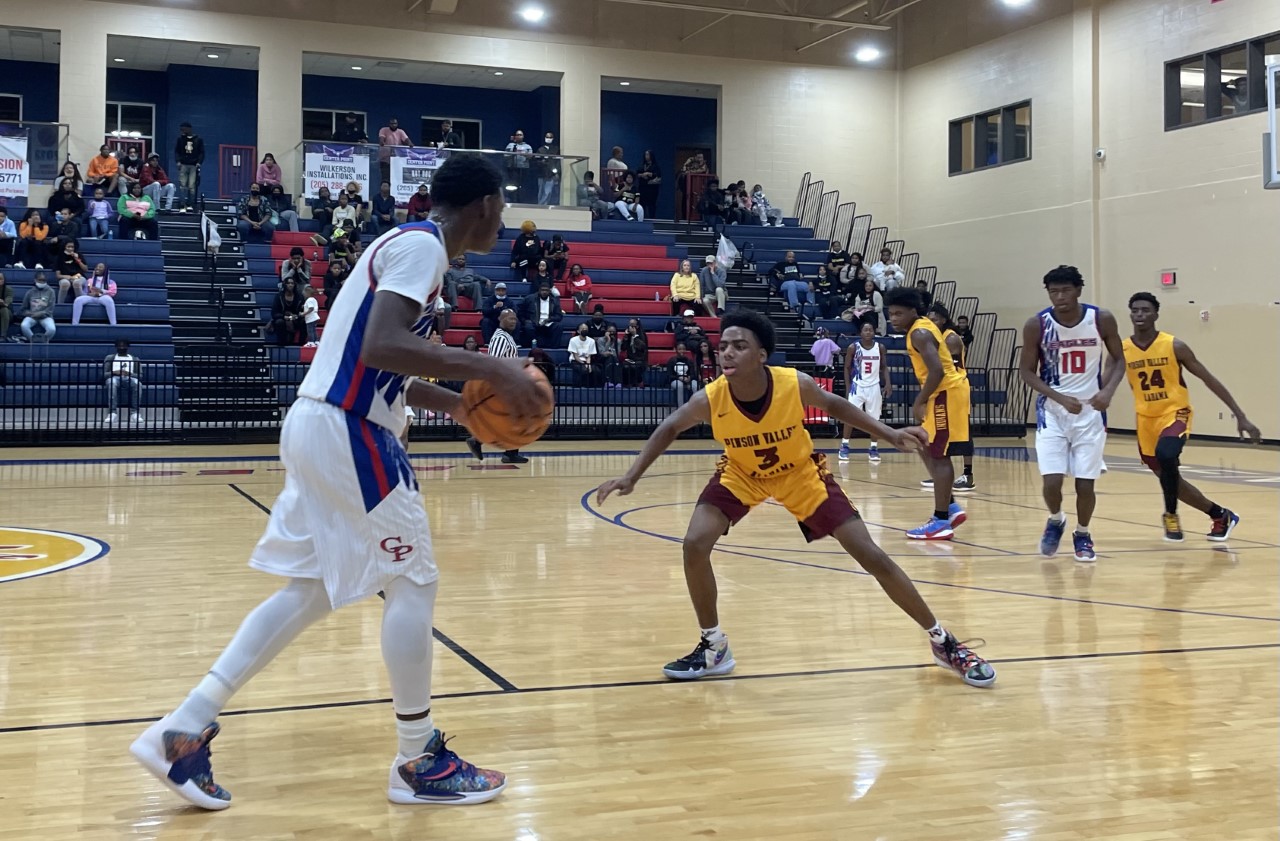 CENTER POINT — It got ugly quickly here as Pinson Valley ran Center Point out of its own gym, racking up a 42-point win in a 73-31 victory and harrying the home team into turning the ball over more than 30 times. 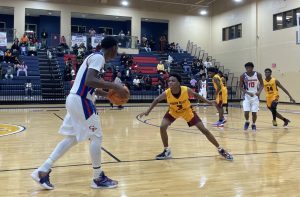 Center Point couldn’t get anything on track offensively against Pinson Valley on Tuesday, November 16, 2021. (Photo by Bobby Mathews)

Pinson Valley was led by the White brothers, Caleb and Cameron, who each had 23 points, while T.C. Coner added in another 14.

But the real story of the game might be the Indians’ defense, which allowed only two points from the Eagles in the final quarter.

“Our guard play was the difference,” Pinson Valley head coach Darrell Barber said. “Most of the time we have four guards out on the floor. We have a pair of brothers on this team, but these kids all grew up playing together. We shoot the ball well, and we take pride in our defense.”

The Indians were able to step into passing lanes and contest every possession by Center Point.

“I think our overall shooting and our guard play made the difference,” Barber said.

Pinson Valley is now 3-0 on the season, with victories against Park Crossing and Charles Henderson.

Despite not having a great deal of height on the floor, the Pinson Valley players were relentless on defense and rebounding.

“If you box out correctly, it doesn’t matter how tall you are,” Barber said. “We’ve never had really great height, but we take a lot of pride in doing the little things, getting to the loose balls, boxing out, taking charges, playing good defense.”

For the Eagles, the leading scorer was Xavier Jackson with 8 points.

Pinson Valley won’t play a home game until December 3, when they play Parker High. That begins a three-game homestand for the Indians as they welcome Gadsen City on December 6 and Oxford on December 9.