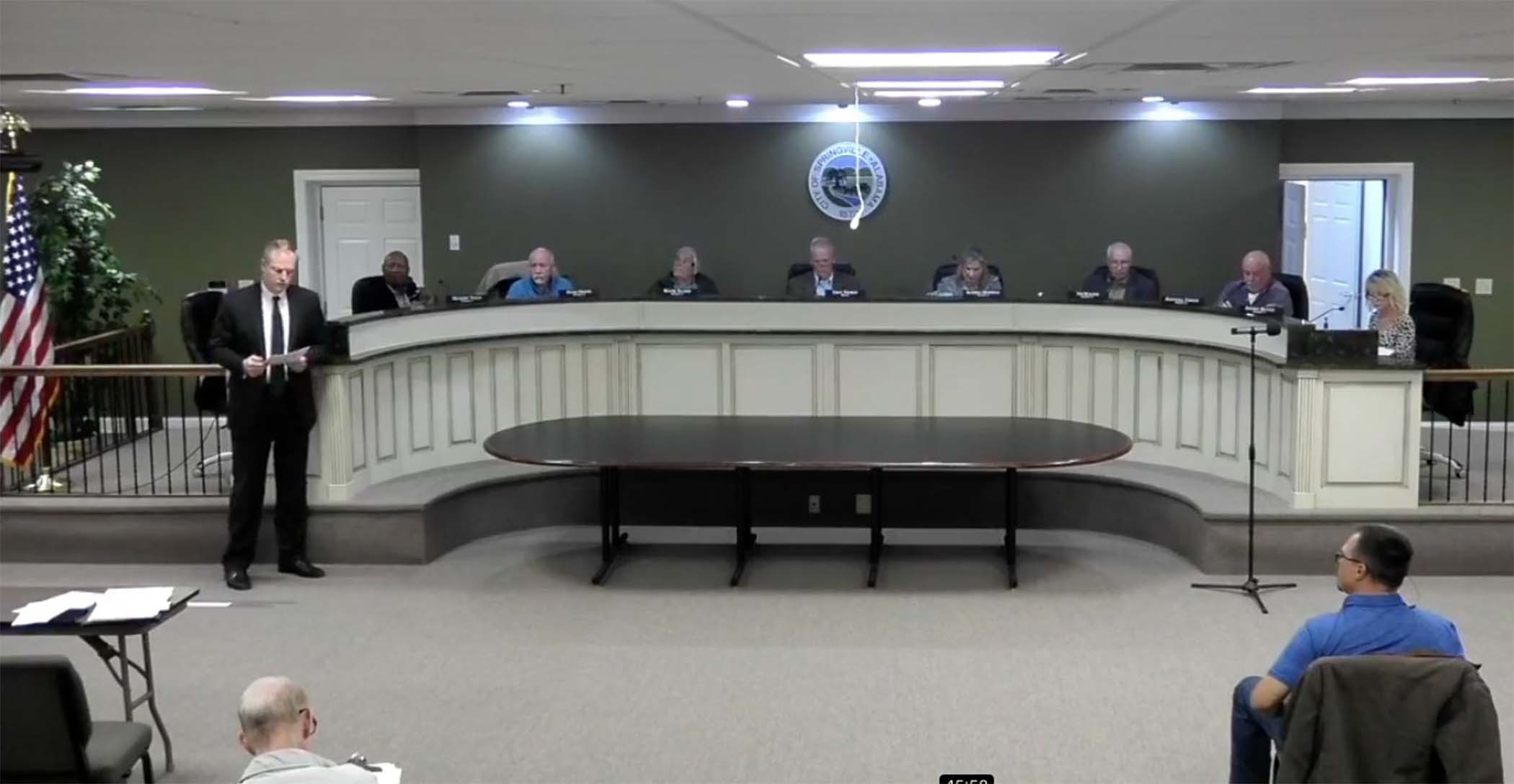 City Attorney James Hill presented a proposed agreement between the city and Springville Beverages LLC to bottle and sell a retail brand of water from springs within the city limits. (Photo by Terry Schrimscher) 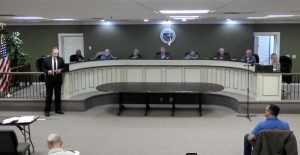 City Attorney James Hill presented a proposed agreement between the city and Springville Beverages LLC to bottle and sell a retail brand of water from springs within the city limits. (Photo by Terry Schrimscher)

In the work session prior to the meeting, Councilmember David Vinson announced the departure of Parks and Recreation Director Ashley Hay. Hay has accepted a newly created position with St. Clair County and will continue to assist Springville with the Forever Wild development at Big Canoe Creek Nature Preserve.

Vinson will put together a search committee to hire a new director for Springville.

City Attorney James Hill presented a proposed agreement between the city and Springville Beverages LLC to bottle and sell a retail brand of water from springs within the city limits.

“This is a great project for the city of Springville,” Hill said. “It’s a great way for the city to have someone else market us. This developer has put a market like this on the ground before. It has that small-town feel. I just think it is a great opportunity.”

The five-year agreement would sell up to 50,000 gallons of water per day to the bottlers who would market the water in retail outlets.

According to the Encyclopedia of Alabama, freshwater springs in the area, which eventually inspired the city’s name, were an attraction for travelers in the area in the early 1800s.

The Council approved the agreement during the regular session.

The council also held a public hearing for a proposed amendment to zoning regulations. The first change clarified the zoning locations for gas stations within city limits. The second proposal would require residents to obtain a permit from the city prior to holding a yard sale on private property. The permits would be free of charge but would set forth guidelines for the sales.

The third proposed zoning amendment would establish riparian buffers around protected waterways. The proposed environmental protection buffers would be 50 feet for residential lots, 75 feet for commercial lots, and 100 feet for industrial property.

“A developer would have the ability to come to the board of adjustments for a variance,” Hill said.

The proposal would allow the board to amend the requirements for the buffers if it determined they were not necessary on a particular property.

The Council suspended the rules and proceeded to vote on the amendment. The amended proposals were adopted by a 6-2 vote, with council members Tucker and Parker opposed.

The Council also approved a new fee schedule for construction permits and approved a resolution to approve a contract with Mighty Green for city parks.