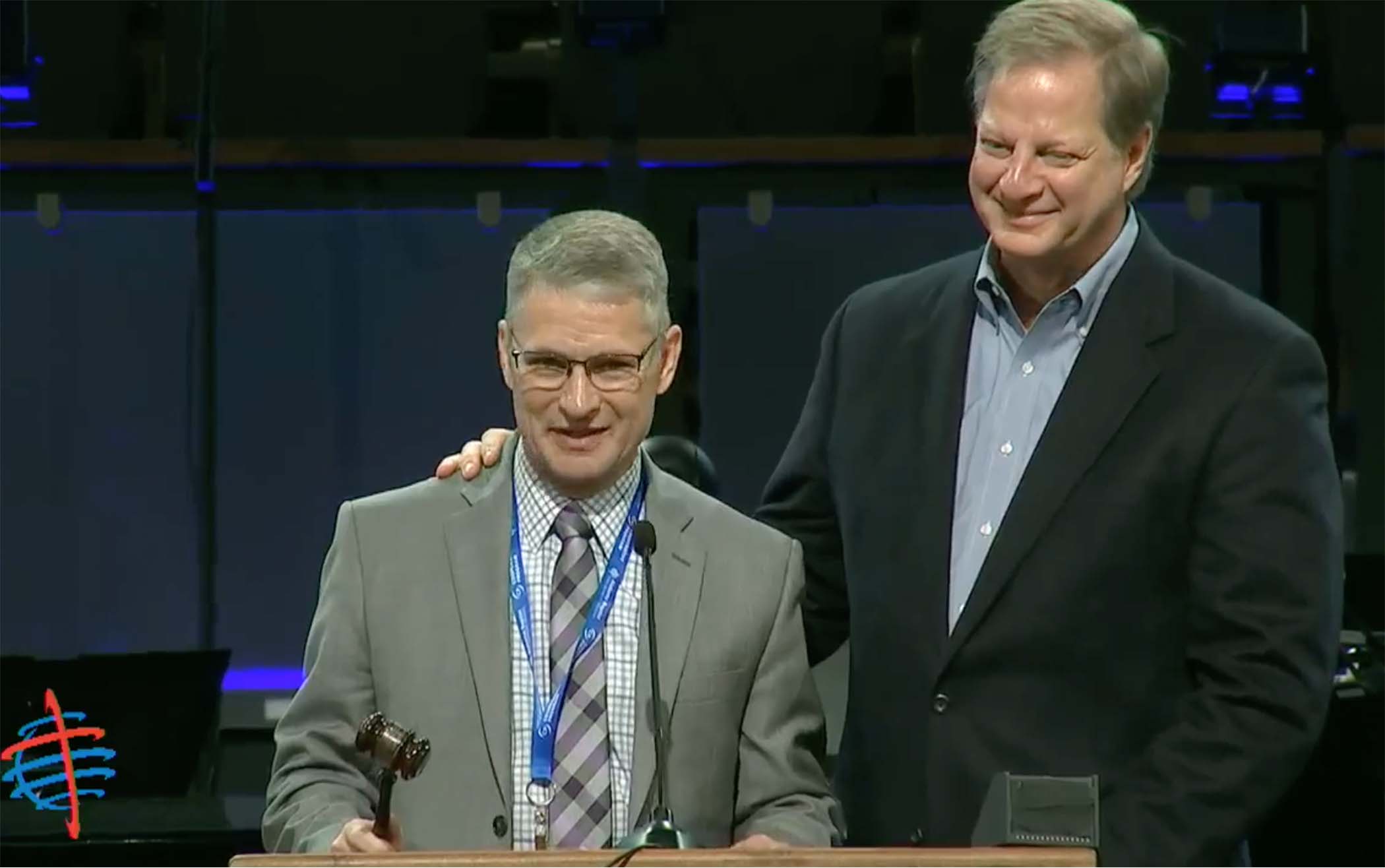 Tim Cox gavels out the 198th session of the Alabama Baptist State Convention and passes on the gavel to Buddy Campion. 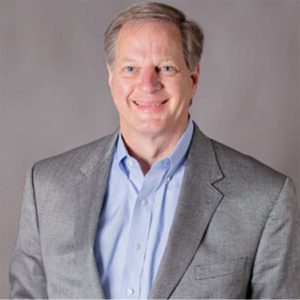 Buddy Champion was elected president at the Alabama Baptist State Convention. Champion is a father of four, and husband to Lynn for over 30 years. Buddy enjoys the outdoors, Auburn football, being with his family, and serving in his church.

Under Champion’s leadership, First Baptist Church in Trussville now has more than 5,000 active resident members and 6,291 on the total membership roll.

Blake Kersey nominated Champion for the election and described Champion as “humble, meek, and servant led,” and also the “Nick Saban of Alabama Baptist.”

“The pastor who faithfully serves the Lord by feeding his flock God’s word and caring for them individually,” Kersey said. “I can think of no greater example of faithful servant leadership in our state than Buddy Champion. Buddy is the most authentic, genuine pastor, leader, and follower of Jesus that I have ever had the privilege to serve under.” 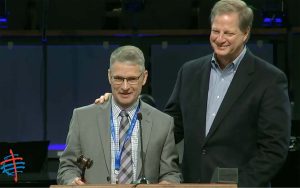 Tim Cox gavels out the 198th session of the Alabama Baptist State Convention and passes on the gavel to Buddy Champion.

Champion said he received a message from his wife when he was elected president that was hashtagged “to whom much is given much is required.”

“I pray that I live up to what is required to represent you well and represent our Lord,” Champion said.

Tim Cox gaveled out the 198th session of the Alabama Baptist State Convention as president and passed the president’s gavel along to Champion. Cox said he was glad to pass along the gavel to Champion.

“Buddy, I hand off to you and I know you will lead well as you have already done,” Cox said.