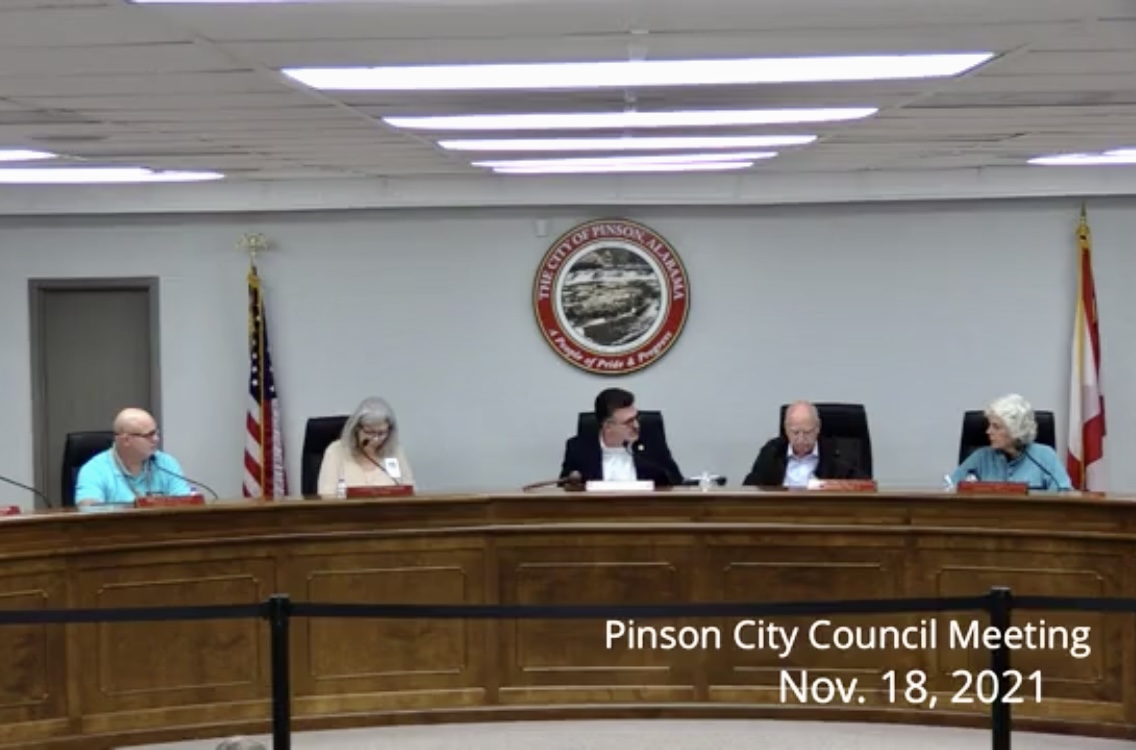 PINSON – The Pinson City Council passed a motion Thursday night, Nov. 18, 2021, to schedule a special-called meeting on Tuesday, Nov. 23, at 1 p.m., to discuss a bid made by Milam Construction for ADA improvements and other renovations to the Pinson Youth Sports Complex. 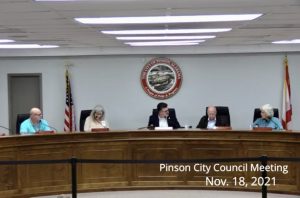 The bid opening was held Thursday, prior to the regularly scheduled council meeting. The purpose of the special-called meeting is to allow the council time to review the bid, but also to ensure the city meets its deadline for ADA compliance.

“We put out for bid at the Pinson Youth Sports Complex and the Palmerdale Homestead Community Center some ADA compliance issues that we need to address, and we had one bidder, Milam,” Public Works Director Eric Winfrey said. “It will address the remaining issues that we needed to address at both of those complexes. Now, PHCC did not have any mandated issues, but we addressed some issues to better accommodate that facility.”

The base bid made by Milam for the mandated ADA compliance issues was $179,378. However, Winfrey said that the bid also included two alternates.

“Alternate One addresses all the drainage and water issues associated at the Pinson Youth Sports Complex,” Winfrey said. “The reason we had that addressed is because, sooner or later, we’re going to have to take action on this. … This drainage issue addresses all the water that’s between the fields because we can’t get it off the field if we have nowhere for it to go. We cannot upgrade the football facility, the parking area, fix the driveway, until we address the water that comes off the hill.”

Winfrey said that Alternate Two, which includes improvements to the paved parking lot at the football field and the roadway down to it, can probably be removed from the bid and addressed locally for lower cost at a later time.

Before the special-called meeting, the city will receive a breakdown of everything that is included in the base bid and the two alternate bids, including the cost of each bid item.

Councilor Glenda Kirkland spoke on the first Pinson Trade Days, which was put on by the businesses of Main Street in Pinson on Saturday, Nov. 6.

“We had our first Trade Days … it was a success,” Kirkland said. “I think we had 46 vendors, not counting the merchants or the old (classic) cars, the people that owned them.”

The plan is to hold Trade Days on the first Saturday of each month, with the next event scheduled for Dec. 4, from 9 a.m. to 2 p.m. Due to winter weather, there will not be an event in January or February, but Trade Days will start back in March 2022.