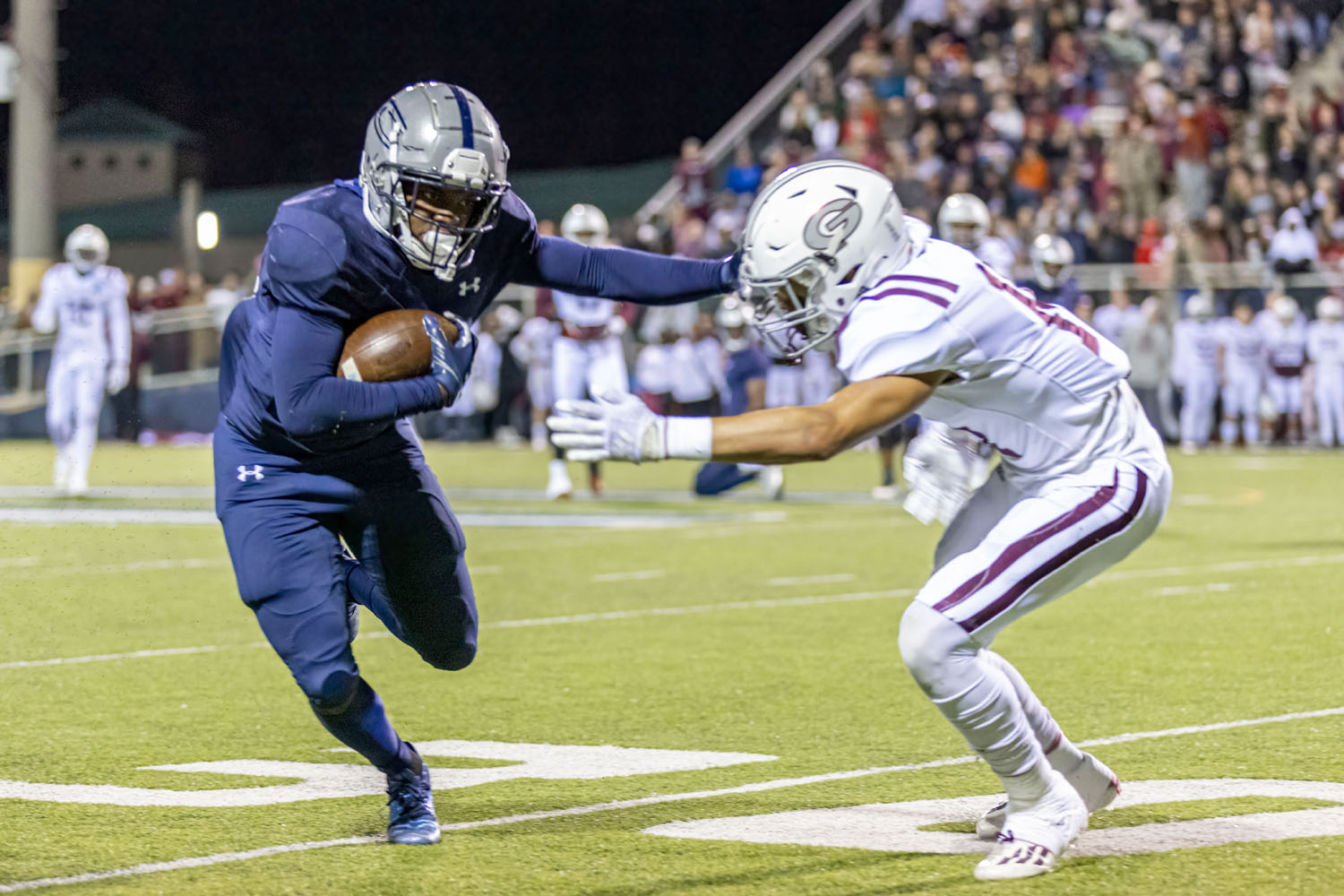 CLAY — The Clay-Chalkville Cougars advanced their way to the 6A State semifinal playoffs with a 50-44 overtime victory at home against the Gardendale Rockets Friday night. 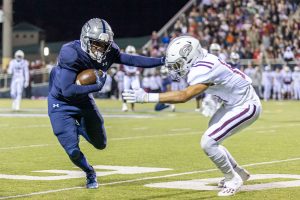 The Rockets tied things up in the waning minutes of the contest after fighting back to 44-41. But it was Clay-Chalkville’s defense that spoke loudest in overtime, stuffing a field goal attempt and then scoring on their OT possession to finally salt away the victory.

The Rockets hit the ground running with a touchdown run from LT Sanders on the opening kickoff to take the lead early 7-0 after the PAT. The Cougars answered quickly when Khalib Johnson found Marquarius White for a 50-yard touchdown pass followed by a 2-point conversion by Jaylen Mbawke to take the lead 8-6.

The rest of the first quarter would be a defensive standoff with neither team seeing the end zone.

Gardendale’s Sanders found his way through the Cougar defense to put up 6 to begin the second half, and after the PAT, the Rockets took back the lead 14-8 with 9:42 remaining. Cougar powerhouse Ed Osley barrelled through defenders on the Cougars’ next possession, taking back the lead with the help of a Khalib Johnson 2-point conversion, putting the Cougars up by 4.

That lead wouldn’t last long however, as Sanders ran for 59-yard touchdown on the Rockets’ next drive, making it 21-16 after the PAT.

“We can’t have those big mistakes. We got a personal foul that put us back 15 yards after a big first down. We just can’t do the stupid things,” Clay-Chalkville head coach Gilmer said following the win. “We had a lot of things going against us, it wasn’t ideal. We haven’t been in a situation like this and our guys continued to fight, continued to believe, and we get to live to see the next round.”

Two minutes later led to another lead shift as Osley found the end zone once again, along with Johnson to White on the 2-point conversion to give the Cougars a 24-21 lead. The Cougar defense held off the Rockets on their next possession, forcing a punt. Johnson soon found Mbakwe for a 45-yard touchdown pass to add to their lead, without the conversion, putting the Cougars up 30-21 going into halftime.

Johnson found Mario Craver for a 16-yard bullseye touchdown pass to increase the Cougar lead to 36-21 with 8:14 remaining in the quarter.

The Rockets bobbled the kickoff to give the Cougars back possession to which they took full advantage of, with Johnson finding Craver yet again for a 20-yard touchdown alongside an extra 2 points from Mbakwe on the conversion, making it a 44-21 ballgame. Osley would go out on the Cougars’ next possession, after being twisted up on a hard fought run and would not return. Gardendale answered late in the third with 0:11 left on a 56-yard touchdown pass to Sanders, cutting the Cougar lead to 16.

The fourth quarter came with a struggle defensively for the Cougars, allowing Sanders to tack on 7 more after the PAT, chipping away at the Cougar lead 44-34. The Rockets weren’t done fighting and added on another 7 with just under 5 minutes to go, making it 44-41 and again at the two minute mark with a field goal to tie it up 44-44. The Cougars didn’t make use of their next possession and the game would be decided by overtime.

The Cougars will travel to face Mountain Brook next Friday, at 7 p.m.

“We’ve got to execute,” Gilmer said. “We’ve got to go back to work and get better. Nothing is guaranteed this time.”