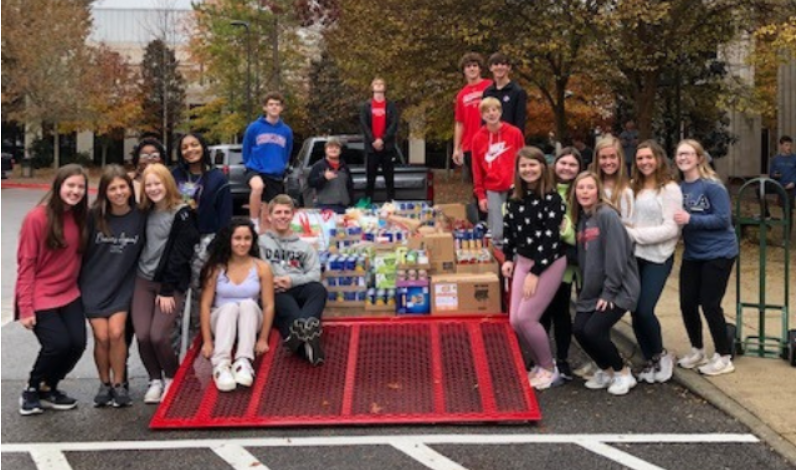 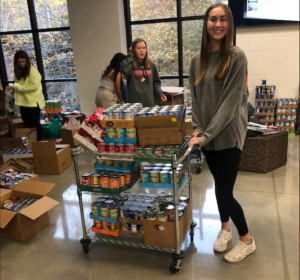 Students were asked to bring at least one canned food item to their first period class between those dates, which would provide at least 1,600 cans for donation to the T.E.A.M. food bank.

The class with the highest percentage wins a Chick-fil-A breakfast. This year’s winner was Mrs. Greene’s class, who donated 1,489 of the nearly 5,000 cans donated by entire student body.

On Thursday, November 18th, the SCA packed up the donations and loaded them into a trailer from the Trussville Fire Department, who then assisted in delivering the donations to the local T.E.A.M. food bank.