BIRMINGHAM — The Birmingham Police Department received a ruling in connection to the homicide investigation of a Bessemer man. 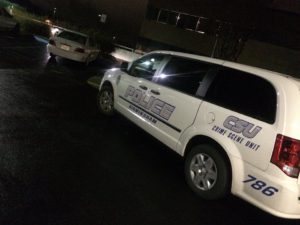 According to the Birmingham Police Department, 21-year-old Ahmad Cockrell‘s death has been classified as a justifiable death. Investigators presented the information gathered to the Jefferson County District Attorney’s office for review. Following the assessment, the Jefferson County District Attorney’s Office ruled the actions justifiable. This investigation is reclassified as a Justified Death Investigation.

The 911 Communication Division received a ShotSpotter alert of eight rounds fired in the 900 block of 44th Place North along with an emergency call of two people shot on Wednesday, September 22, 2021.

One male was found wounded but responsive and was transported to UAB Hospital with non-life-threatening injuries. Mauldin said the other adult male was outside on the ground unresponsive. He was pronounced deceased by Birmingham Fire and Rescue.

“The preliminary investigation indicates both males were acquaintances who became involved in a verbal argument that escalated to an exchange of gunfire,” Birmingham Police Sgt. Rodarius Mauldin said. “This was an isolated incident that occurred at a private residence.”

The Birmingham Police Department has 92 murders thus far in 2021 and 13 justifiable death investigations.