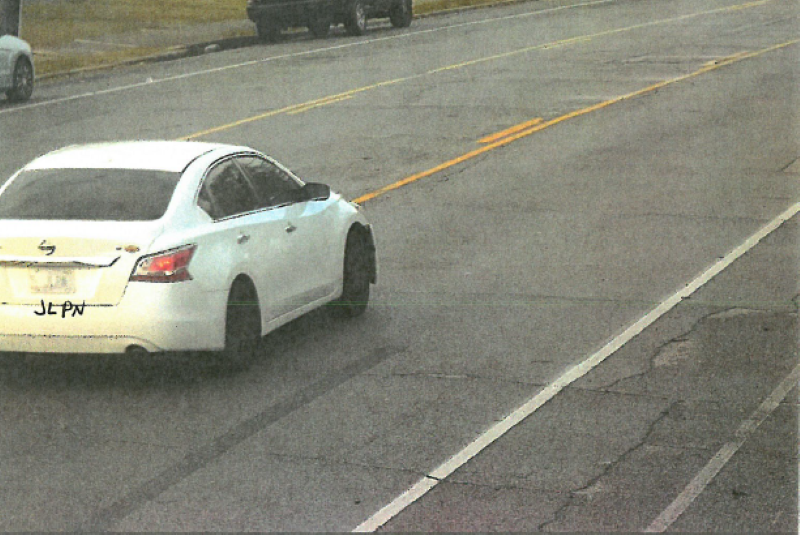 This Nissan Altima is being sought by Birmingham detectives who believe it's linked to a Thursday shooting that wounded three people, including a 6-year-old child. (Contributed photo)

From The Tribune staff reports
BIRMINGHAM — Detectives with the Birmingham Police Department are requesting assistance from the public in locating a vehicle which that may be connected to a shooting that took place on Thursday, November 18, 2021, which injured three people including a 6-year-old child. 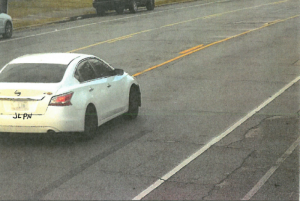 This Nissan Altima is being sought by Birmingham detectives who believe it’s linked to a Thursday shooting that wounded three people, including a 6-year-old child. (Contributed photo)

The vehicle is a 2015 White Nissan Altima 4D with black wheels. The vehicle has a registered Alabama Nurses Foundation Personalized license plate number: JLPN, Birmingham Police media relations officer Truman Fitzgerald stated in a press release. The vehicle was reported as stolen out of Birmingham on November 19.

Police are looking for the vehicle in connection with a Thursday, November 18 incident that occurred just after 4:00 p.m. The Birmingham Police
Department’s 911 Communications Division received a Shot Spotter alert of 10 rounds fired in the 4500 block of 5th Ave South. Officers responded and observed a disabled vehicle in the roadway riddled with bullets and damaged from a collision. Inside the vehicle, was 3 people wounded by gunfire.
The victims were two adult males and a 6-year-old boy.

The child was transported to Children’s Hospital of Alabama. The child’s injuries were originally reported as life-threatening but were updated to stable. The two adult victims sustained non-life threatening injuries. Another female occupant was inside the car at the time of the shooting. She was not injured during the incident.

“If anyone sees the listed vehicle BPD advises do not attempt to make anycontact,” Fitzgerald stated. “Dial 911 Immediately. If there is anyone with information on the location and identities of anyone who was driving or occupying the listed the vehicle, please contact BPD Felony Assault detectives at 205-254-1764 or remain anonymous by contacting Crime Stoppers at 205-254-7777.”