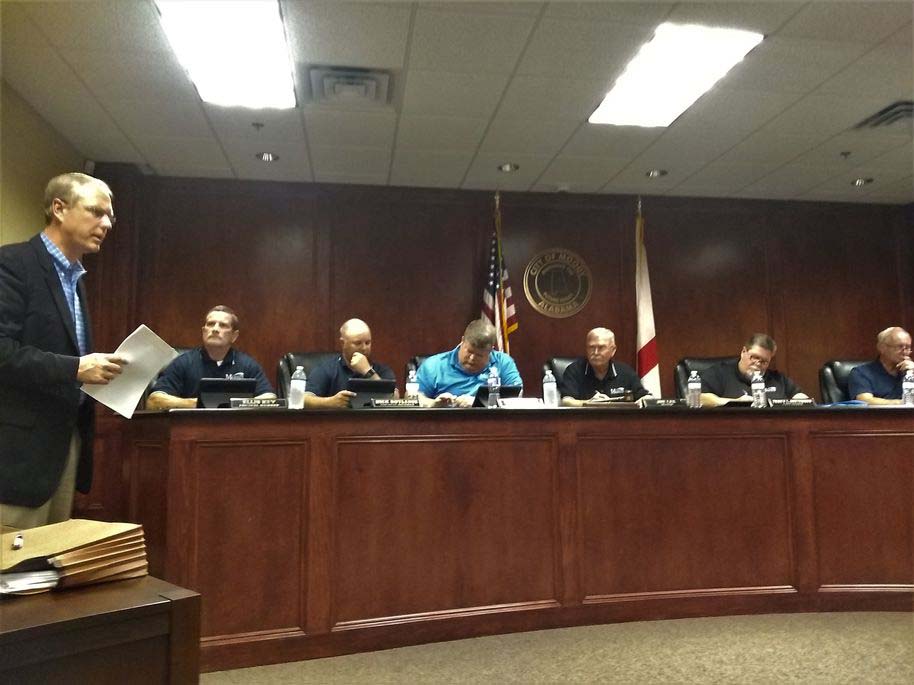 MOODY – A public hearing was held at a regular meeting of the Moody City Council on Monday, November 22, to consider entering into a development agreement with St. Clair County and TCG Crossroads Plaza, LLC. 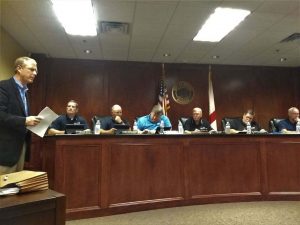 He added that the agreement also has a similar rebate concept with the county of a 50 percent rebate and up to a period of 10 years.

Hill said that the project falls under the requirements of Amendment 772, making it a “valid and sufficient” public service to the city.

St. Clair Economic Development Council Director Don Smith was the only one to speak from the audience during the public hearing.

“It’s allowing the city to be very proactive,” he said. “The developer has a lot of experience. The great thing is that it’s not coming out of [the city’s] pocket. It’s actually going to be funded from the generation of the activity of the new retailer coming in. So it’s a win-win for everyone: the citizens, the city, and also the developer.”

Afterward, a resident of Moody, Mike Benedict, spoke to the council about the private roads of his neighborhood in what he said was called the Cahaba Springs Lake. He stated that the roads in the area are in need of being paved but understood that the city doesn’t pave private roads.

Benedict said that he and other residents determined that they could not afford to hire a company to pave the roads. He asked the council for advice on what to do, and a discussion followed on options, including the city accepting the roads and streets if they are brought up to standards, though this would entail the residents paying for the repairs themselves.

Hill offered to speak with Benedict further about options to resolve this.

Later in the meeting, the council voted to approve a resolution for a fire protection upgrade using funds from the CDBG Economic Development Grant. This concerned the extension of a fire tank at Moody Commerce Park. The grant pays for 80 percent of the project.

The council also accepted the lowest bid and entered into a contract with Jet Pep, Inc. for the project for $99,150, which is in accordance with the terms and conditions of the CDBG grant.