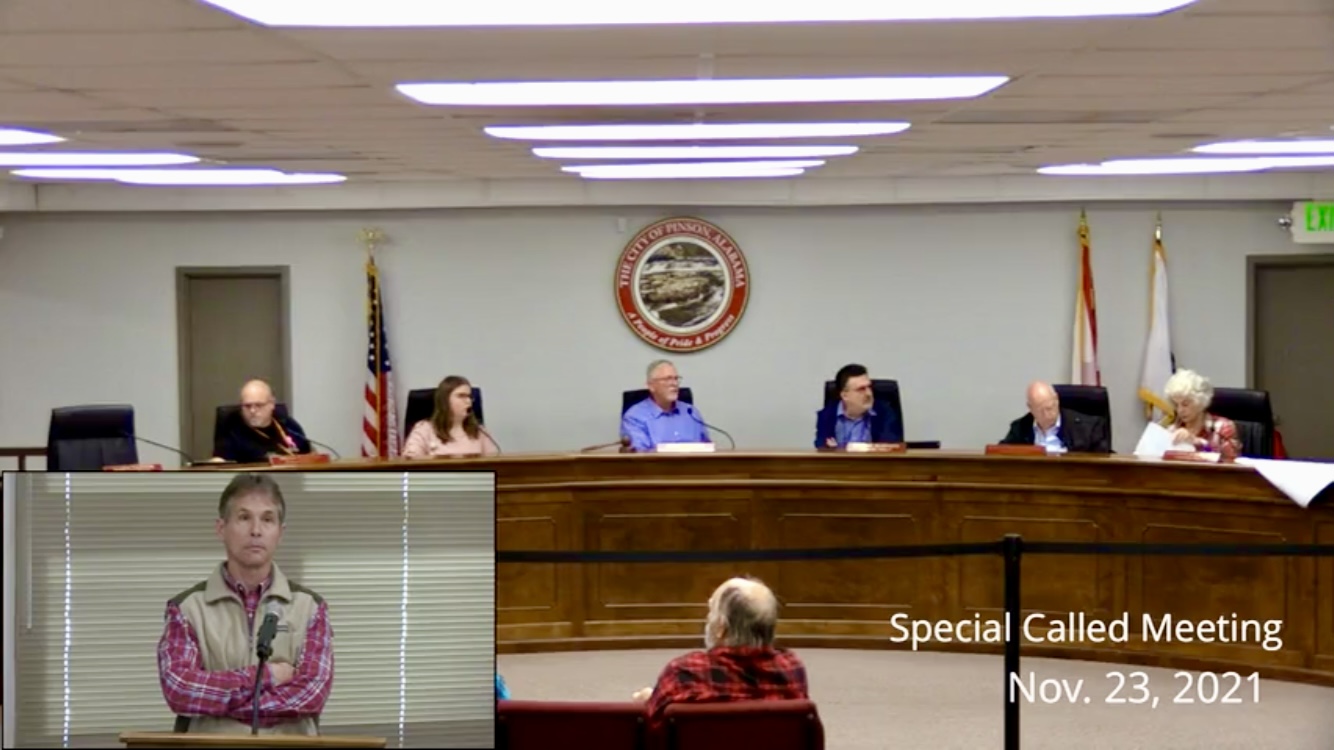 PINSON – The Pinson City Council held a special-called meeting on Tuesday, Nov. 23, 2021, at 1 p.m., to discuss a bid for renovations, including resolving mandated ADA compliance issues, at the Pinson Youth Sports Complex and the Palmerdale Homestead Community Center. 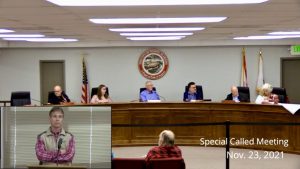 After hearing from architect Erik Hendon, of Hendon + Huckestein Architects, PC, as well as Pinson Public Works Director Eric Winfrey, the council voted unanimously to approve the base bid, which addresses all ADA issues, along with Alternative 1, which addresses flooding and water drainage issues at the ballpark.

“As most people in the public know, we are under a federal mandate from the Department of Justice to get specific things up to speed as it pertains to ADA compliance,” Mayor Joe Cochran said. “As I’ve contended all along, we should always strive to do that well, regardless of any kind of organization telling us we have to. But in this particular case, there are certain things that had to be done and we have hired an architect firm subsequently of taking bids.”

Milam and Company was the only construction company that bid on the project, which was divided into three categories: a base bid for the ADA issues, and two alternates.

“There’s base bid, which is general conditions, demo, asphalt, concrete and metals, and it’s $179, 378,” Cochran said. “That’s what we have to do, basically, and that spreads also up into the PHCC. There are a couple of handicap accessible ramps up there that I desired to have in better repair than what they are today and make sure they were compliant and more functional and usable. So, part of it is what we’ve elected to do, part of it is what we have to do.”

Alternate 1 would add to the base bid the cost of site grading and drainage improvements at PYSC. Alternate 2 would include the cost of asphalt paving, striping and other improvements for a finished parking lot adjacent to the football field.

“The next part of that particular project down there dealt more with erosion control, drainage and things of that nature, and a broader parking area down by the football field,” Cochran said. “Erosion control – part of that is going from the upper fields down to the lower parking area –there’s been a lot of problems there. We know we are going to put parking down in the lower area; well, the last thing we want to do is wash water across that, so part of that is directing all the water coming off that hill into one drainage system going under the parking area and out the back. That’s a major part of it. Another part is drainage between the fields; helping pull water off the fields and allowing them to drain properly.”

Cochran said these improvements have been needed for a long time.

“When the project started, it was specifically just to address the ADA-related items, which at the ballpark, specifically, was the parking area, as well as a few entrances, concession areas at the baseball field, and then the fact that there was not an ADA parking at the lower level adjacent to the football fields,” architect Erik Hendon said. “But as we were putting those drawings together is when the issue of all the other drainage concerns at the ballfield came up.”

Cochran added that the existing handicap parking area at the top, between the two fields, had a bad slope.

“So, basically, it’s going to be tearing that out and starting over and making it appropriate and right for ADA compliance,” he said. “There’s a few areas around the large concession stand building that had some entrance slope issues; those will be repaired, as well, as it pertains to the restrooms and the concession stand, itself. … Downstairs, where football is, we’re going to need to put in an ADA compliant parking pad for handicap parking down there … and then making sure the pathway is correct down to the concession area and to the area where the bleachers are. Also, I think there was a lowering of the window at the concession stand to give it the compliance that it needed to have.”

While the council approved the base bid and Alternate 1, they did not vote on Alternate 2. During the regular council meeting on Nov. 18, the council discussed the possibility of addressing that project locally at a lower cost.

The breakdown of what the council passed is as follows:

The next meeting of the Pinson City Council will be Thursday, Dec. 2, 2021, at Pinson City Hall, beginning at 7 p.m. A pre-council work session will be held prior to the meeting, at 6:15 p.m.