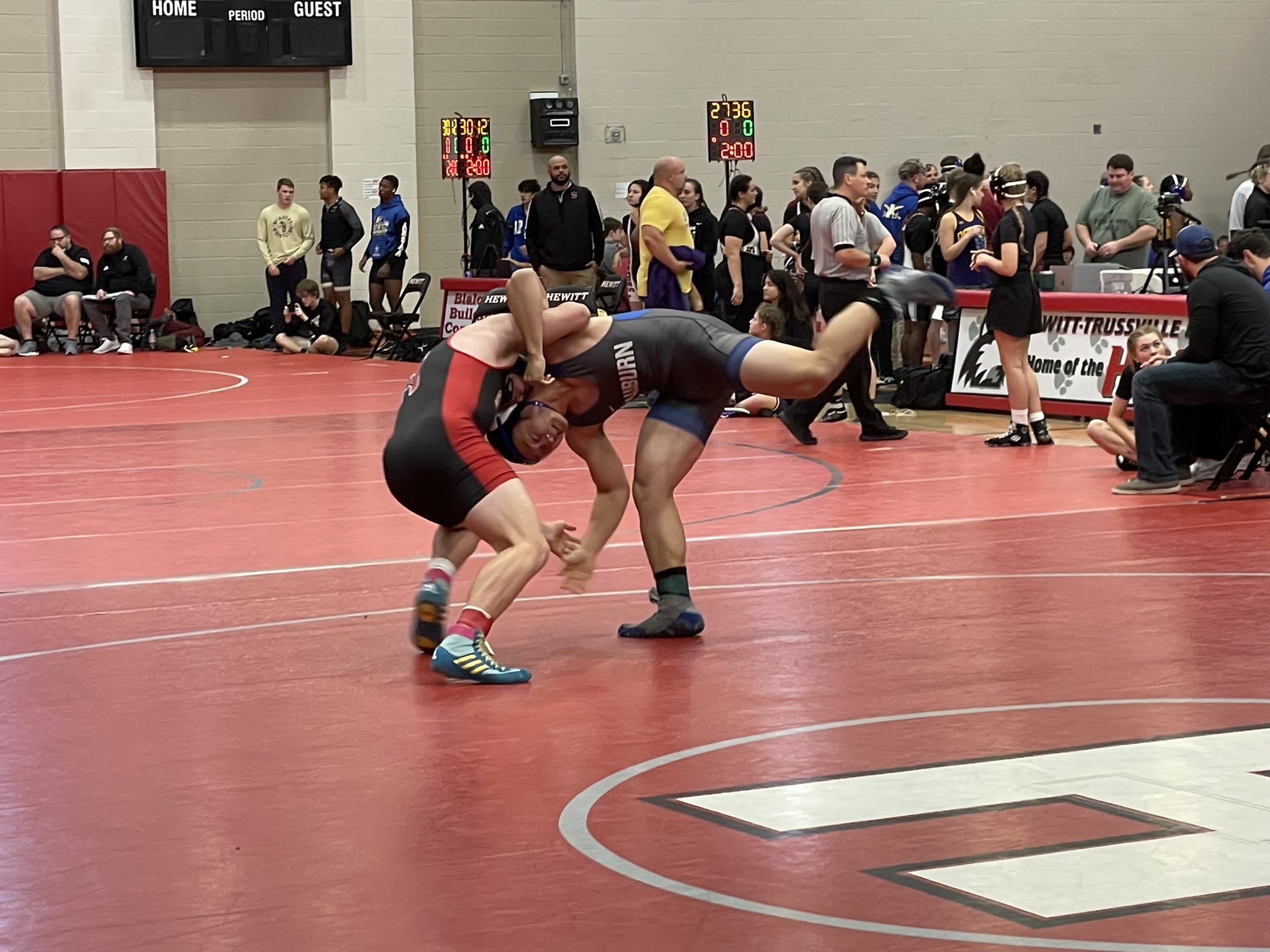 Hewitt-Trussville's Hunter Jones jockeys for position during a match against an Auburn wrestler on Wednesday, November 24, 2021. (Photo by Bobby Mathews)

TRUSSVILLE — Hewitt-Trussville faced Auburn High School in a first-round pairing of the Patrick Aaron Memorial Thanksgiving Duals on Wednesday, November 24, and blew the Tigers out, 71-6. 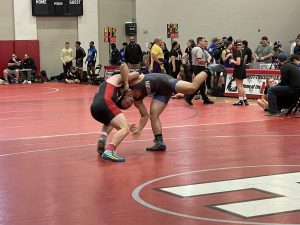 Hewitt-Trussville’s Hunter Jones jockeys for position during a match against an Auburn wrestler on Wednesday, November 24, 2021. (Photo by Bobby Mathews)

But the meet isn’t just about the Huskies, and it isn’t about winning, either. As the name of the meet suggests, it’s also about honoring the life of a Trussville man, Patrick Aaron, who died trying to help vitcims escape the wrath of Hurricane Katrina in 2005. Patrick Aaron graduated from Hewitt-Trussville in 1990. He was 35 when he died on August 30 that year. His father, David Aaron, died in January of this year.

“This is a very important dual for us,” Hewitt-Trussville wrestling coach Chris Pike said. “Historically, there’s always been an early-season dual in Trussville, and we incorporated the Patrick Aaron Memorial into it. Patrick was an alumnus of Hewitt; he was the first-ever four-time 6A state champion in the state of Alabama.”

The way Aaron lost his life was tragic, and the Hewitt-Trussville family wanted to honor him.

“He passed away while he was trying to rescue people from Hurricane Katrina,” Pike said. “This past year, we reached out to his family about renaming this event in his honor, and they were very receptive to it.”

Hewitt-Trussville has had a strong opening the season. On Wednesday, defending state champion Hunter Jones pinned his Auburn opponent in short order. However, Jones is still getting his wind back as he transitions from football, where he plays linebacker for the Huskies.

“I feel great. The transition from football to wrestling is not an easy one, but I feel like it’s been a good few weeks so far,” Jones said. “I feel like I’m adapting pretty well. But I’m not where I want to be. I feel like I still have a bunch of work to do before February when we have to go to sectionals and then state, but I’ve got the time to put in to get there.”

Chris Hawkins also won by pinfall against his Auburn opponent.

“I think we’re doing pretty well,” Hawkins said. “We’re still missing a couple of guys. Some of our heavyweight guys just came back from football, so we’ve got to get them re-accustomed and re-conditioned to wrestling, but I think overall we’re doing really well.”

This story will be updated with results from the meet.