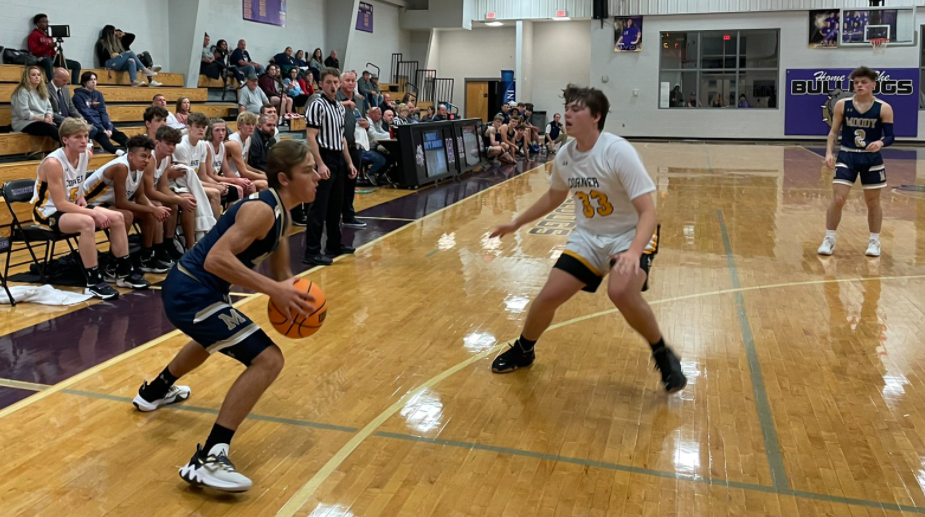 Moody takes down Corner to advance in Hanceville tournament

HANCEVILLE — The Blue Devils used a strong performance by junior Davion Dozier on both sides of the ball to stop a gritty but overmatched Corner squad here Wednesday night, 45-31. 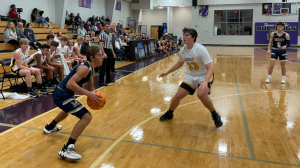 Dozier got Moody into the lead early, with a pair of offensive rebounds and an easy putback to open the scoring and then the Blue Devils clamped down defensively, keeping Corner scoreless until 2:32 left in the first.

Dozier finished with 13 points to lead all scorers. Kolby Seymour added 7, while Morgan Pinkney had 6.

The teams went into the half with Moody up 24-11. After the break, Adam Davis hit a layup on the back side when the Corner defense lost him. Moody pressed the next possession, forcing a steal by Dozier, who then drove the lane for an easy bucket. Mason Trimm extended the lead with a baseline drive and a layup.

“It was the matchups,” Dozier said. “They were in man a lot, so I was just able to take advantage of my matchup.”

Moody twice extended its lead to 20 points, but they weren’t able to sustain that margin. However, Mason Myers said that the Blue Devils accomplished what they set out to do.

“We came out here and we got business done,” Myers said. “We’ve got to come back Friday and play again, so we have to keep everyone healthy. We did that, so that’s good.”

The Blue Devils used nearly the entirety of their bench, shuttling in squads of five players during substitutions. It’s a tactic that allows players to know and depend upon one another more intimately, head coach Chad Bates said. It also allows his starters more rest.

“We’ve got good depth this year, so I don’t really feel like there’s that much of a drop off with our second group,” Bates said. “It helps in practice because everybody knows what spots to run, so we can kind of run five-for-five and it gives the starters a lot more rest. Last year we lost some games down the stretch at the end, so yes, we’re trying to keep them fresh, too.”