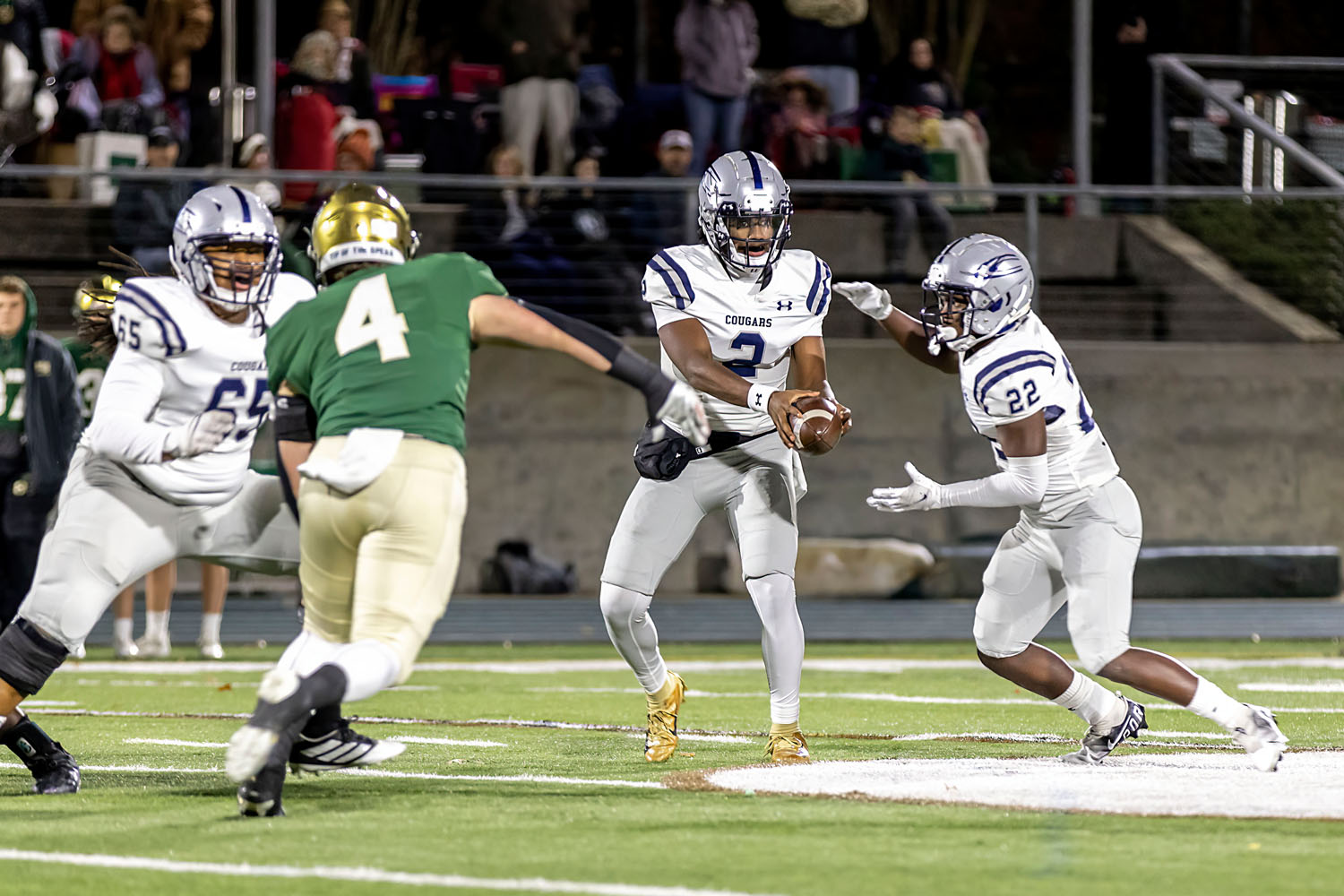 CLAY — Every time Clay-Chalkville needed something to happen on Friday night against a tough, disciplined Mountain Brook team, the senior running back answered the call. 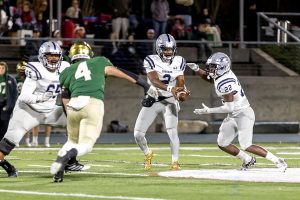 Osley ran the ball 19 times for 149 yards and scored three times as the Cougars finally overcame the Spartans 24-18 in the semifinals of the AHSAA 6A playoffs. His first touchdown put Clay-Chalkville up 6-0 after a one-yard plunge in the first quarter on third and goal with 7:04 remaining in the first quarter.

For most of the night, Osley was in the meat grinder, running between the tackles, keeping his pads low and driving for the hard yards. Mountain Brook dropped two safeties deep to keep the Cougars’ receiving threats in check and allowed their linebackers to try to stuff the line of scrimmage. It was a strategy that came perilously close to working for the Spartans. In the second quarter, Clay-Chalkville was held uncharacteristically scoreless.

Even with a passing score from quarterback Khalib Johnson to Jalen Mbakwe in the third quarter, the Cougars only managed to pull within three, 15-12.

But the fourth quarter was different. Osley broke free with nine minutes left in the game, tearing through a tiring Mountain Brook line and blasting past everyone for a 45-yard touchdown run to finally re-take the lead, 18-15.

After a Mountain Brook field goal to tie the game, time was running down. Mountain Brook’s strategy to slow down the game had clearly affected Clay-Chalkville. But when Johnson found Mario Craver in the flat on the left-hand side of the field, the sophomore wideout took the ball, ran all the way across the field and took the rock to the 15-yard line.

Osley hammered the ball home on the next play, giving the Cougars the lead again, 24-18, with 1:22 left in the game. That third score was enough, finally, to seal the win.

The senior running back has been only lightly recruited during Clay-Chalkville’s remarkable run to the 6A state championship game. He has been a reliable leadership presence in practice, and he’s been the workhorse in the backfield. This is his third time as The Tribune’s Player of the Week, having won the honor once in September and again in October.

With a Cougar win against Hueytown on Friday, December 3, 2021 in Birmingham’s Protective Stadium, Osley could make it No. 4 for the year.

The Player of the Week is sponsored by OrthoAlabama Spine & Sports. Also considered this week: Mario Craver, Jalen Mbakwe and Khalib Johnson.