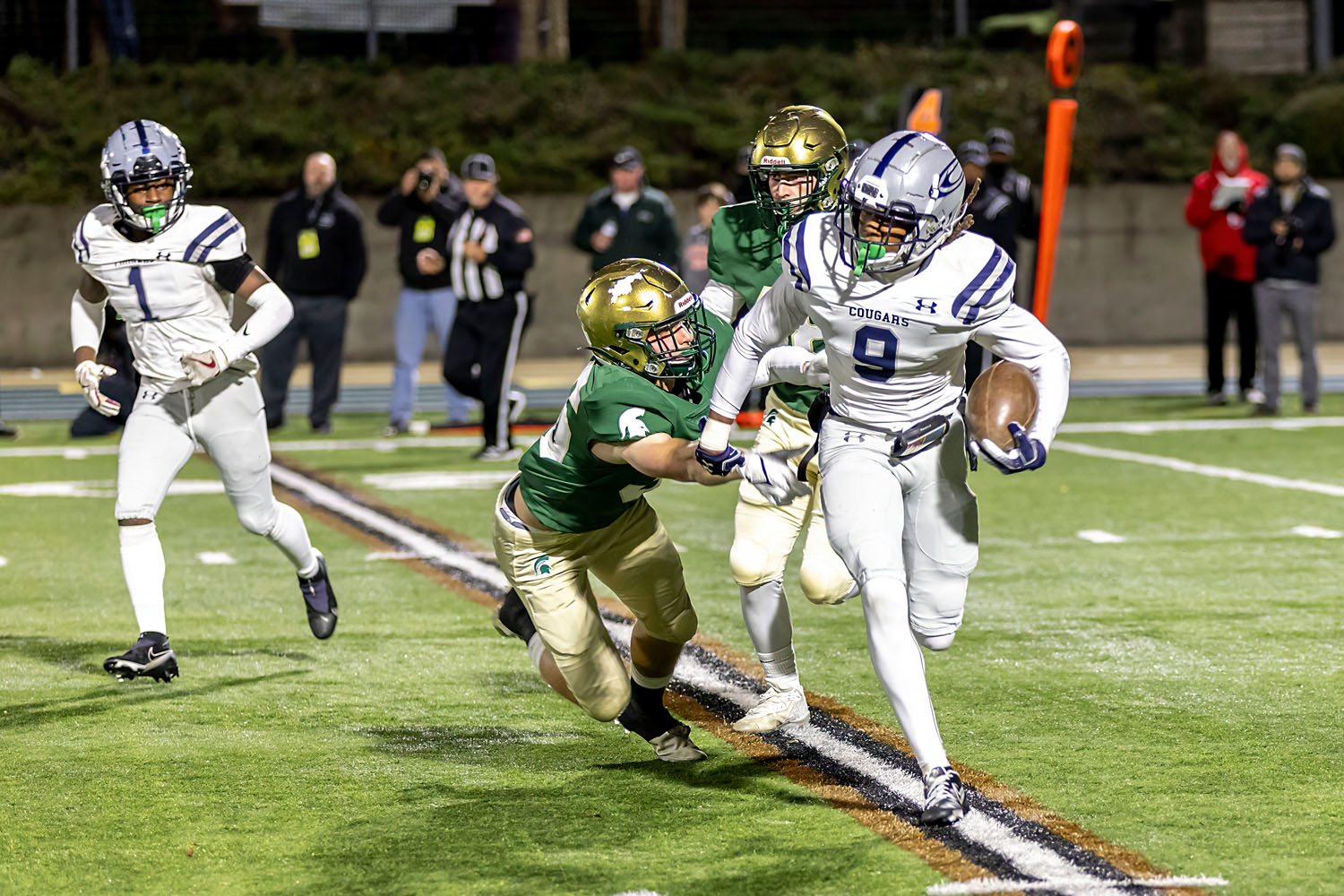 Team of the Week: Clay-Chalkville heads to 6A finals

CLAY — For much of the Friday, November 26, 2021 semifinal playoff game against the Mountain Brook Spartans, things didn’t look good for the Clay-Chalkville Cougars. 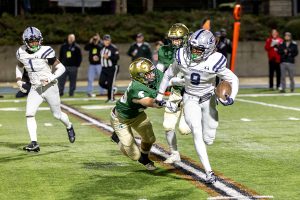 They were down 8-6 after one quarter and didn’t score at all in the second. A third-quarter touchdown pass from Khalib Johnson to Jalen Mbakwe pulled the Cougars to within three, 15-12. And then the fourth quarter came and a river of Cougars washed over the dam of the Spartan defense as Ed Osley scored twice to put Mountain Brook away, 24-18.

Khalib Johnson went 15-for-18 with a touchdown, but was unable to stretch the field for much of the game because the Spartans were playing two deep to try to keep Marquarius White, Mario Craver and Mbakwe under control. The big plays instead came in the running game, when Osley broke a 45-yard touchdown run with a little more than 9 minutes left in the fourth quarter.

After Mountain Brook kicked a field goal to tie the game at 18, Craver made what was probably the biggest play of the game, snatching a pass from Johnson in the flat and taking it 62 yards to set up a 15-yard scoring run from Osley on the next play. That made it 24-18, and that was enough.

Clay-Chalkville’s defensive unit rose to the occasion on the Spartans’ last possession. With around 30 seconds left in the game, a pair of incompletions forced a turnover on downs, and Clay-Chalkville punched its ticket for the 6A title game this Friday, December 3, 2021 at Protective Stadium in Birmingham.

Mountain Brook succeeded in slowing much of the game down, holding close to a six-minute edge in time of possession over the Cougars. They also had more offensive plays, 63-51. For much of the night, Mountain Brook kept the explosive Clay-Chalkville offense off of the field.

Late in the third quarter, the game felt like it was turning. The Cougars converted third downs (9-of-12, for 75 percent on third down) to only 8-for-21 for Mountain Brook. And when it mattered most, the defense stepped up.

Lamar Croskey recovered a fumble. So did Rondarius Sykes. Jayden Sweeney had 9.5 tackles and Sykes added 8.5. Jamon Smith and DJ Barber were a constant threat defensively.

For a stop unit that gave up 44 points the week prior, Clay-Chalkville stepped things up, limiting a Mountain Brook team whose only other loss was to 7A powerhouse Thompson to two touchdowns and a field goal.

Clay-Chalkville is The Tribune’s Team of the Week, sponsored by Courtesy Buick.