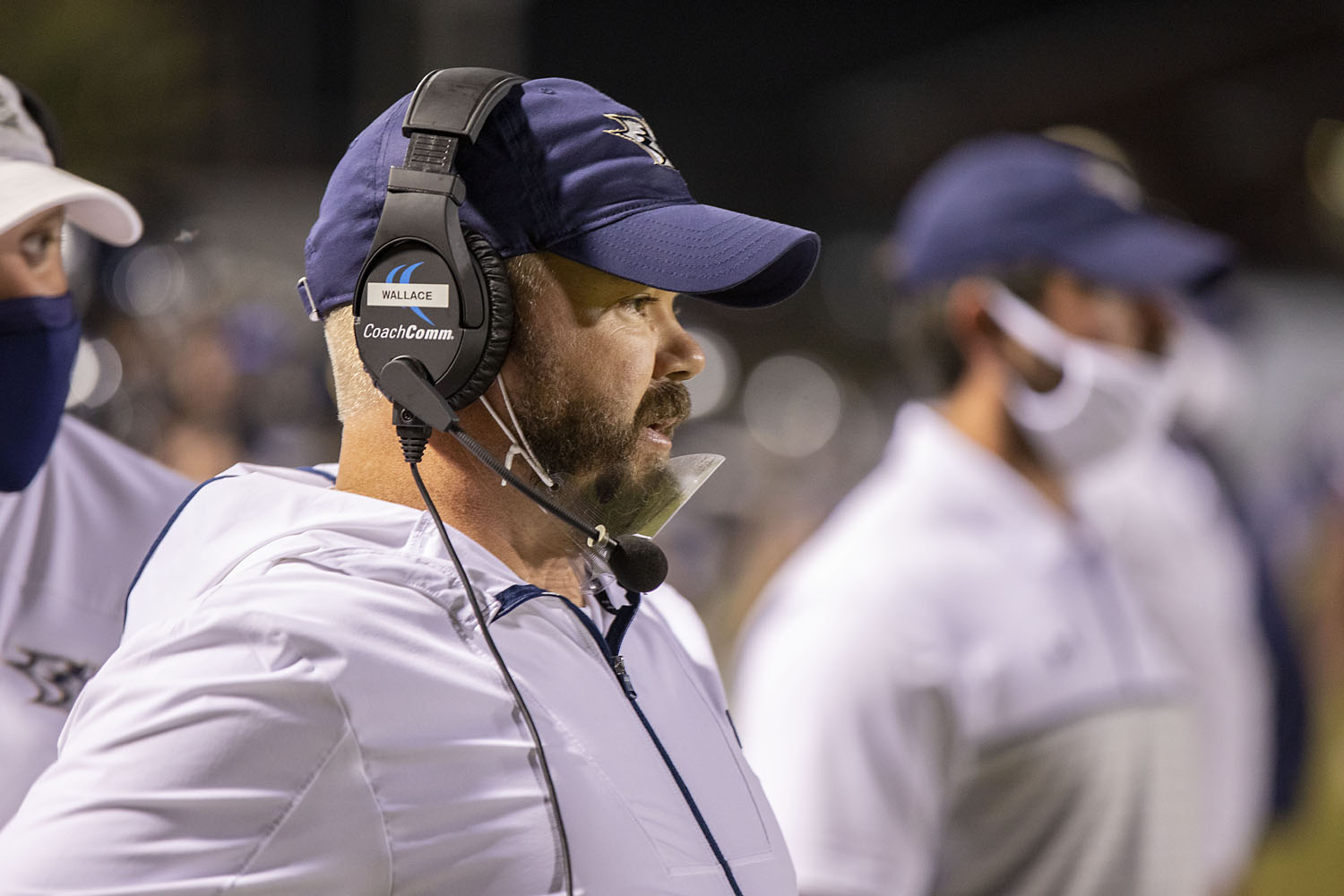 MOODY — Moody football coach Adam Wallace was relieved of his duties as the Blue Devils’ head coach on Monday, November 29, 2021. 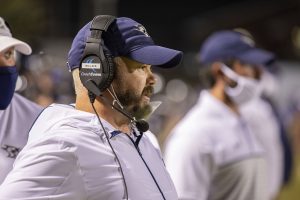 Moody head football coach Adam Wallace looks on from the sideline during a home game on Oct. 8, 2020.
Photo by Ron Burkett

Wallace, who led Moody to a 6-4 record in a turnaround season from the team’s 0-9 record in 2020, addressed the situation in a Twitter post today.

“I was informed yesterday that my time as head football coach at Moody High School was over,” Wallace wrote. “What a ride it has been for the last 4 years. Having the opportunity to come back to a place I call home has been such a blessing. I accepted this position with the understanding it would be a tough job but was ready to take on that challenge. I’m very proud of the things that we have been able to accomplish in my time here. To all of those who have welcomed myself and my family back home, I can’t thank you enough. There are too many people to name, but I’m truly indebted to each of you.”

The Tribune has reached out to Wallace for further comment. His son, A.J. Wallace, was the starting quarterback for the Blue Devils for each of the past two seasons.