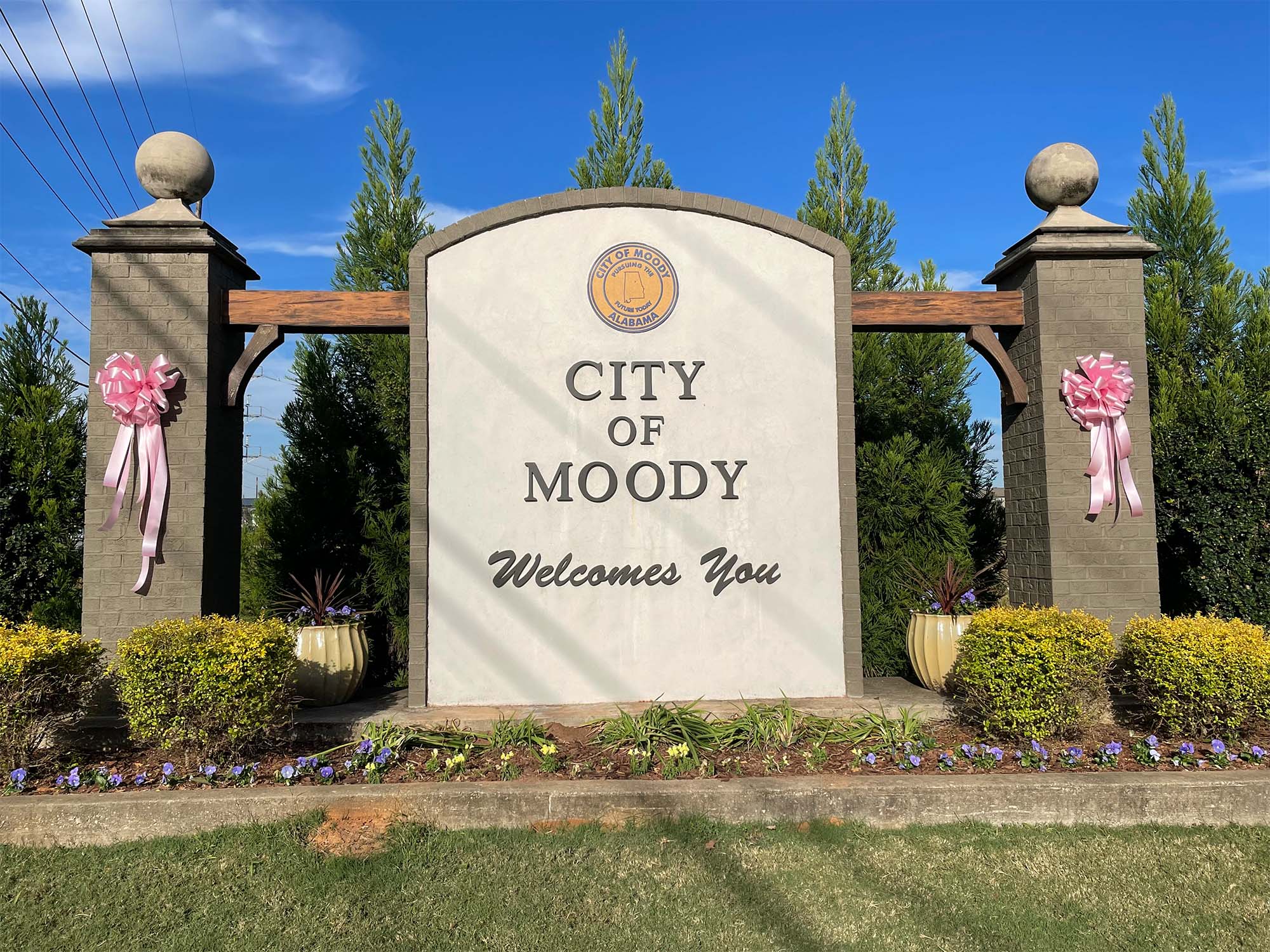 Moody invites you to “A Very Merry Disney Christmas” parade

MOODY — The City of Moody invites you to join them as they celebrate the Christmas Season at the 2021 Annual Moody Christmas Parade on Saturday, December 11, at 5:00 p.m. 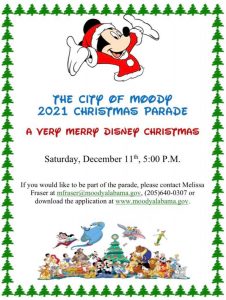 Light up the lights, strike up the band, and untangle that tinsel, the magic of Christmas is coming to Moody.

The theme of the parade this year will be “A Very Merry Disney Christmas.” The Moody Christmas Parade is a true Christmas tradition.  So bring your family and make some memories.

Land was recently awarded the “Key to the City” by Mayor Lee and the Moody City Council. Land represented the U. S. in the World Wrestling Championship in Hungary and brought home the 2021 Silver World Medal. He is currently ranked No. 2 nationally at 120 pounds. He’s won four Alabama State Titles with a 154 – 0 career record. In addition, he is a multi-time National Champion, multi-time All-American, and two-time USA World team member.

The Moody Christmas parade has become a family tradition, so bring the kids and make some magical memories.