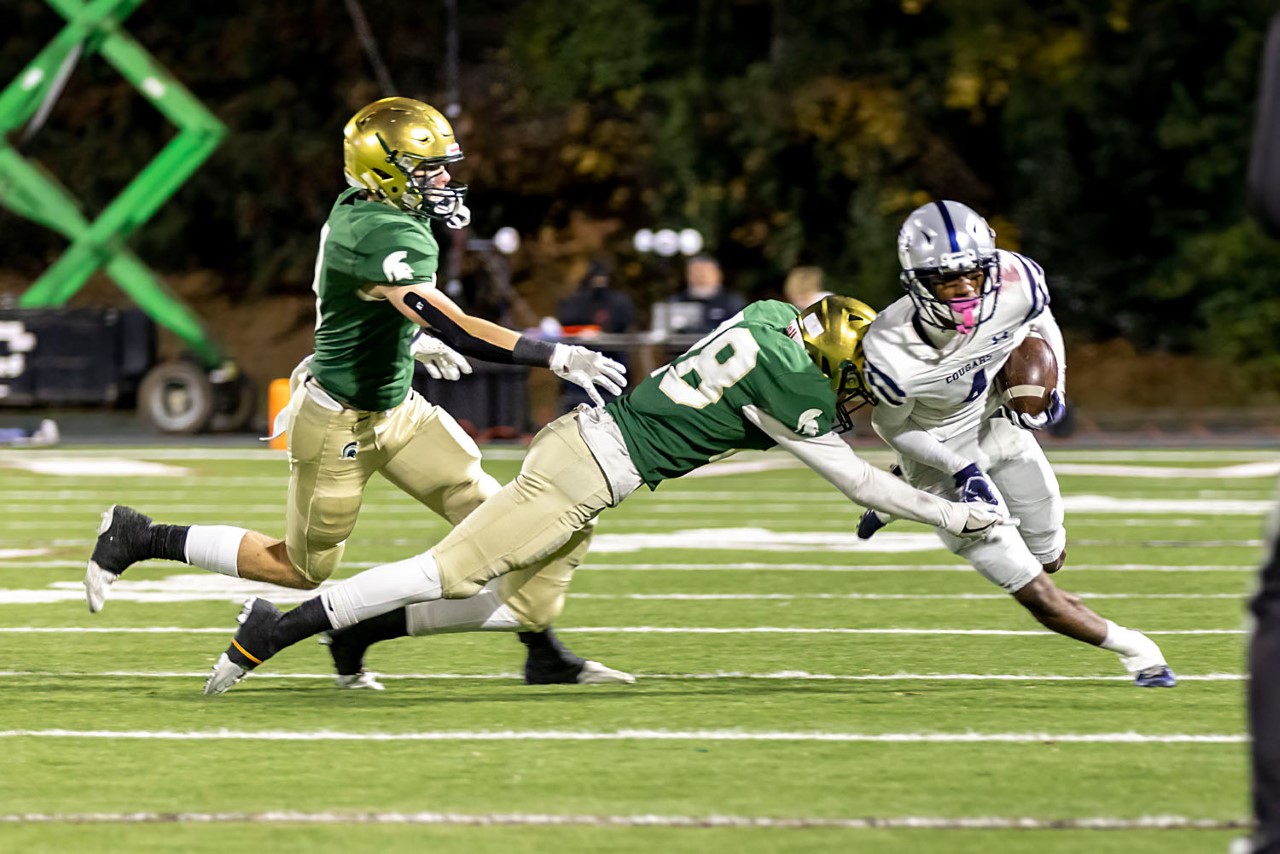 Headline: This time it’s for the title: Clay-Chalkville vs. Hueytown, Round 2

CLAY — This time, it’s for all the marbles. The Clay-Chalkville Cougars and the Hueytown Golden Gophers meet Friday, December 3, at 7 p.m. at Protective Stadium in Birmingham for the AHSAA 6A state title. 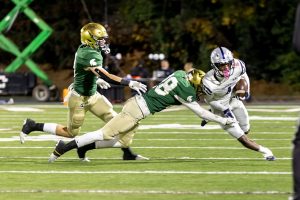 Clay-Chalkville will rematch against Hueytown, this time for the AHSAA 6A championship, on Friday, December 3. (Photo by Ron Burkett)

The Golden Gophers are hoping for a different outcome this time. Way back in August when these two teams first met, Clay-Chalkville raced out to a 36-0 lead and went into halftime up 36-6, eventually winning by 17.

The Cougars pulled most of their starters, and then things got interesting.

A furious comeback from Hueytown in the second half led to Clay-Chalkville’s closest win of the regular season, a 57-40 victory.

“We can’t let up,” Cougars head coach Drew Gilmer said following that victory. “We can’t assume anything, we gotta come out and finish the second half no matter who’s in, what the situation is, we have to execute every single play. We’re lucky we came out with a win right there.”

It was the only game the Golden Gophers lost all season.

In that first game, the Cougars got on the board first thanks to a 58-yard reception by Marquarius White with 8:36 left in the first quarter. An Ed Osley touchdown put made it 12-0 after the Cougars held Hueytown scoreless on the ensuing drive.

It looked like a boat race early. Johnson started off the second quarter with a pass over the top to White for 19 yards. With Osley working in the trenches and establishing the run against the Hueytown defense, Johnson was able to hit White for a 9-yard touchdown pass. The two-point conversion was good on a pass from Johnson to Amari Howell and that put the Cougars up 20-0 with 9 minutes of football to go in the half.

The Cougar defense held Hueytown to another 3-and-out on their next possession. Osley found the end zone on a six-yard run at the end of a six-play drive that saw the Cougars rack up four first downs. Another two-point conversion — this one run in by Cam’ron Williams — made it 28-0 for Clay-Chalkville.

Matthew Yafondo picked off a Hueytown pass to give the ball back to Clay-Chalkville.

On the next possession, Johnson found White again for a touchdown, sending the Cougar lead to 36-0.

It was a nightmarish first half for the Golden Gophers. And one they hope not to relive.Hueytown has blitzed through the playoffs, beating opponents easily. They’re averaging just over 47 points per game, while only giving up an average of 14 points.

A potential wrinkle for the Cougars is the emergence of sophomore sensation Mario Craver, who has been adept at taking the ball in the flat and making something happen at just the right time. Three times in the playoffs — against Decatur, against Briarwood Christian and against Mountain Brook — Craver has come up big for his team.

In that first game against Hueytown, the Cougars didn’t need him. This time they might.

Britney Bailey contributed to this report.