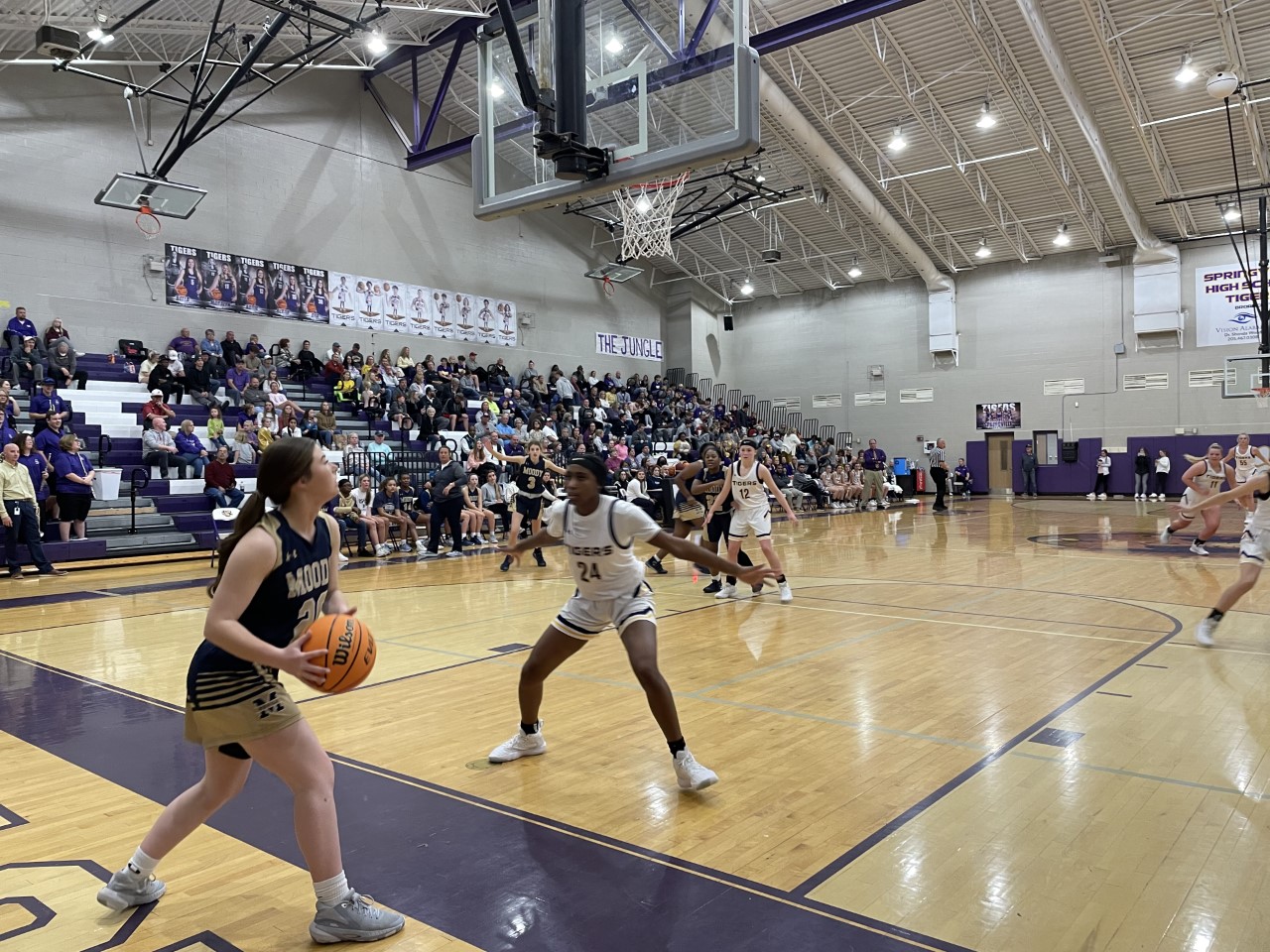 After falling behind 17-16 in the opening frame, Springville came out with a dominant second half to beat Moody on Tuesday night. (Photo by Bobby Mathews)

SPRINGVILLE — The Springville Tigers overcame a sluggish start and pulled away in the second half to beat Moody 66-47 here on Tuesday night, November 30, 2021. 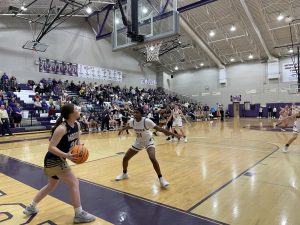 After falling behind 17-16 in the opening frame, Springville came out with a dominant second half to beat Moody on Tuesday night. (Photo by Bobby Mathews)

The Blue Devils led 17-16 after the first period, but Abbie Talton buried a three-pointer late in the second and Makalyn Kyser made two free-throws to put Springville up 33-29.

Tigers head coach Warren House said that Springville had to find the right chemistry to put the Blue Devils away. When that happened, the defense stepped up and the offense fell into place.

“We actually started playing a little defense,” House said. “Early on we didn’t really play defense, didn’t rotate. They shot the ball well, and we were flat-footed. We changed the defense, worked through some lineups and found a lineup that was working together, and that was part of it. We weren’t clicking early, and then we got a group that was clicking.”

For Moody, there were just too many mistakes for the Blue Devils to make a run in the second half. With 4:08 left in the game, the Tigers went up 58-38.

Talton led all scorers with 23 points, while Bella Bullington added 17 and Farrah Hawkins scored 13 for the Tigers. Talton surpassed 1,000 career points with the victory.

“I’m really proud of it,” Talton said following the win. “It’s a great accomplishment. I’m always in the gym with my sister, Audrey, and we’re shooting all the time.”

Talton poured on the points and the defense created turnovers, pushing the Tigers to an insurmountable lead.

“I think their ability to make layups off our inability to press them made the difference,” Moody head coach Rebecca Davis said. “We tried, gave it a very valiant effort. Springville’s height gives them a very good advantage to where they can get over our pressure just enough, and I think those breakaway layups were the difference. We were close, but every one of our miscues here and there, they capitalized on.”

The Tigers adjusted their defense, which led to scoring opportunities, House said.

“We wouldn’t have had a chance to score all those points if our defense hadn’t stepped up,” House said.