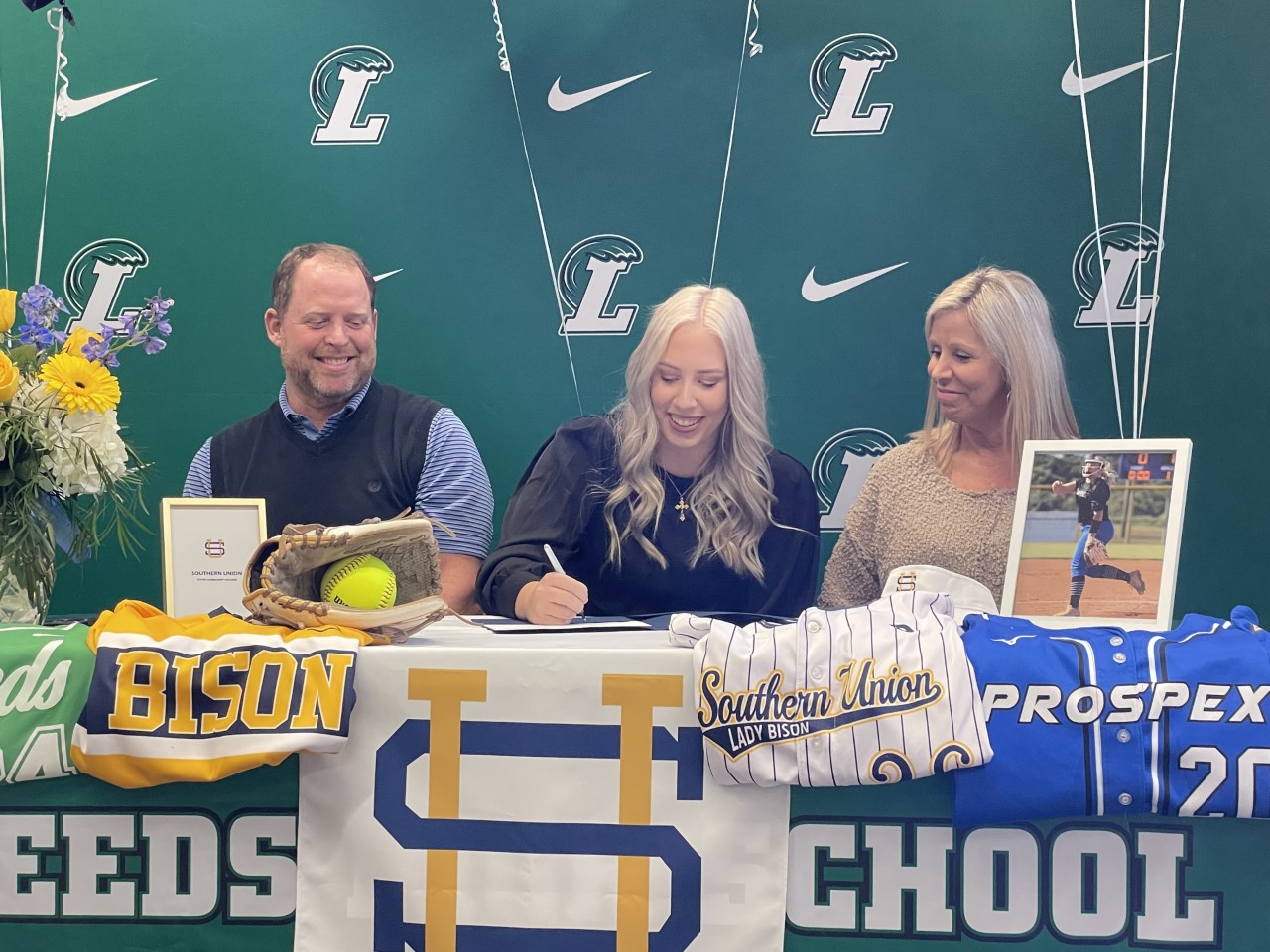 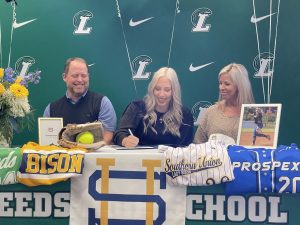 Machen, who was key in the circle for Leeds last season due to injuries, plans to play for two years at Southern Union and then transfer to Auburn to pursue a nursing degree.

“I couldn’t be more excited for a player than I am for Emma,” Leeds head coach Erin Wright said. “She stepped up pitching for us last year due to injuries and really came through and matured as a player and person.”

Machen chose Southern Union because of the way she felt that she fit in at the program, she said.

For Machen, her junior season, when she was called upon to be the driving force in the circle for the Green Wave due to injuries to other players, was a turning point.

“I’d pitched a lot for several years before, so I was kind of ready for it,” she said. “I just did what I had to do for the team.”

Machen is a quiet leader on the Leeds squad, coaches say.

“She’s a super competitor,” Wright said. “She wants to win every time she gets on the field. She works at her craft every day, day in and day out. She’s a great asset to our program. If you watch her on the field, her work ethic just bleeds out when she’s on the mound and in the batter’s box,” Wright said. “She doesn’t let the opponent affect her. She really works hard.”

And that experience and competitive fire for Machen is something that coaches see year-round, but especially when she takes the pitcher’s circle.

“Emma is a quiet leader,” said assistant coach Brian Gulock. “She works really hard in the offseason, and when she gets in that circle she becomes a totally different person. In her eyes she’s better than you, and she’s gonna come at you hard and expects to get you out. She got asked to do a lot more this last season and had to carry the team for a lot of innings and threw well with a really young team.”