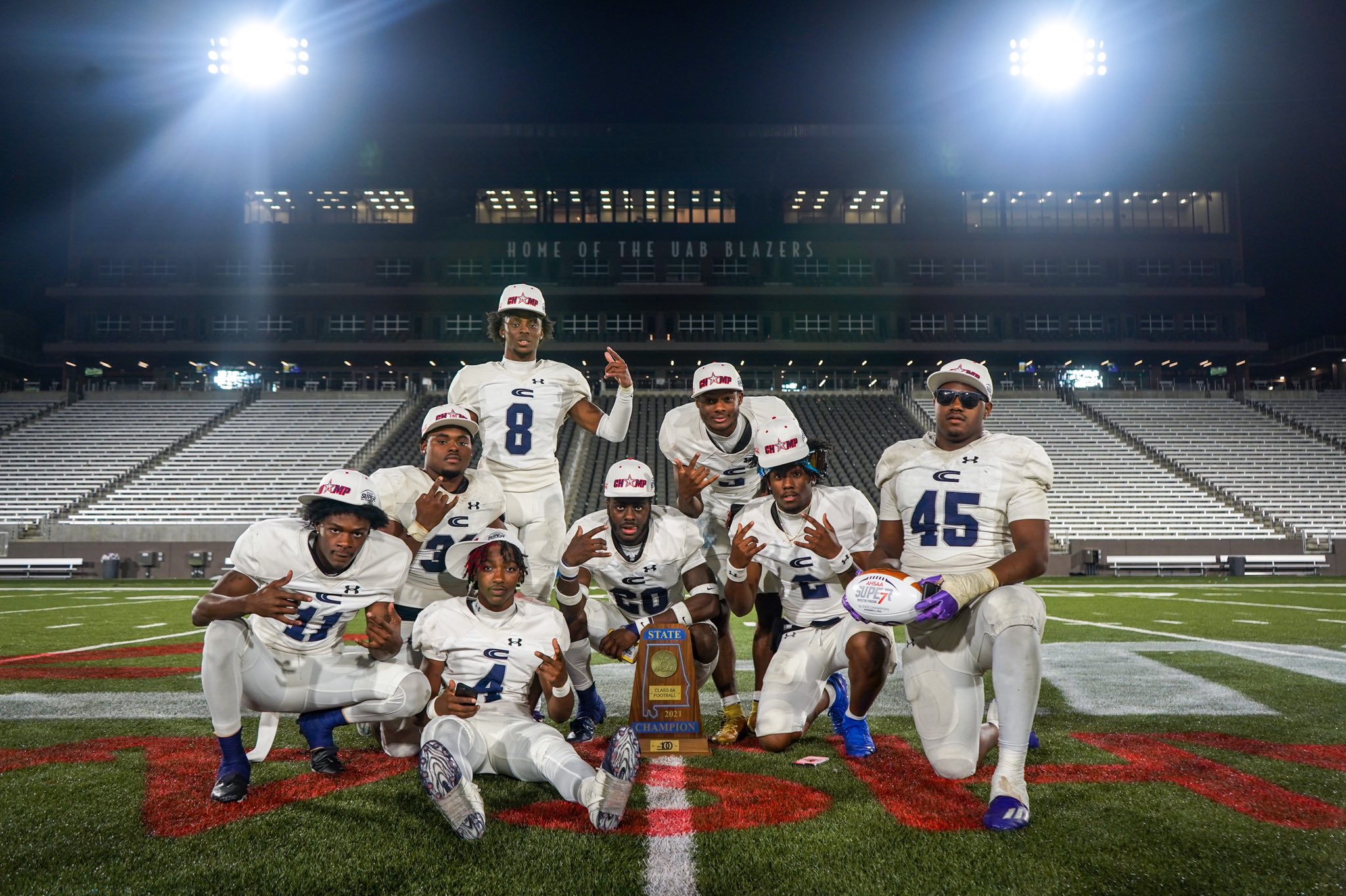 Clay-Chalkville's Nate Owens (No. 8) overcame a torn pectoral muscle prior to his senior season to help lead the Cougars to the AHSAA 6A title on Friday night, 46-42 over Hueytown. (Photo from Clay-Chalkville football)

BIRMINGHAM — While senior running back Ed Osley is the unquestioned MVP of Clay-Chalkville’s 6A championship football team, spare a thought for wideout Nate Owens. 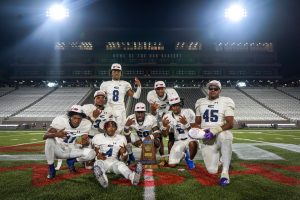 Clay-Chalkville’s Nate Owens (No. 8) overcame a torn pectoral muscle prior to his senior season to help lead the Cougars to the AHSAA 6A title on Friday night, 46-42 over Hueytown. (Photo from Clay-Chalkville football)

Owens wasn’t supposed to be on the field Friday night as the Cougars took on Hueytown in an instant classic, winning a 46-42 shootout. Prior to his senior season, he suffered what should have been a debilitating injury.

“At the beginning of the year I was told I wouldn’t be able to play my senior season because I tore my pectoral tendon,” Owens wrote on Twitter following the victory. “Through perseverance and faith I was able to make a quick recovery and assist my team to a perfect season!”

While Owens only had two catches for 24 yards during the title game, one was a 15-yard scoring pass from Khalib Johnson early in the third quarter that extended the Cougars’ lead to 28-14. Owens was part of a Clay-Chalkville squad that racked up 419 total yards and 20 first downs on 46 plays, converting 7-of-13 third downs and going 1-for-2 of fourth down attempts.

With 17 seconds on the clock, Owens made the play that sealed the deal and brought the 6A championship home to Clay-Chalkville. After Hueytown scored late to pull within four points, the Golden Gophers lined up for an onside kick to try to recover the ball.

Instead, Owens stepped up and scooped the ball safely into his arms to retain possession for Clay-Chalkville. On the Cougar’s next offensive play, Johnson knelt down to run out the clock, and Clay-Chalkville won, 46-42.