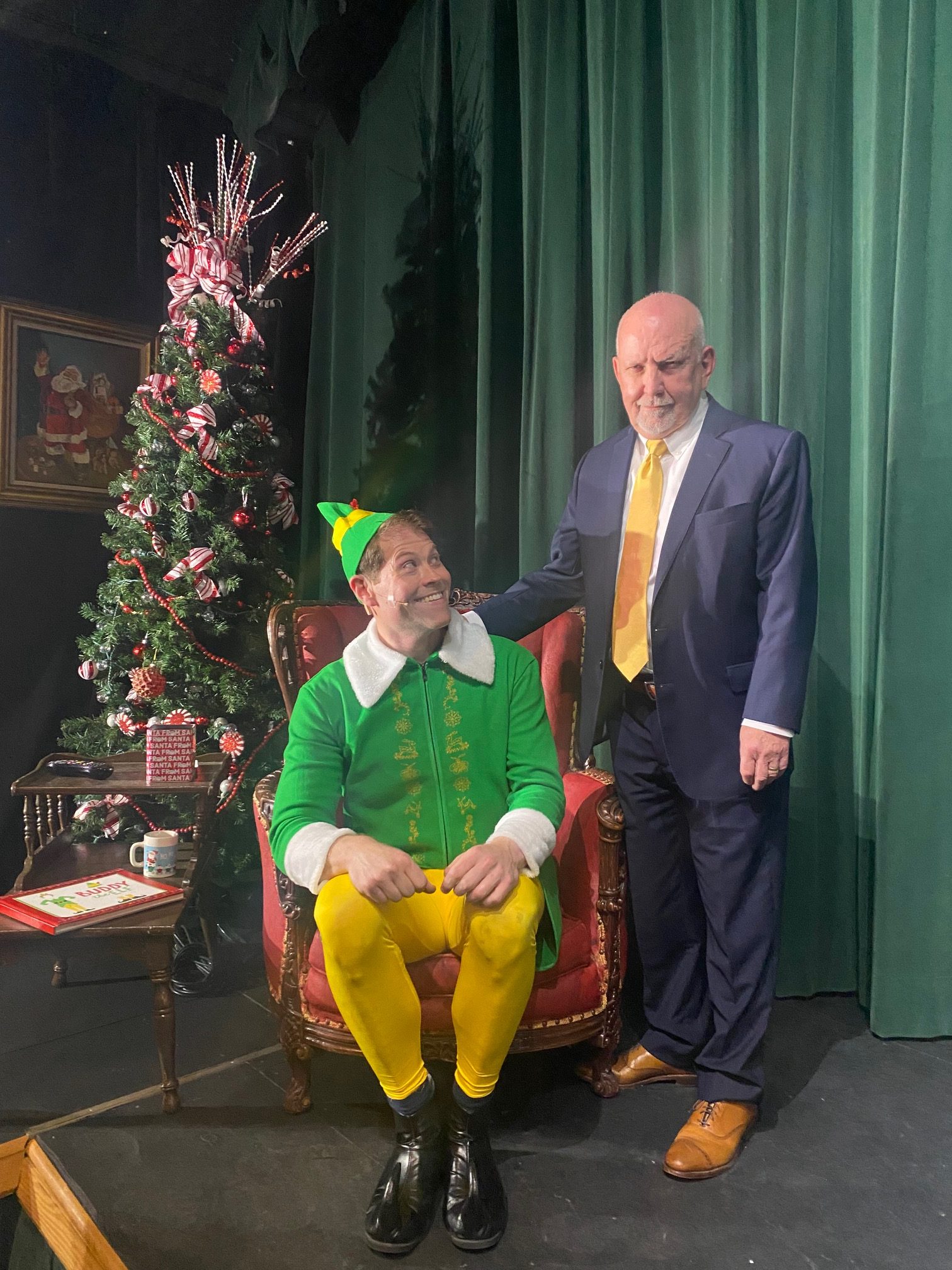 Pictured: Josh McDaniel as Buddy the Elf; and Bill Bright as Mr. Greenway after a performance of Elf the Musical at ACTA Theater (photo by Tanna M. Friday)

TRUSSVILLE — A popular Christmas movie comes to life on the stage of Trussville’s ACTA Community Theatre. ‘Elf The Musical” opened on Thursday, December 2, 2021.

Based on the beloved holiday film, this hilarious fish-out-of-water comedy follows Buddy the Elf in his quest to find his true identity. The would-be elf is raised, unaware that he is actually human, until his enormous size and poor toy-making abilities cause him to seek the truth.

The production is staged by Trussville’s ACTA Community Theater and features all of your favorite characters from the movie, including Jovie, Fake Santa, Walter Hobbs, Mr. Greenway, Buddy the Elf, and many more. 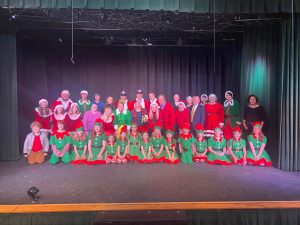 Director Lynne Long shares that the show stays true to the movie, but adds songs and dances to help tell the story with 13 songs written for the stage including a crowd favorite, “Sparklejolltwinklejingley,” sung by Buddy, Jovie, the store manager, and Macy’s elves.

Josh McDaniel, who stars Buddy the Elf, is delightfully animated creating a heartwarming show. His performance adds joyful smiles and laughter to the stage and audience making the story “better than a bracelet made out of hair and 1000 butterfly kisses.”

The musical adds much more depth to the story, providing much more of Buddy’s story such as his emotional character development not seen in the film.

“Josh and I were discussing how much we like the music and message of the play,” said Long. “He brought up a good point. Even though he enjoys Buddy’s speech in Central Park about what Christmas means, the elf did leave out the most important thing – the birth of a baby boy so long ago who would change everything. Jesus is the true meaning of Christmas. May that comforting thought stay with you and yours during this blessed season and throughout the new year.”

ACTA Theater is located at 225 Parkway Drive, Trussville between Cahaba Elementary and the Trussville Library. Tickets are available for purchase at www.ACTATheater.com. Ticket prices are $15 for adults, $12 for seniors, and $10 for students.