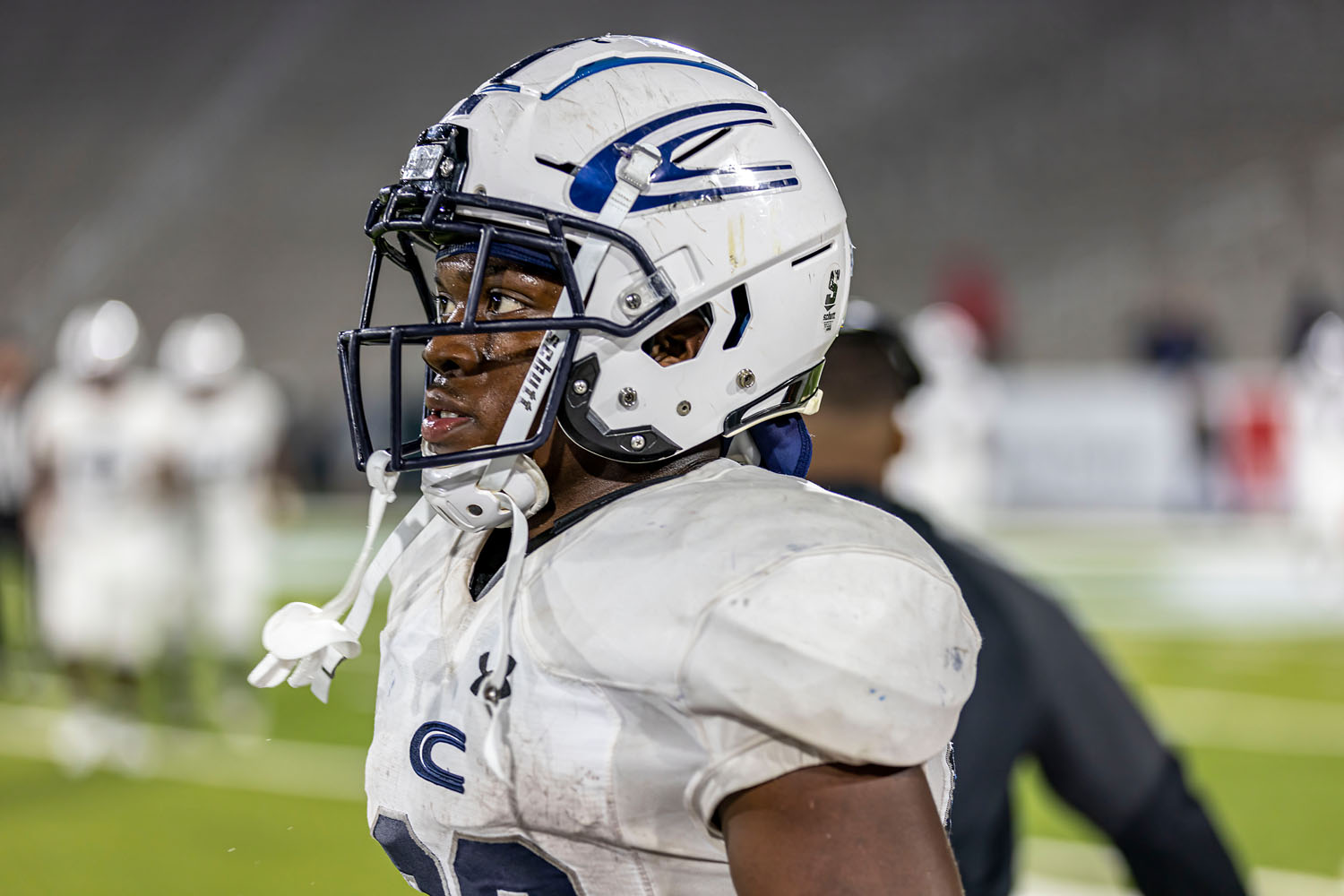 Clay-Chalkville's Ed Osley scored 5 times in a shootout win over Hueytown in the 6A title game on Friday, December 3. (Photo by Ron Burkett)

CLAY — If you’re tired of hearing about Clay-Chalkville running back Ed Osley, imagine how Hueytown feels. The senior eclipsed 2,000 yards on the season and scored five rushing touchdowns to lead the Cougars to the 6A state championship over the Panthers, 46-42 on Friday, December 3, in Protective Stadium. 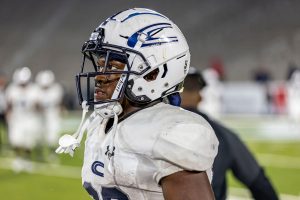 Clay-Chalkville’s Ed Osley scored 5 times in a shootout win over Hueytown in the 6A title game on Friday, December 3. (Photo by Ron Burkett)

This is the fourth time this season that Osley has been named Player of the Week.

Osley got the scoring started with a 33-yard scamper, coming in motion from the right side where he was bunched with three other receivers. He then took a handoff from Khalib Johnson and split the Hueytown defenders, racing past everyone to the end zone.

There were times when the Golden Gophers stuffed Osley, but it was never enough to matter as he racked up 157 yards in the title game. He was so dangerous that Hueytown began to load the box. On Clay-Chalkville’s last score, the Golden Gophers put nine men in the box and left Mario Craver wide open for an easy pitch-and-catch to score.

Late in the game, Johnson handed Osley the ball on 4th-and-2. Osley broke off 10 yards for the first down.

“You watch us all year in those situations and we have the guys to make those types of plays,” Clay-Chalkville head coach Drew Gilmer said. “We believed in our line up front. We knew going into the game it was going to be a big deal to establish a run. We couldn’t get impatient with three and four yard runs, the longer we could keep their defense out on the field the better and we knew we could break them.”

Osley has been only lightly recruited during his senior season. The 6-foot, 195-pound tailback may find that things have changed now that Clay-Chalkville has won the 6A championship and he was named the game’s MVP.

After the game, the quiet Osley told reporters that he knew he was going to get the ball a good bit as Clay-Chalkville worked to establish the run. But he didn’t expect to see the end zone five times.

“I didn’t expect that,” Osley said. “The O-line started stepping up and I just felt good. I love playing with my team and coaches, and I just want to thank them for helping me get better every practice. I had a lot of confidence and I knew I had to make plays.”

Osley has been one of the most consistent players in the state, running nearly 300 carries this season, gaining 2,000+ yards and 33 touchdowns while only fumbling once. While a future playing somewhere in college awaits him, Ed Osley can be satisfied that he led his team to a state championship.