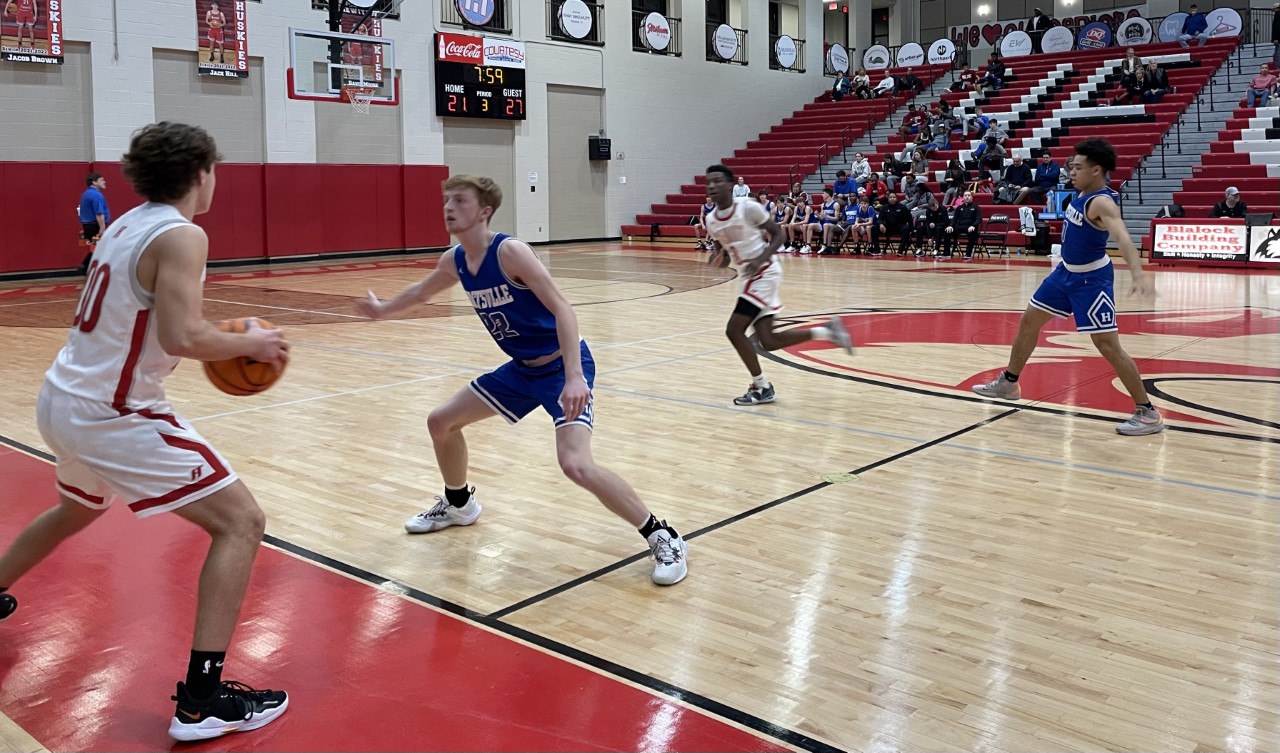 Hewitt-Trussville had trouble with the press all game against Huntsville. (Photo by Bobby Mathews)

TRUSSVILLE — The Hewitt-Trussville boys and girls basketball teams celebrated their seniors here Tuesday night, with the girls taking a win while the boys struggled. 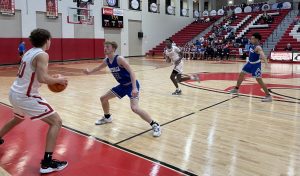 Hewitt-Trussville had trouble with the press all game against Huntsville. (Photo by Bobby Mathews)

Hewitt-Trussville broke out to a 6-2 lead early, but had trouble with Huntsville’s full-court press, falling behind in the first frame, 17-8. The Huskies struggled in the second period, falling behind at one point by 10. However, by the time halftime rolled around, they were only down by six, 27-21.

Coming out of the break, Legion Gaston hit a three-pointer to cut into Huntsville’s lead, and a few moments later Tyler Blake dialed long-distance to get the score within 3, 32-29.

But the Huskies couldn’t sustain that production, and Huntsville went into the fourth period down by 9, 38-29.

Ray Rolley hit from three to start the Huskies’ scoring in the final frame, pulling Hewitt-Trussville to within six. Huntsville wouldn’t relinquish the lead, however, as the visitors pulled out to a 12-point lead with 3:30 left. Blake banged another three to cut the game to single digits again, but Huntsville kept Hewitt-Trussville off-balance for the rest of the game.

Audre Benson led Hewitt-Trussville with 27 points as the Huskies blew out Huntsville in the second half. April Hooks had 17, while Jordan Hunter scored 13.

The Huskies came out of halftime with a 30-24 lead, which they quickly expanded, using a pesky full-court press to cause turnover. Audre Benson’s layup made it 48-30 with two minutes left in the third, and then she hit one of two free throws to make it 49-30 with 1:19 left in the third.

Entering the fourth, it was Hewitt-Trussville 49, Huntsville 32.