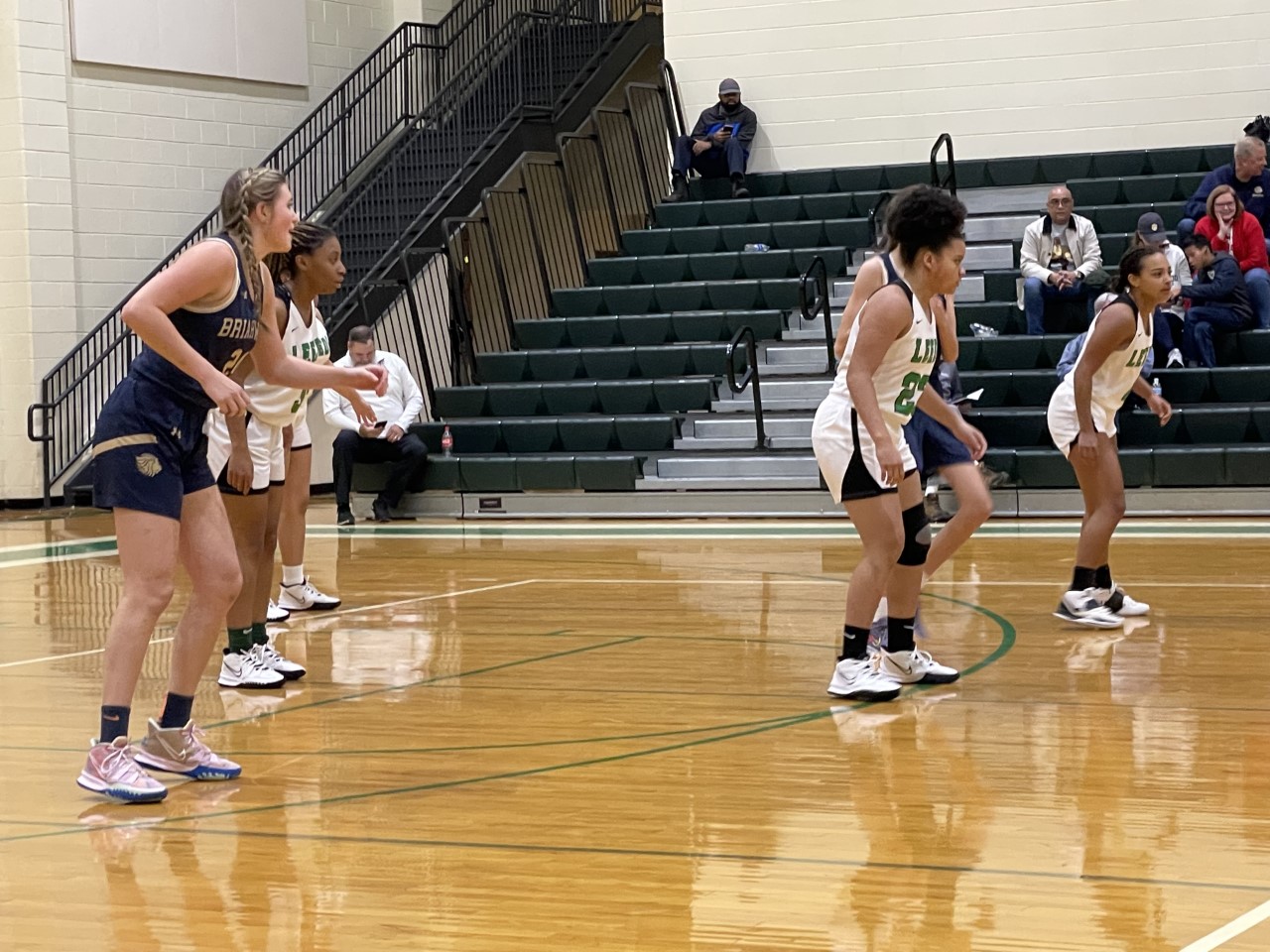 Leeds' girls basketball team completed a comeback for the ages, coming back from 19-0 at one point in the first quarter, and then from 19 down at the half to defeat Briarwood Christian, 44-41. (Photo by Bobby Mathews)

LEEDS — Green Wave senior Zoie Galloway hit a three-pointer at the buzzer to take Leeds High School into the break down 31-12 at halftime, and then led a scrambling comeback in the fourth quarter that saw Leeds take the lead late and hang on for a 44-41 victory here Thursday night. 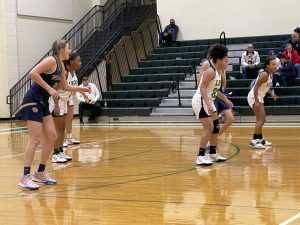 Leeds’ girls basketball team completed a comeback for the ages, coming back from 19-0 at one point in the first quarter, and then from 19 down at the half to defeat Briarwood Christian, 44-41. (Photo by Bobby Mathews)

At the end of the first half, Galloway had 75 percent of the Green Wave’s total points. That percentage would drop, as Galloway and Katelyn Sims each totaled 14, while Paige McKinney had six.

Leeds cut the lead to single digits with just over six minutes to go in the game after Galloway intercepted a pass and threw it ahead to a streaking Sims for an easy layup. Moments later, Galloway found herself in traffic, but had enough awareness to turn to the basket for a quick layup. With 4:07 left in the game, the Green Wave forced Briarwood into a timeout, and the Green Wave was down only three points, 35-32.

“First of all, Briarwood is a really good team. They play great man-to-man defense, get right up in your grill, and sometimes we have trouble handling that,” said coach Brian Gulock. “We’ve had some trouble making good decisions off the court, so we had two players suspended for the first half of the game, and that shows just how valuable they are.”

Leeds cut the Briarwood lead to 12 going into the final frame.

“That’s where we wanted to be,” Gulock said. “We thought if we could cut it to 10 going into the fourth that we had a shot, and the energy was just so much different in the second half.”

With 2:47 left in the game, McKinney stole a pass and streaked down the court for a layup and Leeds found themselves with a one-point advantage, 35-34.

Jazmyn McGee hit a short shot off the glass from inside the paint, and then Sims grabbed an errant pass and again drove to the basket. The shot fell, and Sims was fouled. She couldn’t hit the free throw, but the Green Wave led 42-37.

Briarwood Christian wasn’t done, however. With time ticking down, the visitors clawed back to 42-39 and then 42-41. A turnover meant that Briarwood had the ball and potentially the last shot to win.

With less than 10 seconds left in the game, Sims repeated her earlier play, swatting the ball out of the air and driving to the goal. She put Leeds up 44-41 with four seconds left on the clock. A desperation 3-pointer from Briarwood was off the mark, and the Green Wave completed the comeback.

The second half was a remarkable turnaround as Leeds trailed 19-0 until 1:18 left in the first quarter, when Galloway hit two-of-two from the free-throw line.