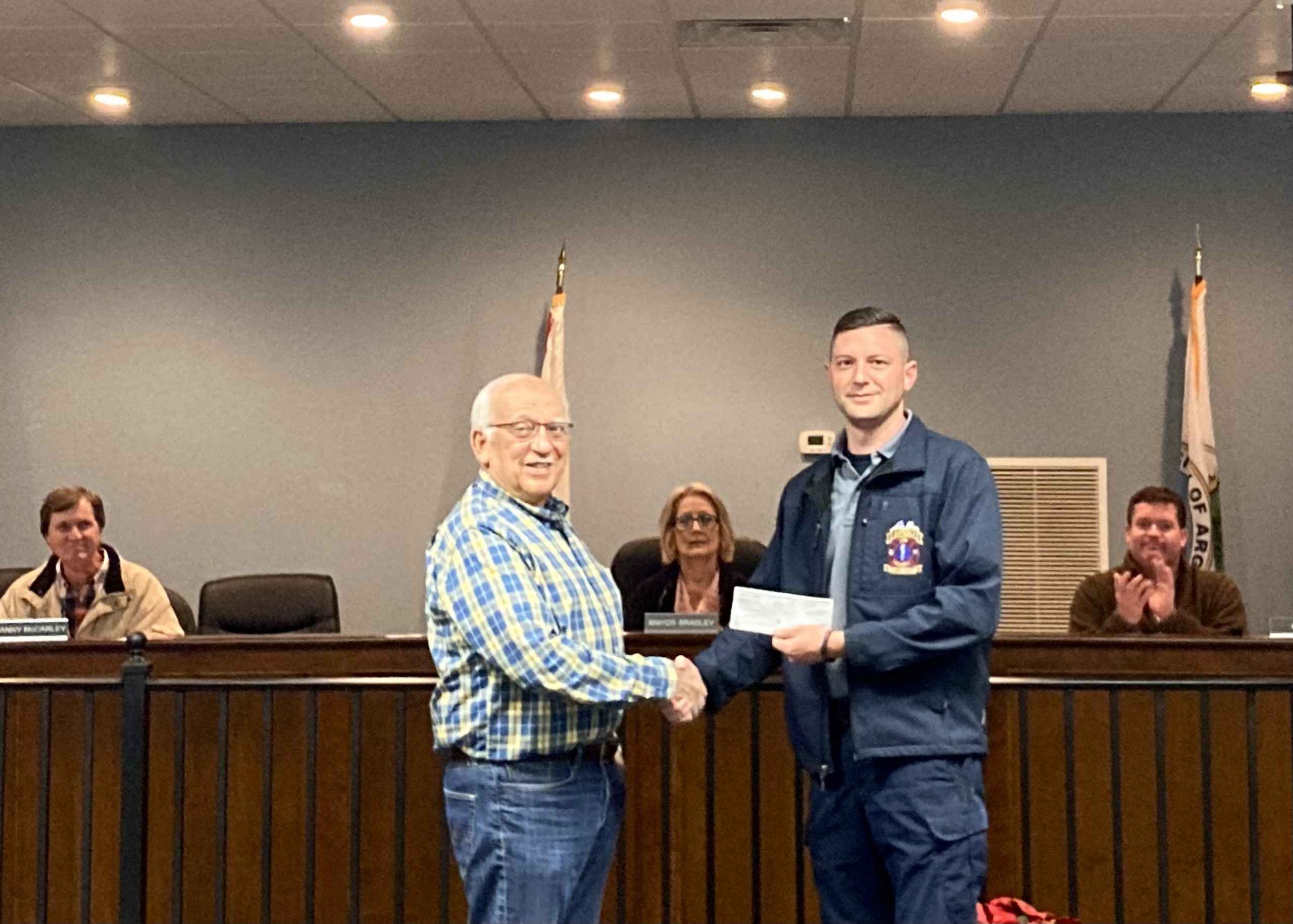 ARGO – Roland Collins, of the Central Alabama Building Trades Union, presented a check for $1,000 to the Argo Fire Department at the Argo City Council meeting on Monday, Dec. 13, 2021. 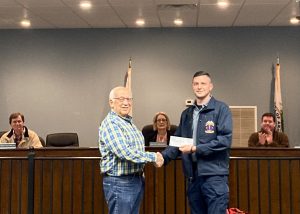 “Mr. Collins, everyone knows, every year as long as I can remember, has given a check to the Argo Fire Department from his union,” Mayor Betty Bradley said. “He comes in every year and gives this check to the fire department and I want to tell you how much we appreciate you doing this.”

“We had seven families this year with a total of 13 kids,” Michele Coalson, with Christmas for Kids, said. “It was probably the best one yet. I was really surprised, though, that we didn’t have as many families this year, considering the pandemic and everything.”

Mayor Bradley said the city of Argo has been “very blessed” with donations this year and thanked those who donated and bought gifts for kids in the Christmas for Kids program. Additionally, each family that received toys from Christmas for Kids also each got a box from the Argo Food Bank.

“We had the most donations, I think, since I’ve been here,” Coalson said. “I’ve never seen that many donations, by far.”

Beth King, with the Argo Food Bank, said that the food bank has also received an abundance of donations recently.

“We have run out of room in the food bank,” King said. “We have buckets with stuff in it and we’ve talked with Karen, who is distributing this month, and we’ve asked her to take at least six of those buckets and give them, this month, in addition to what we would normally give for Christmas, because we need the room. It’s beautiful, it’s just fantastic.”

The Argo Food Bank accepts applications, in person, at the Argo Municipal Complex, and distributes food to those who qualify on the third Saturday of each month. Anyone who wishes to apply can make an appointment by calling (205) 352-2134.

In other business, the council unanimously passed Ordinance 2021/12/13, declaring a brush truck as surplus and authorizing it to be put up for auction on govdeals.com.

Councilor Ann Brown announced that the next Argo City Council meeting has been moved from Monday to Tuesday, Dec. 28, 2021. The meeting will be held at the Argo Municipal Complex beginning at 6 p.m., following a 5 p.m. pre-council work session.