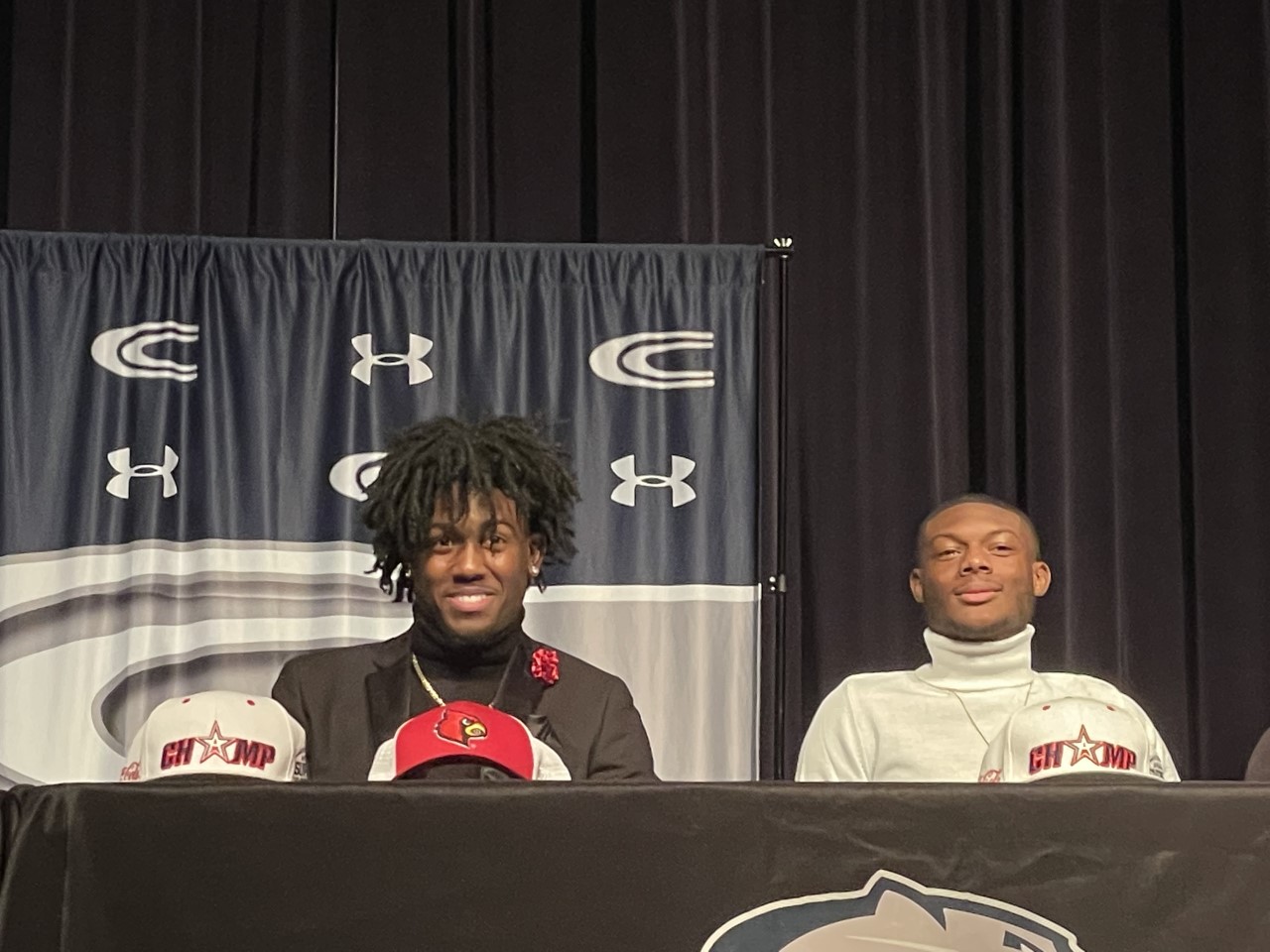 CLAY — Three Clay-Chalkville players signed letters of intent on Wednesday to play football at the next level. 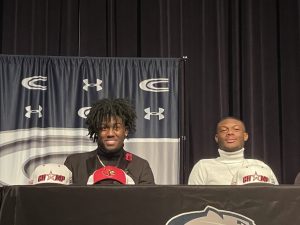 Quarterback Khalib Johnson, safety Jayden Sweeney and receiver Marquarius White all signed with their respective universities, not quite two weeks after winning the AHSAA 6A championship over Hueytown in a 46-42 barnburner. These three seniors have been the cornerstone of a program that has been a perennial playoff contender, and now, a champion again.

Johnson signed, as expected, with Louisville. He is recovering from a torn meniscus suffered in the semifinal game against Mountain Brook and has already had the injury surgically repaired. Sweeney put pen to paper for Liberty University, and White signed with Tennessee. All three student-athletes will graduate early and enroll in their respective universities in January 2022.

Clay-Chalkville head coach Drew Gilmer spoke about the importance of Johnson’s production at the quarterback position. Over the 2021 season, Johnson passed for 3,300 yards and 40 touchdowns vs. only 7 interceptions. He sported a 68 percent completion rate, and also rushed for four touchdowns.

For Johnson, Louisville is where he felt he fit in best.

“It was just the tradition, and the coaching staff played a big part in it,” Johnson said. “A lot of great quarterbacks have come through the university and it’s just a great fit for me.” 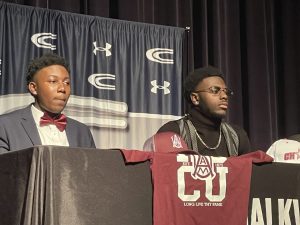 Sweeney was the play-caller for a Clay-Chalkville defense that pitched five shutouts on the season and allowed only 239 points all season. The 6-1, 180-pound senior had 46 solo tackles, 59 total tackles, three interceptions, a forced fumble and a recovered fumble.

White had 56 receptions for more than 1,300 yards on the season, scoring 16 touchdowns and averaging 87 yards receiving, and also scored on a kickoff return for the Cougars. He led a receiving corps that featured up-and-comers like Jaylen Mbakwe and Mario Craver, using his leadership skills to set the tone for the explosive Clay-Chalkville offense.

“He has elite speed and a tremendous work ethic,” Cougar head coach Drew Gilmer said. “There were times we had to slow him down because we needed him to be fresh for Friday night.”

White chose Tennessee, in part, because of the quality of the players coming into that program with him.

“It’s just a great place overall,” White said. “The coaching staff is amazing. The players coming in with me are amazing. I just like the offense. I think I fit there.”