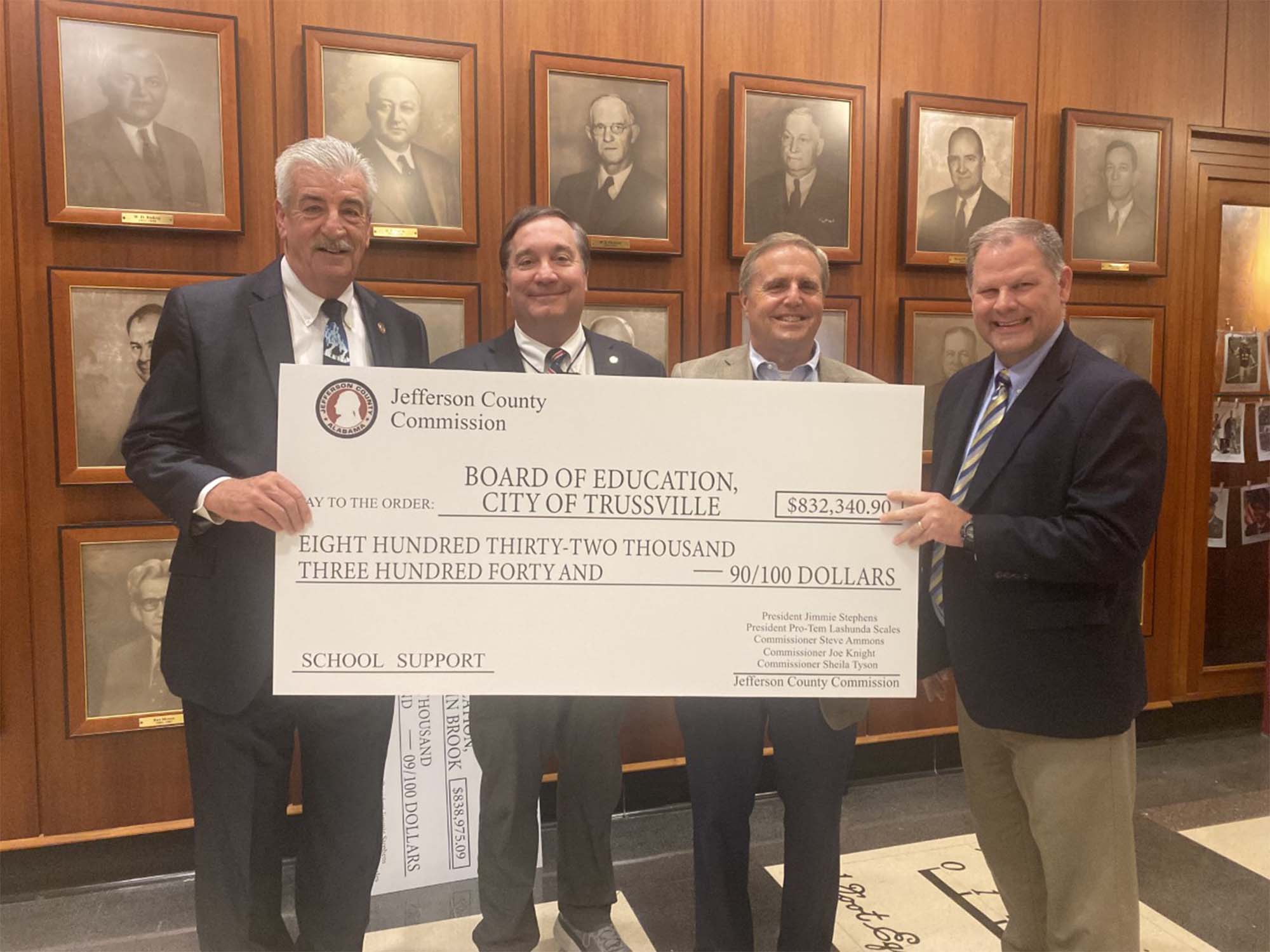 BIRMINGHAM — The Jefferson County Commission presented its annual 18 million dollar allocation to local school boards on Wednesday, December 15. According to Commissioner Joe Knight, these funds are citizen tax dollars going back to the community to improve education. 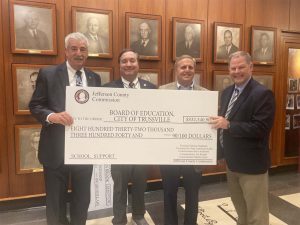 “This annual distribution of the one (1) cent sales tax to the schools,” said Knight. “We really enjoy the opportunity to support our schools.”

“We are very, very thankful for this contribution to our schools,” said Superintendent John Moore of Leeds City Schools.

“First of all, this funding helps us sustain and promote education in our school system,” said

Jefferson County Schools’ Superintendent, Walter B. Gonsoulin Jr. “This funding can assist in many areas including hiring nurses, School Resource Officers (SRO) to support at the central office, teachers, and teaching units. We are so appreciative of the Jefferson County Commission and the funding. This is just another example in which they present a great partnership with the local school systems.”

“This is such a great thing for all the school systems in Jefferson County, but as you know, the City of Trussville,” said Trussville City Schools Chief Schools Financial Officer, Jim Kirkland. “It is a big part of our annual budget. It goes toward everything we do to provide for the teachers and provide supplies all needed to transform a great school system.”

“We are happy to allocate this money to the school district,” said Garrett. “It’s very helpful to our sayers and the Jefferson County Schools as well.”

Alabama State Senator Dan Roberts, District 15, including Leeds City Schools, adds, “I would agree with that, and it is a pleasure to be here to celebrate with school districts.”

“This funding keeps our schools at the level they are and continue to improve,” said Roberts. “Leeds has an outstanding school system, and I am proud that we had a part in this funding.”

The monies distributed is based on the number of students in each school district from Jefferson County.