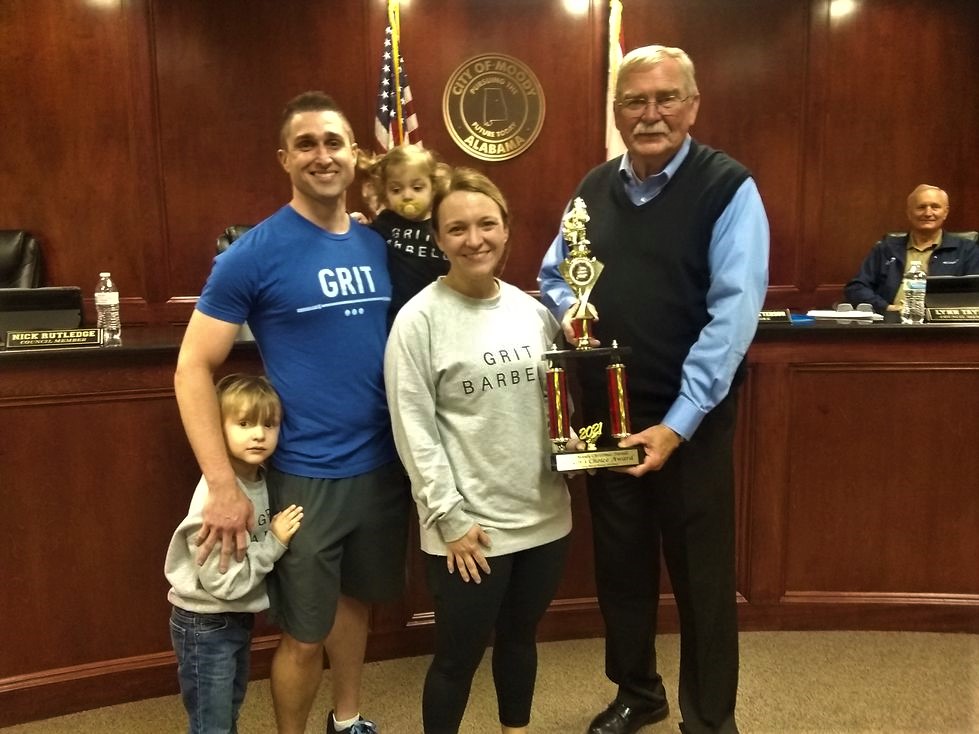 Nathan Landom and Jessica Landom of G.R.I.T. won the Mayor's Trophy for the Seven Dwarfs float at the parade. (Photo by Nathan Prewett)

MOODY – The winners of the recent Moody Christmas Parade were presented with trophies by the council at a meeting on Monday, Dec. 13. 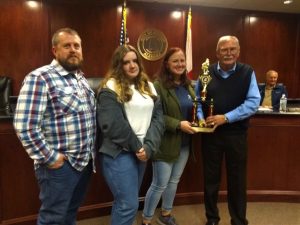 This year’s parade was themed around Disney. Several categories were part of the parade, which were: business, organizations, and the Mayor’s Trophy.

The first-place winner for business was Burleson Towing for their “Wall-E” float. They also won second place for their Mater from the film “Cars” float.

In first place for organizations was Roger Wright and his family for their “Toy Story” float. First Baptist Church of Moody won second place for their “Up” float.

The Mayor’s Trophy was a new addition to the parade this year and was given to workout business G.R.I.T for their Seven Dwarfs float.

The trophies were given out by Administrative Assistant Melissa Fraser, who said, “People went all out this year. Probably one of our best parades. It was a great turnout, and we had some of the best floats we’ve ever had before.” 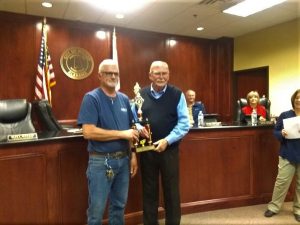 Roger Wright and his family won for their Toy Story float. (Photo by Nathan Prewett)

Department heads gave their reports for the month of November. Police Chief Thomas Hunt reported that there were 1,489 calls, 49 arrests, 61 warning tickets, 220 citations, 94 reports, 60 misdemeanors, 49 felonies, and 16,841 miles were driven by vehicles. Expenses for vehicles were $5,944.

The council later approved a request by Councilman Lynn Taylor to amend the city budget to allow for $20,000 to begin preliminary engineering and services for the new police department building discussed in previous meetings. 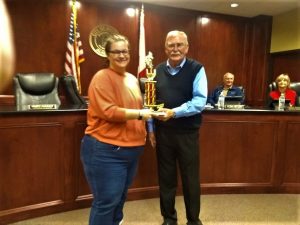 Michaela Grisler of First Baptist Church of Moody was presented the trophy for the Up float. (Photo by Nathan Prewett)

These services include a topographic survey, site civil engineering fees, ADEM fees, testing fees that include geotechnical reports, expense for peer reviews required for the storm shelter, and miscellaneous fees.

Some time afterwards, the council approved granting an alcohol license to the upcoming Oh Sherri Pub. Owner Joel Wallace and his wife Diana were present to make the request. Wallace said that he is interested in opening an Irish pub after he retires as assistant men’s soccer coach at UAB.

Lastly, the council approved a resolution to authorize premium pay for city employees from the American Rescue Plan Act. City Attorney James Hill explained that this allows for additional funding to employees providing services during the COVID pandemic.

“We’re open because that’s what we have to do for the public, and we’re going to continue to stay open in that regard,” he said. “So this allows us the opportunity to ensure that our employees are compensated fairly and justly.”