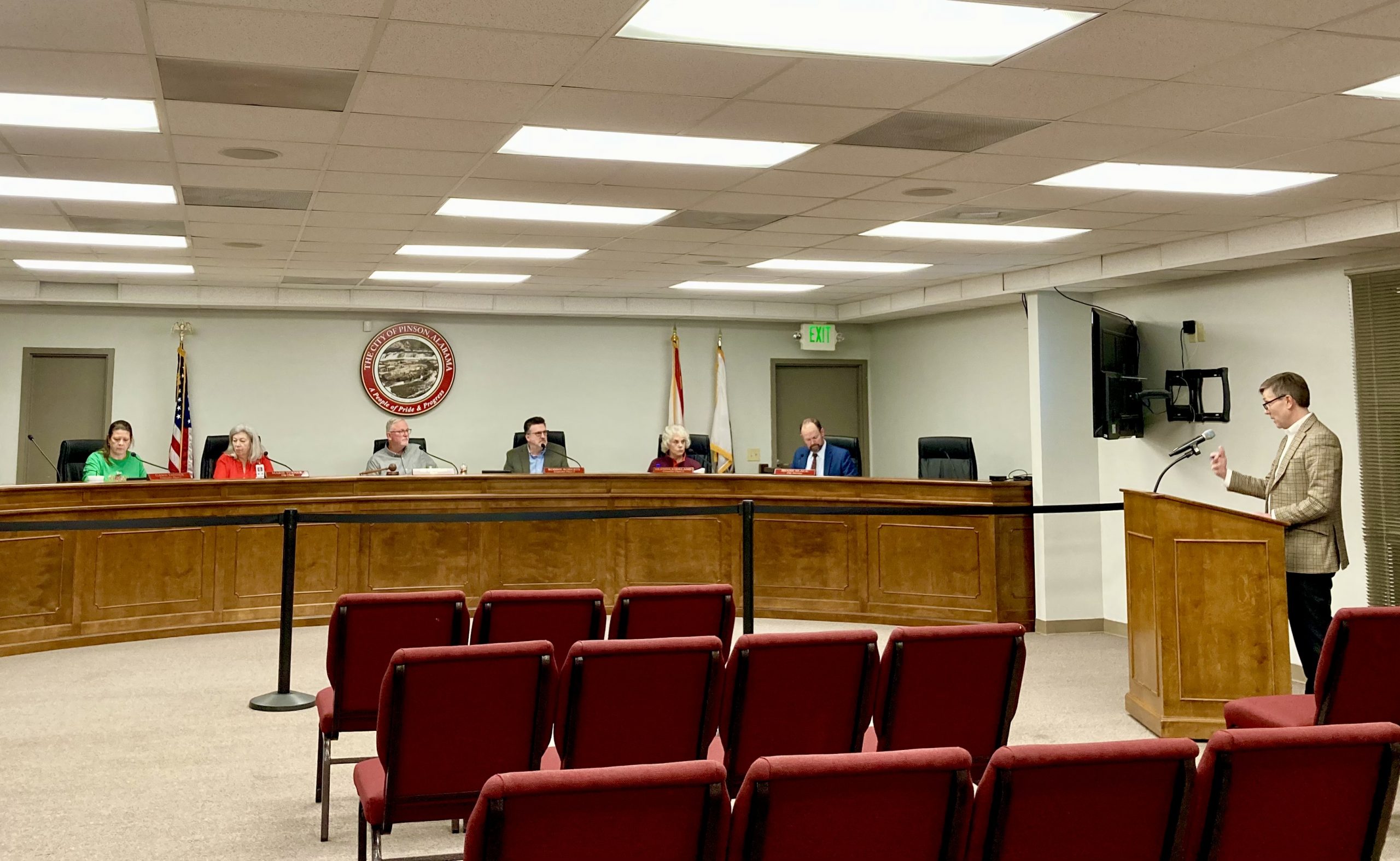 PINSON – The Pinson City Council received an audit report for the 2020/2021 fiscal year from Charlie Polmatier, of Borland Benefield, at its regular meeting on Dec. 14, 2021. 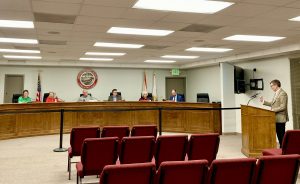 “It is a positive report from all standpoints,” Polmatier said.

According to Polmatier, the city received “robust” sales and use taxes, as well as an increase in gas tax revenue this past year.

“That really pushed and drove what ended up being a substantial bottom line increase, which then increased your reserves effectively, which is outstanding,” he said.

Additionally, federal monies that the city received from the CARES (Coronavirus Aid, Relief and Economic Security) Act and ARPA (American Rescue Plan Act) made it to where the city did not have to rely as heavily on its general funds to bring about improvements for its residents.

“What do those numbers mean? It means you’ve got a lot of cash in the bank,” Polmatier said. “You’ve got a lot of reserves, and as we’ve talked about over the years, it gives you flexibility. It gives you the ability to invest in the city and projects and things like that, and per our discussions through the audit, it sounds like we’ve got a lot of ideas and plans coming forward. You’ll be able to afford those.”

While the report shows that city’s expenditures increased, its incoming revenue was more than $1 million over what was originally budgeted, and revenues exceeded expenditures by $1,000,022.

“All in all, just a solid, solid year,” Polmatier said. “I’m excited for what y’all have got coming forward here. You have a strong financial position. … Congrats to you on that.”

Councilor Dawn Tanner offered a motion to accept the audit report and the council approved the motion unanimously.

“I appreciate a great financial audit,” Mayor Joe Cochran said. “It should give confidence to the people as to how we’re taking care of the money you entrust with us.”

The council held a public hearing regarding certain amendments to the city’s zoning ordinance, which the Planning and Zoning Commission unanimously recommended.  After no one appeared to speak at the hearing, the mayor closed the hearing and zoning administrator Bob Jones addressed council on three proposed changes.

“We’re looking at changing the way the alcohol restrictions are written,” Jones said. “They were written that any alcohol sold for onsite consumption must be in excess of 1,000 feet from a church, school, playground. Having reviewed that and found that it excludes just general family restaurants that happen to serve alcohol, we brought that to the planning and zoning and you have before you a revision that will add ‘all establishments, except for a pub/restaurant which gets 70% of its revenues from food, will be required to be 1,000 feet away.’ We will have no restrictions on the restaurants that are primarily food-based.”

The second amendment states that mobile home parks that are currently zoned as PUD (planned unit development) will be re-zoned into commercial district.

The third change is that establishments that sell tobacco and vaping products will be prohibited from having any age-restrictive products visible from outside the establishment.

“There are state laws that govern a great deal of the vape establishment now,” Jones said. “This is an additive to it.”

The council voted unanimously to approve Ordinance 2021-30, adopting all changes to the zoning ordinance as recommended by the zoning commission.

Tanner reminded the public that Pinson’s Christmas parade and tree lighting will be Thursday, Dec. 16, at 6:30 p.m., and the “How the Grinch Stole Christmas” movie in the park will take place on Friday, Dec. 17, at 6 p.m., at Bicentennial Park.