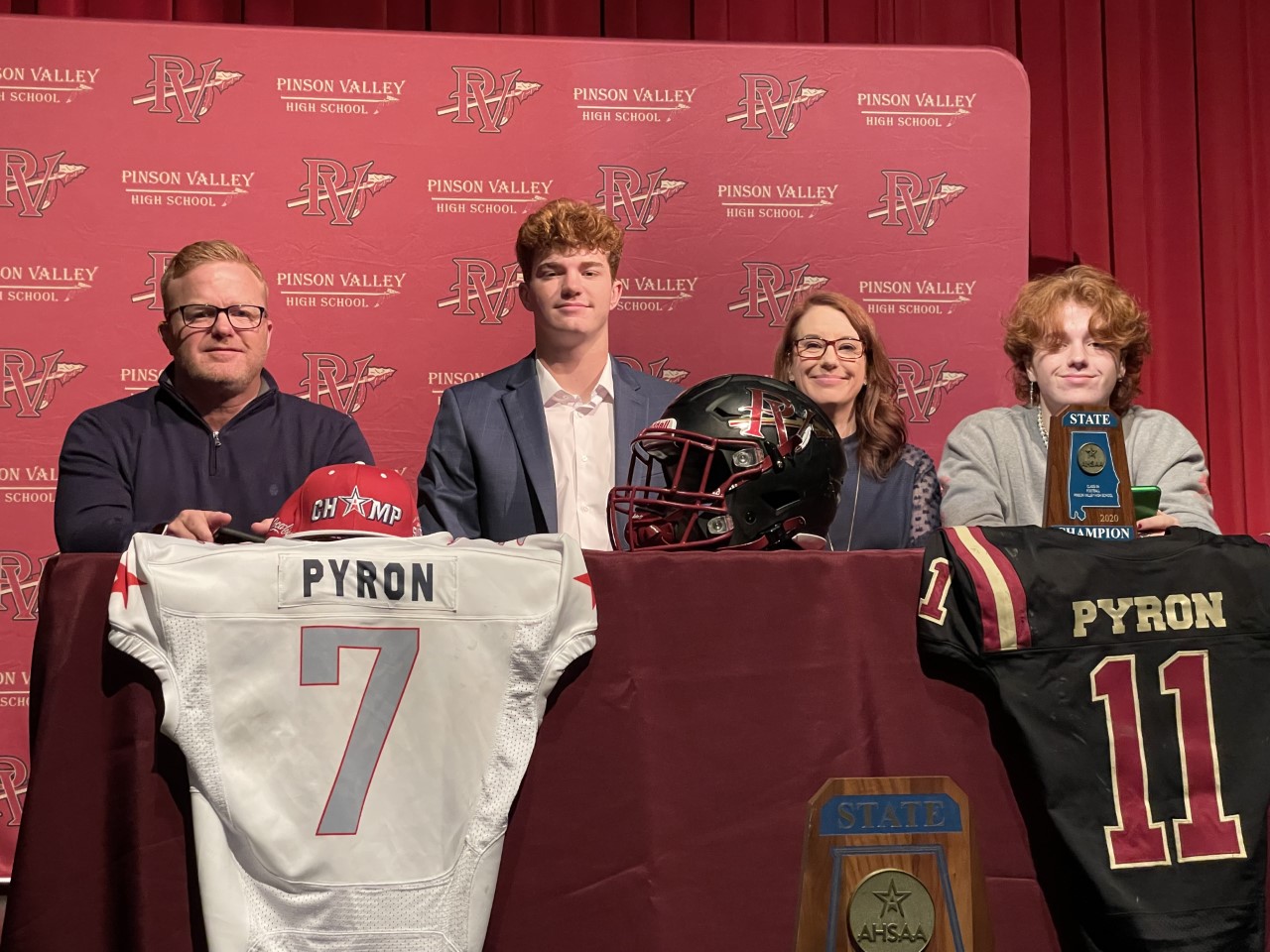 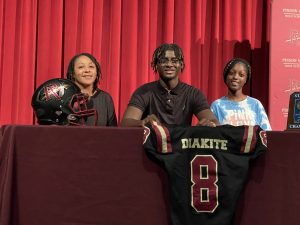 Quarterback Zach Pyron officially put pen to paper to accept a scholarship to play at Georgia Tech, while running back Mike Sharpe signed with Arkansas State. Defensive lineman B.J Diakite surprised everyone by re-committing to Vanderbilt. He had decommitted from the Commodores earlier in the 2021 season and received a huge recruiting push from Georgia Tech to join Pyron as a Yellow Jacket.

“When I first got here, B.J. was playing on the offensive side of the ball, was playing wide receiver,” Pinson Valley head coach Sam Shade said. “I stayed on him a little bit. I thought he should be more urgent about some of the things he was doing. I thought he needed to attack things more, and I just kept staying on him.”

That persistence paid off when injuries to the Indians defensive line forced Shade approached Diakite to switch from tight end to defense. Diakite immediately embraced the challenge, and became a force for Pinson Valley, which went on to win the 6A state championship in 2020. 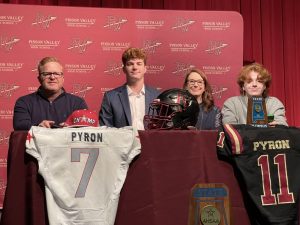 “At the end of the day it was a business decision as to where I really felt at home,” Diakite said. “When I pulled back from committing, I have family in Atlanta and my parents are thinking about moving to Atlanta so that’s what made me reconsider. But checking my boxes and everything, Vanderbilt was really the place. And the coaching staff there, we never lost contact. They were there with me all the way through the process.”

Pyron has been the ultimate competitor for Pinson Valley, a player who won a pair of state titles at Fyffe High School and then won a third as the quarterback for the Indians in 2020 after his family moved to Pinson. The quarterback went through some challenges this season, getting injured during a loss to Jackson-Olin and then having to go through concussion protocol to get back onto the field.

Shade said that Pyron was a huge influence on the younger players at Pinson Valley as they saw his dedication to getting better both on the field and in the weight room.

“I just want to come bring that competitive edge,” Pyron said after signing. “I think that’s something that Georgia Tech needs right now. I don’t think people know just how close they are to being really good.” 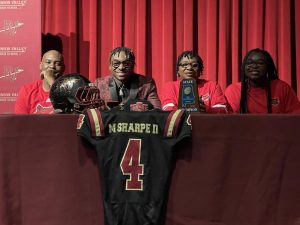 The newest member of the Arkansas State Wolfpack is no stranger to hard work. Shade remembers Sharpe as an eager junior in the backfield who had to step up in the playoffs as Pinson Valley made their run to the 2020 state championship. Sharpe was the steady presence in the backfield — albeit a presence with breakaway speed — that helped the Indians to the title.

“Arkansas State has a good culture. I took my official visit last weekend, and it was a great experience,” Sharpe said. “They treat everyone like family there, and I liked the way coach Butch Jones works, the way he handles his team. I just felt like that was the best fit for me.”

Wednesday’s signing was especially touching for Sharpe, who spoke of his close relationship with his mother as he readies for the move to Arkansas. As Sharpe put pen to paper, he announced that it was also her birthday.