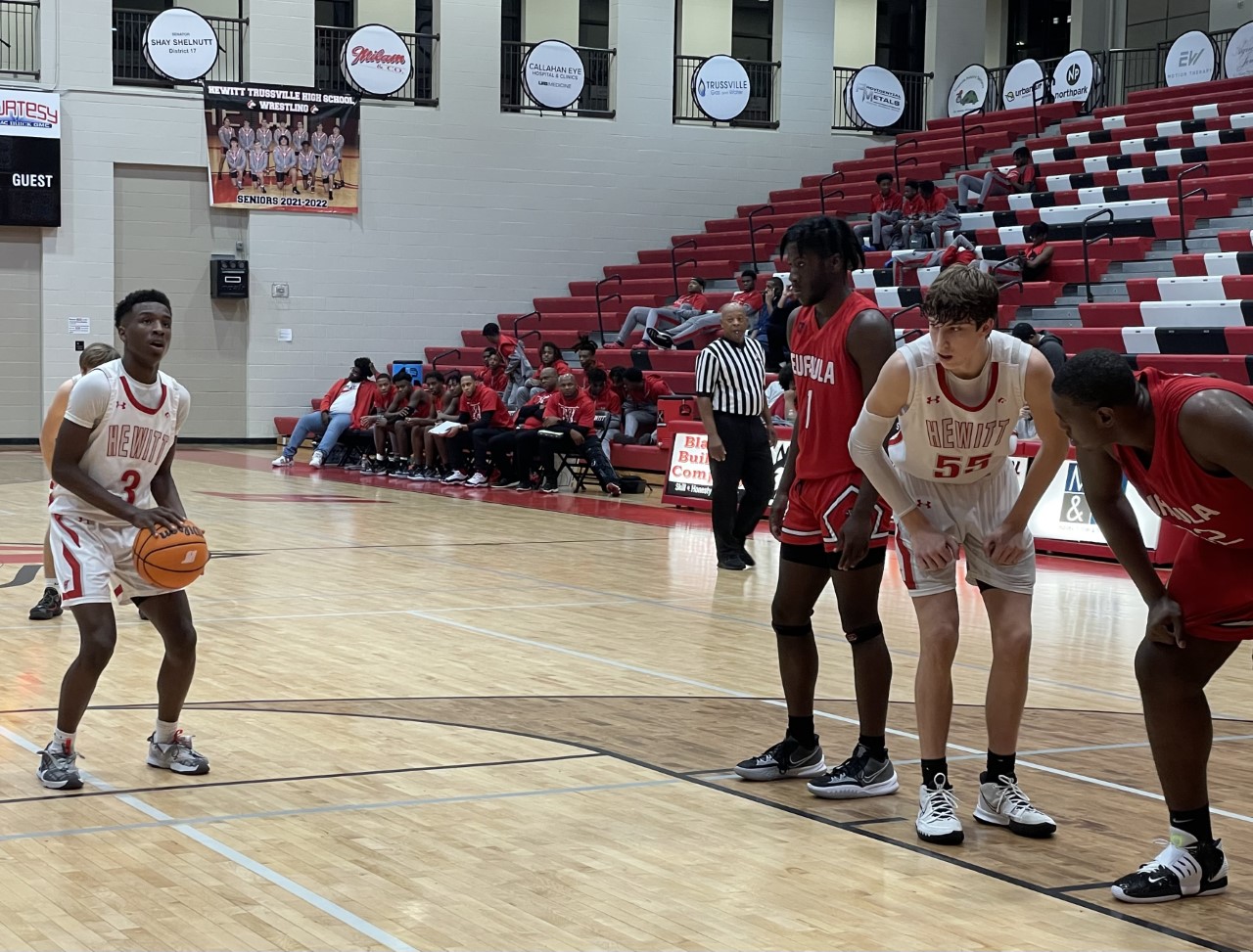 The Hewitt-Trussville boys' basketball team lost to Eufaula by 22 on Saturday afternoon. Here, Ray Rolley shoots a free-throw during the game. (Photo by Bobby Mathews)

TRUSSVILLE — It’s been a tough stretch for the Hewitt-Trussville basketball team, and Saturday’s blowout loss to Eufaula didn’t make it any easier. 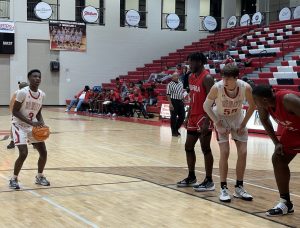 The Hewitt-Trussville boys’ basketball team lost to Eufaula by 22 on Saturday afternoon. Here, Ray Rolley shoots a free-throw during the game. (Photo by Bobby Mathews)

The Huskies lost 71-49 to the Tigers as Eufaula used its superior height and size to great advantage on both sides of the ball, first using a full-court press on Hewitt-Trussville to create turnovers and then capitalizing on those mistakes.

Early on, it was a tight game. Hewitt-Trussville was down only a single point after the first quarter, 14-13, but Eufaula streaked out to a 10-point advantage, 29-19 in the next period before the Huskies could recover. Tyler Blake sank a three with time winding down in the half to send the teams into the locker room with Hewitt-Trussville down 31-26.

The Huskies came back to briefly take the lead with six minutes left in the third, but they couldn’t hold it. Eufaula responded quickly and opened up a 57-37 lead to end the quarter.

Ray Rolley sank a pair of threes in the fourth quarter, but Hewitt-Trussville could build no momentum. For every basket, Eufaula had an answer. The final margin of victory for the Tigers: 22.

Rolley led Hewitt-Trussville with 17, while Tyler Blake had 8. Karnell Smith added 7 for the Huskies.

Eufaula’s Toney Coleman led all scorers with 25, while Caleb Paige had 21. Patrick Screws scored 15, most of that from the low blocks and the foul line as Hewitt-Trussville had no way to physically match his wide frame and long arms .