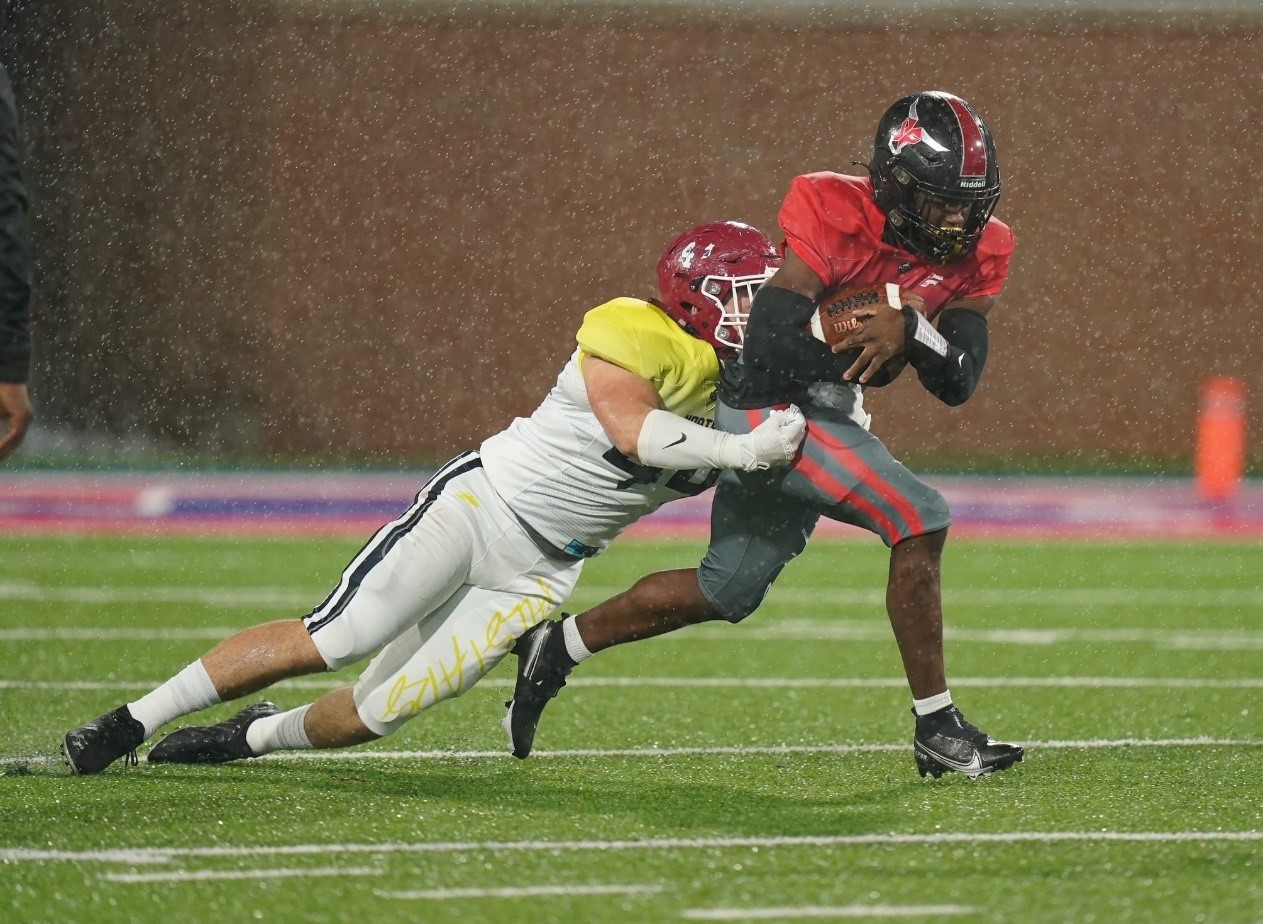 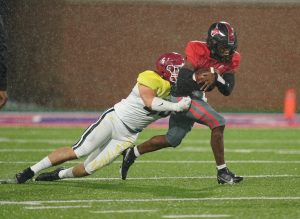 Locally, Hewitt-Trussville’s Harrison Asbury represented the Huskies in the game.

The North, coached  by Richie Busby of Helena High School, turned to its tenacious defense and made the big plays when needed to seal the win. The South now holds a 31-30-2 edge in the series.

The North took a 7-0 lead at 7:18 the third quarter when Fort Payne tight end Burt Sawyer hauled in a 31-yard pass from quarterback Benny Malin of Good Hope. The three-play drive was set up by a North interception by Aliceville defensive back Landon Ball, who returned the pick 36 yards deep in the South territory.

The South, coached by Jim Bob Striplin of Geneva County, roared back with Fairhope place-kicker Luke Freer booting 25-yard field with 29 seconds left in the third quarter. And 44 seconds later, the South took the lead 10-7. An interception by Jacob Foster of Greenville was returned to the North 9-yard line early in the fourth quarter and on the next play, quarterback Walter Taylor of Jackson connected with Iverson Hooks of Pike Road for a TD pass to to put the South ahead.

The North marched 60 yards on 10 plays to take the lead again 14-10 with Huffman running back Makhi Hughes rolling into the end zone from the 4-yard line with 5:47 remaining. Hughes also had back-to-back runs of 12 and 10 yards in the winning drive.

The North defense, led by linebacker Luke Hodge of Oneonta, stymied the South offense on its next possession and the North offense ran out the clock – thanks in big part a fumble recovery by Gordo’s Ben Capps on a punt with 37 seconds remaining.

Hodge earned North MVP honors in the game finishing with 13 tackles.The first half was played in a steady rain and the defenses for both sides dominated the action as the two teams battled to a scoreless standoff at halftime.

Both teams had their chances in the final two minutes the second quarter. An interception and 35-yard return by Capps the thwarted one South scoring opportunity and lit a fire under the North offense when it got the ball back late in the quarter following a punt gave the North the ball its own 20-yard line with 5:23 left in the period.

The North used 11 plays to drive 76 yards when South defensive back Laquan Robinson intercepted a pass and returned the ball 77 yards down the left sideline all the way inside the North 10-yard line. The South, facing less than a minute to play in the half, turned the ball back when linebacker Samuel Horton punched the ball out of South runner Iverson Hook’s hands at the 3-yard line and recovered for the North with 13 seconds left in the half.

Spanish Fort running  back Johnny Morris had 53 yards rushing on 11 carries to lead all rushers in the game. Dquez Madden of Lanett also had 29 for the South on seven tries and had a 44-yard TD run called back just six plays after the North took its final lead in the fourth quarter.

Murks had 39 yards rushing on six carries and Hughes had 37 on eight carries for the North.

The North had two picks, and the South made three interceptions.

The bright spot for both offenses were the punters. Freer had four punts for a 46.8 average for the South, and Sumpter had a 38.8-yard average on five kicks.

Defensively, the North’s Hodge led all tacklers with 13. Horton finished with six tackles and a sack, and Jordan Dobbins of Oxford had seven tackles. Landry Huddleston of Alma Bryant had seven tackles, Chrystyile Caldwell of Elba had six and Willie Butler of Saraland had five and an interception return for 24 yards.

The North-South Classic, the AHSAA’s oldest all-star event, was first played in 1948 at Tuscaloosa on the campus of the University of Alabama and remained at Bryant-Denny Stadium in the summer through 1984. A small-school all-star game was also held at Auburn in 1984. The game was discontinued from 1985-1996 but reinstated in 1997 when the AHSAA instituted All-Star Sports Week with the Summer Conference. It was played at Cramton Bowl from 1997-2004 and then moved to Troy University for two years and Huntsville’s Alabama A&M University from 2007-2010. It returned to Montgomery in 2011.