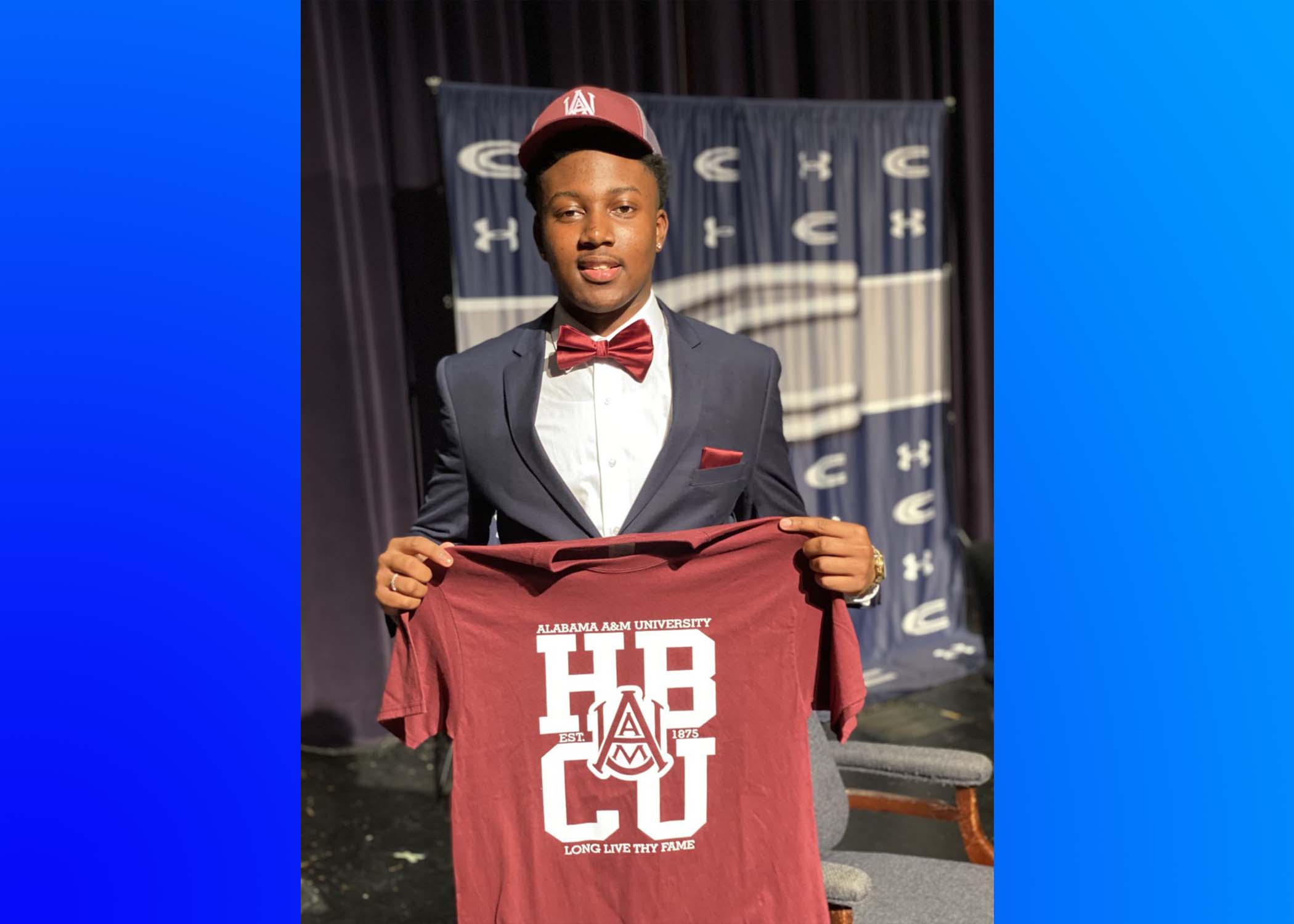 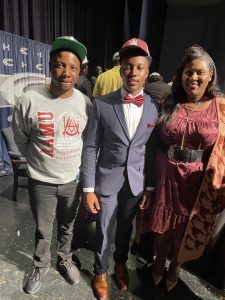 “I thought it was a big honor because I didn’t know of any other band member that had signed,” Baskin said. “So I’ll presume that I’m the first one at my school, but I don’t know many people in other schools have been signed before. It was really, really exciting.”

Baskin explained that he didn’t understand the big deal until the weekend before he signed.

“I told my mom, she was really excited, so we started getting prepared,” Baskin said.

Baskin’s mother, Danielle Baskin, expressed how happy she was of her son to be the first to sign at Clay-Chalkville High School (CCHS) for music.

Senior year is a significant part of high schoolers’ life because it is the year that most student will experience all their best memories. From senior prom to graduation, and with everything happening quickly, some may not even realize how important these events are until the day finally arrived.

“It just became real at that moment when the band director from the middle school came over and made the announcements,” Danielle said. “I was just overjoyed. I was overwhelmed with it all.” 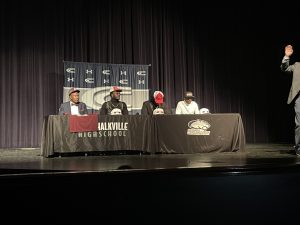 Danielle explained that Baskin was unsure if he wanted to go to college; Danielle and her mother were college graduates. So for her son to look at her, and say ‘I love music, and I am going to pursue it at the next level’ was emotional for her because he was doing something he was proud of.

“When it comes to National Signing Day, or scholarships, or any kind of recognition, it is for sports,” Danielle said. “It almost gives the signal or the understanding that if you don’t play a sport, or if you’re not playing basketball or football or one of the larger sports, then you’re not recognized nationally for their talents.”

Baskin’s family is beyond proud of his accomplishments. His mother proudly boasted about all of Baskin’s achievements in music. He first picked up the Trombone when he was in the sixth grade, and everything from there was music to his ear. 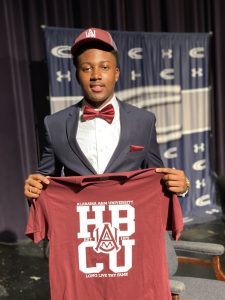 Baskin has excelled in the marching band as a section leader, first chair in jazz band, and superior rating in solo and ensemble with the brass quintet. The brass quintet has been selected as a premier performer for the Alabama Music Educators Association Conference in January 2022. Baskin also designed the band practice/performance gear logo in 2021 and 2022.

When Baskin was attending the Magic City Classic he heard the Alabama A&M University band play, and he immediately fell in love with how they sounded as a unit.

“I was just sitting by the band, and I was just amazed at how good they sound,” Baskin said. “I really fell in love, so I ended up making it my decision, and that night I texted my mom and said I’m definitely going.”

As Baskin sat on the stage beside three football players signing beside him, he had a sense of honor come over him because when he looked out into the crowd, he not only saw his mom, but he saw his band family there to support him as well. Baskin explained that it became even more evident who the crowd was there for when they announced his name, and the crowd erupted in an uproar.

Baskin is not the only band member attending Alabama A&M University, there are 13 band members that have also signed. Baskin is honored he is continuing to play music with his fellow band members in college.