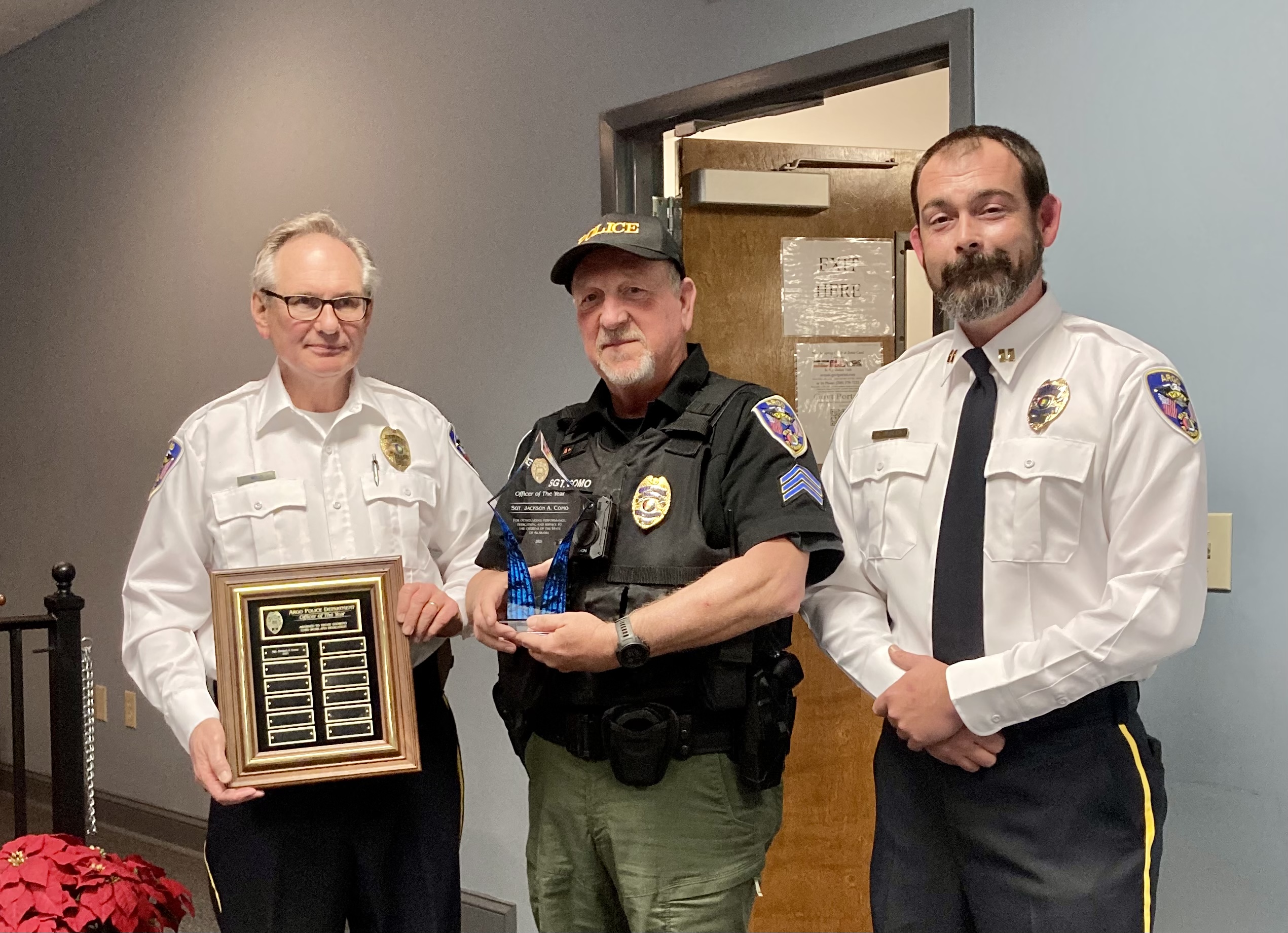 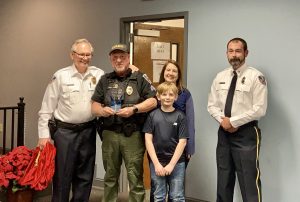 The title, as well as the trophy and plaque that go with it, came as a surprise to Como, who had been told that he would be giving the police department’s report for the city council that evening. During Como’s report, Chief Wells and Captain Alan Busler entered the council chambers and presented Como with the award.

“I first met Jack when he was appointed to the State Board of Pharmacy by Governor Riley,” Wells said. “He was one of the board members for five years, and then one day he said, ‘Can I come ride with you at Argo?’ And he did. He liked it so much that he wanted to join the reserve program. He did. Did the driver’s license checks, came out at night, chased somebody through the woods one night, had a heart attack, had four stints put in, went to the academy, came back and here he is doing a great job. … You certainly do deserve this; Santa brought this.”

Wells also said that Como and his wife, Deborah, painted the police department.

“I’m shocked,” Como said, to which Wells replied that he was not.

In other business, the city council unanimously approved a motion to change the regular meeting time of the Argo City Council to immediately follow the 5 p.m. work sessions.

The next meeting of the Argo City Council will be Monday, Jan. 10, 2022, at the Argo Municipal Complex.