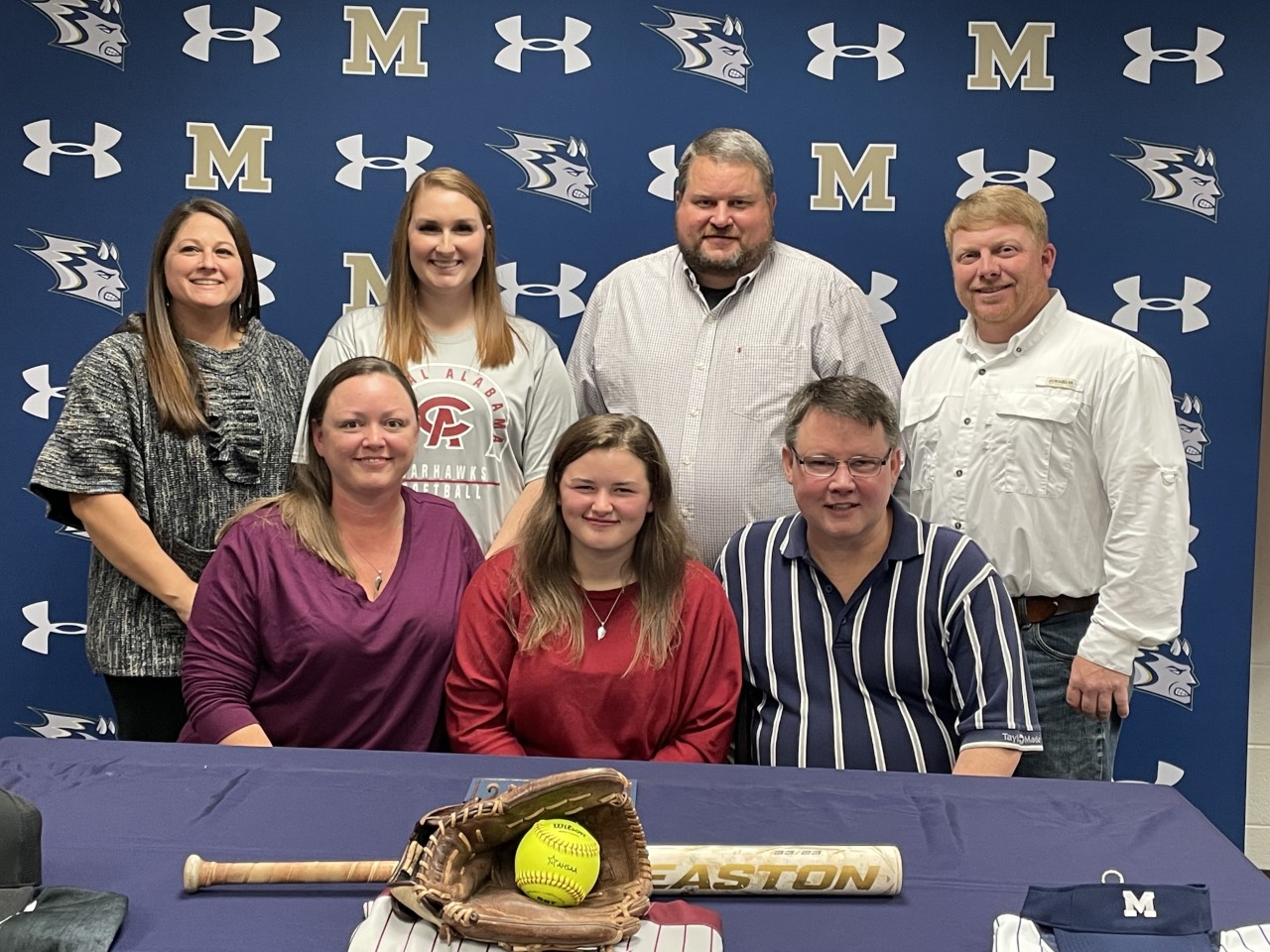 MOODY — Meet Hollie Graham outside the pitcher’s circle and you’ll find a nice, polite young woman who loves to read Harry Potter and hang out with her friends. 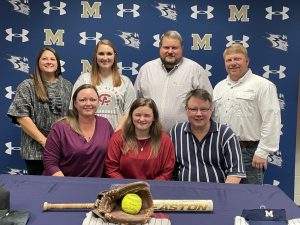 It’s inside that chalk where the Moody High School senior turns into someone that batters don’t want to see.

Graham pitched 144 innings, went 5-2 in the postseason and had 13 complete games as a junior for the Blue Devils. She’s gone the distance in 17 games and pitched one shutout. Now the powerful hurler has signed to play softball at the collegiate level with Coastal Alabama Community College.

It was an easy decision for Graham to choose to sign with Coastal, a two-year community college located in Bay Minette, near the Florida line.

“No. 1, it’s close to the beach, and I like the beach a lot,” Graham said. “It’s near one of my favorite beaches, Pensacola, and honestly, I really liked the way their team dynamic was, the way the team was put together.”

Graham plans to get her core academics out at Coastal Alabama, and then hopefully transfer to Jacksonville State, where she plans to major in forensics and become a forensic scientist after she finishes her secondary education

“I am so incredibly proud of Hollie,” said Moody head coach Becky Seymour. “She has worked so hard both on the field and off. She takes so much pride in her ability to control and place the ball wherever she chooses. For the past two years, I have had the privilege to watch her grow not only in physical toughness but mental as well.”

The mental aspect of the game is one of the biggest keys for Graham, Seymour said.

“She is one of the most headstrong pitchers I have had the opportunity to coach. She shows little emotion, maintaining her composure even in the toughest of situations,” Seymour said. “I truly believe her dedication to her craft, her ability to rise above challenges, and her headstrong demeanor will help her be extremely successful at the next level.”

Graham, the daughter of Kristi Scott and Jeff Graham, is looking forward to playing collegiate ball.

“I’ve been playing softball since I was about four years old,” Graham said. “I started pitching when I was 11, maybe 10. I love the community of it, being able to be out there with my friends.”

As far as when she gets into the circle, Graham said it comes down to mental focus.

“I just try to keep my mind clear,” she said. “I try not to think about anything and block everybody out. I think that’s mainly the big reason I’ve been successful.”

To relax away from the diamond, Graham likes to read and clean.