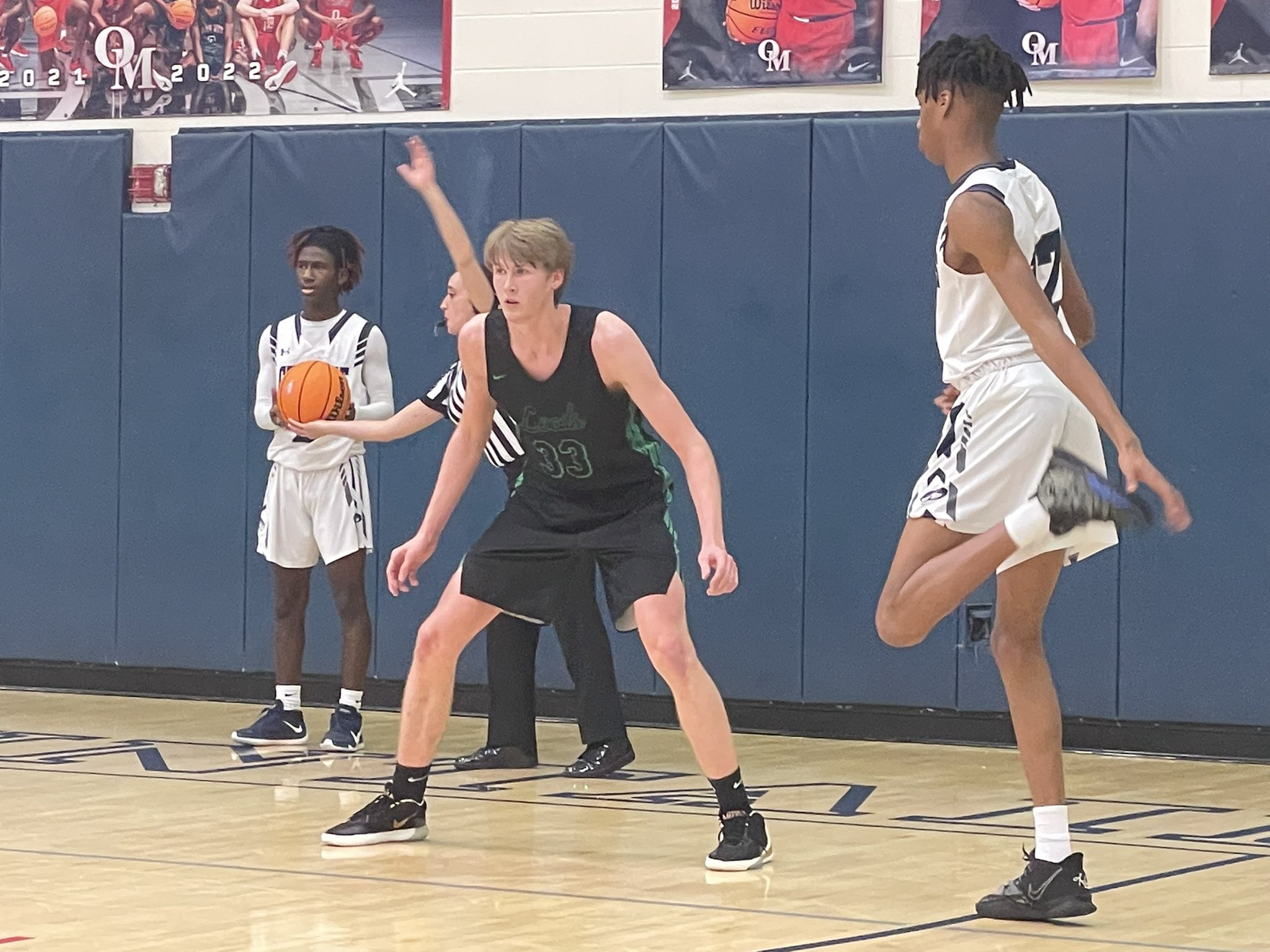 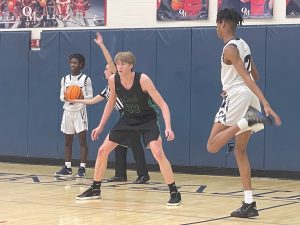 The Green Wave burst out to an 8-2 lead early in the first quarter thanks in part to a three-pointer from Tanner Chambers to start things off. Josh Ruff banged home a three from the top of the key and Chambers followed that with a layup.

Chambers led all scorers with 19 points, while Jamal Jordan added 14 for the Green Wave.

Clay-Chalkville got back into it when DeVon Cheatham hit a trey and then got a layup and foul near the end of the first. Cheatham hit the foul shot, and the Cougars were within striking distance, behind by only two points.

Cheatham led Clay-Chalkville with 16 points while Devon McKinnon had 12 for the Cougars.

With Leeds up 14-12 to start the second period, Clay-Chalkville clamped down defensively. Over a six-minute stretch spanning the last minute-and-a-half in the first quarter until 4:43 left in the second, the Green Wave did not score.

“Clay’s coach does a really great job,” Leeds head coach Jeremiah Millington said after the victory. “He’s doing an unbelievable job at getting those guys to defend. We were missing some shots but we were getting some good looks, but we were also getting some really tough looks. I don’t want to go six minutes without scoring, but a lot of that has to be credited to what they were doing.”

Clay-Chalkville took the lead when Kevin Kirk scored with 5:41 left in the half to make it 16-14. McKinnon scored after that to extend the lead to 18-14. Moments later, McKinnon dropped in a three-ball to make it 23-16.

Leeds’ Jordan answered to keep the Green Wave in it, 23-19, but the Cougars maintained their lead and then extended it when McKinnon hit a bucket in the lane. At halftime, Clay-Chalkville led 27-21.

During the third quarter, Leeds again went quiet from the field. The first four minutes of the second half, the Green Wave couldn’t find the basket. Meanwhile, Clay-Chalkville pushed the lead to 14 points at one point and it looked like the game was getting away from Leeds.

After a timeout, the Green Wave rebounded as the third quarter ticked down. Leeds forced turnovers on the next eight Cougar possessions, including a pair of steals by Jordan and three blocked shots by Ford Barnes, who finished the night with six blocks.

“That’s where we’ve been struggling all year,” Clay-Chalkville head coach Chris Richardson said. “We’re in every game we play, we shoot a pretty good percentage, we defend pretty well, we turn other teams over. But our turnovers are something that we have to work on at practice.”

In the fourth, Jordan scored on a drive and was fouled. He missed the free-throw, but Leeds had cut the lead to 35-33.

McKinnon answered for the Cougars, hitting a three-pointer to stop the bleeding. But by that point, the Green Wave had momentum. In rapid succession: Barnes cut backdoor for a dunk, Jordan drove and hit a short jumper in the paint, and then Chambers scored with 4:34 left in the game to make it 39-38.

Clay-Chalkville would not go quietly. Cheatham went to the line after being fouled by Rametrius Yelverton and hit both shots from the charity stripe to make it 40-39, Clay-Chalkville.

Jordan stepped up with a three-pointer to make it 42-40, but then Cheatham hit a pair of foul shots to tie it, and Devin Finley went up strong in the paint to reclaim the lead for the Cougars, 44-42.

After that, the game continued back-and-forth, with Finley again tying things up at 46 all with a minute left.

Jordan found himself open on the perimeter for a trey, and then Chambers hit four foul shots in the final 30 seconds of the game to seal the 53-48 victory for Leeds.