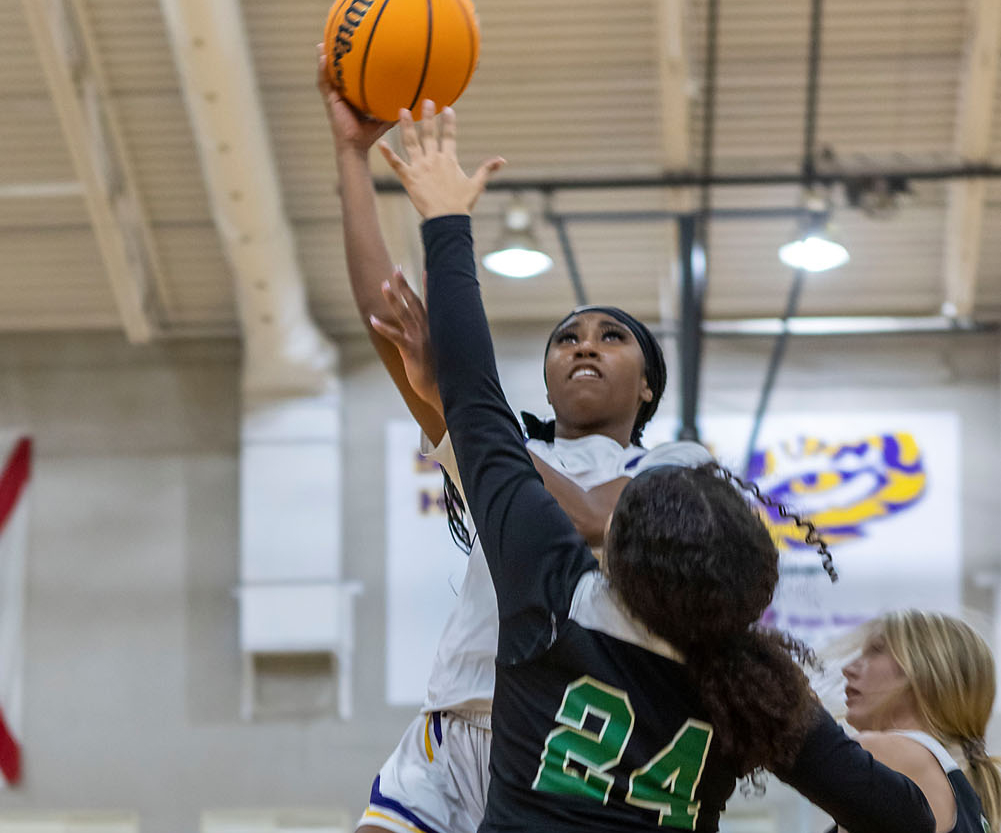 Springville girls pull away from Leeds in second half 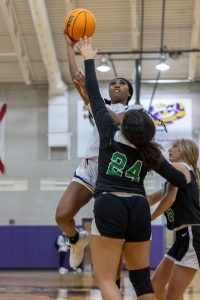 Springville led by 3 points at the half against Leeds before pulling away in the second half for a 23-point victory. (Photo by Ron Burkett)

Springville and Leeds went into halftime with the home team up 16-13, but things got rolling in the second half when, spurred on by a pair of early three-pointers, the Lady Tigers surged ahead and cut off the majority of Leeds’ offensive attack.

The Lady Tigers were paced by senior Abbie Talton, who scored her 1,000th career point earlier this season. She led Springville with 13, while Bella Bullington scored 11 and Ava Vaught had 8 points.

Our legs might have been tired from last night’s game, I don’t know,” House said. “We weren’t hitting outside shots, either. We just weren’t shooting well. We put in a lot to last night’s game.”

“Most teams, you know, you make a three and you ain’t made them and when you do make them, it makes everything feel better,” he said. “It makes you feel like ‘Oh, we can make a shot.’ We were getting down on ourselves because we were missing shots.”

The Lady Tigers beat a tough 7A program, Gadsden City, the previous evening and the effort left Springville a little down in the first half. The schedule doesn’t get any easier. The Lady Tigers go on the road this weekend to visit Southside Gadsden on Friday at 5:45 p.m., and then rematch with Moody at 6 p.m. Saturday.

For Leeds, Zoie Galloway had 17 to lead all scorers, while Katelyn Sims had 7 and Jazmyn McGee had 4.