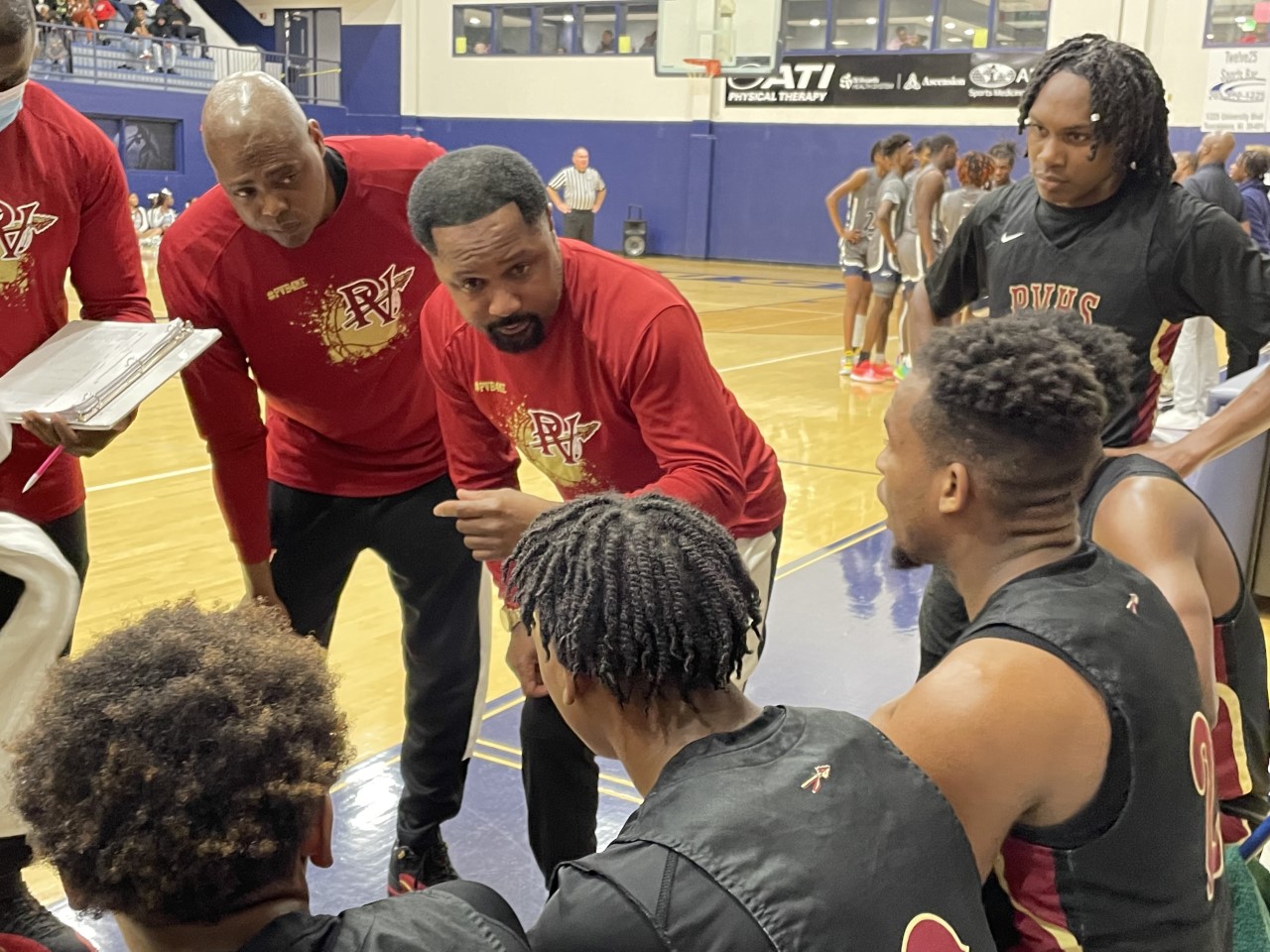 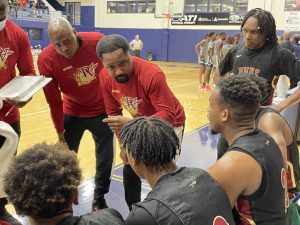 The Pinson Valley senior was having a good time. Never mind that the No. 5 Indians were down by two to Clay-Chalkville at the half, 24-22. In the end, none of that mattered as Sims led the visitors to a 58-49 victory here on Friday, January 7, 2022.

Sims wasn’t even supposed to be on the court at this point in the season. He went down with a foot injury before Christmas during a home game against Gadsden City. He should’ve been out for six weeks, but was cleared to play after only four.

“This kid standing right here next to me was the difference in the game,” Pinson Valley head coach Darrell Barber said after the game. “His leadership abilities, his presence, his ability to take charges and get other guys up. I’ve never seen him unhappy. He’s just positive. The whole time he was saying ‘We’re going to win the game, we’re going to win the game’ … we couldn’t have gotten it done without him tonight.”

It was Sims’ first game back after missing 11 games with the injury. He led all scorers with 15 points, while Caleb White had 14 and Terry Coner Jr. had 13.

It was a much closer game than the final score indicated. The Indians and Cougars exchanged the lead no fewer than seven times in the third quarter before Pinson Valley finally went on a run and got to 41-33 early in the fourth quarter. But Clay-Chalkville kept clawing their way back into the game, like a four-point play from shooting guard Jaylen Hudson in the fourth quarter. Hudson was fouled to the floor as he drilled a three-point play, gathered himself, and then stripped the net with the foul shot.

“I have to give credit to Coach Barber,” first-year Clay-Chalkville head coach Chris Richardson said following the loss. “He does a good job with his guards. In a close game like that, they were more under control than us. Nothing really changed from the first half to the second half, but it was his guards who took care of the ball and made the big plays down the stretch. We just came up short.”

Clay-Chalkville was paced by Jaylen Hudson with 14, Jacquez Marshall with 13 and DaVon Cheatham with 10.