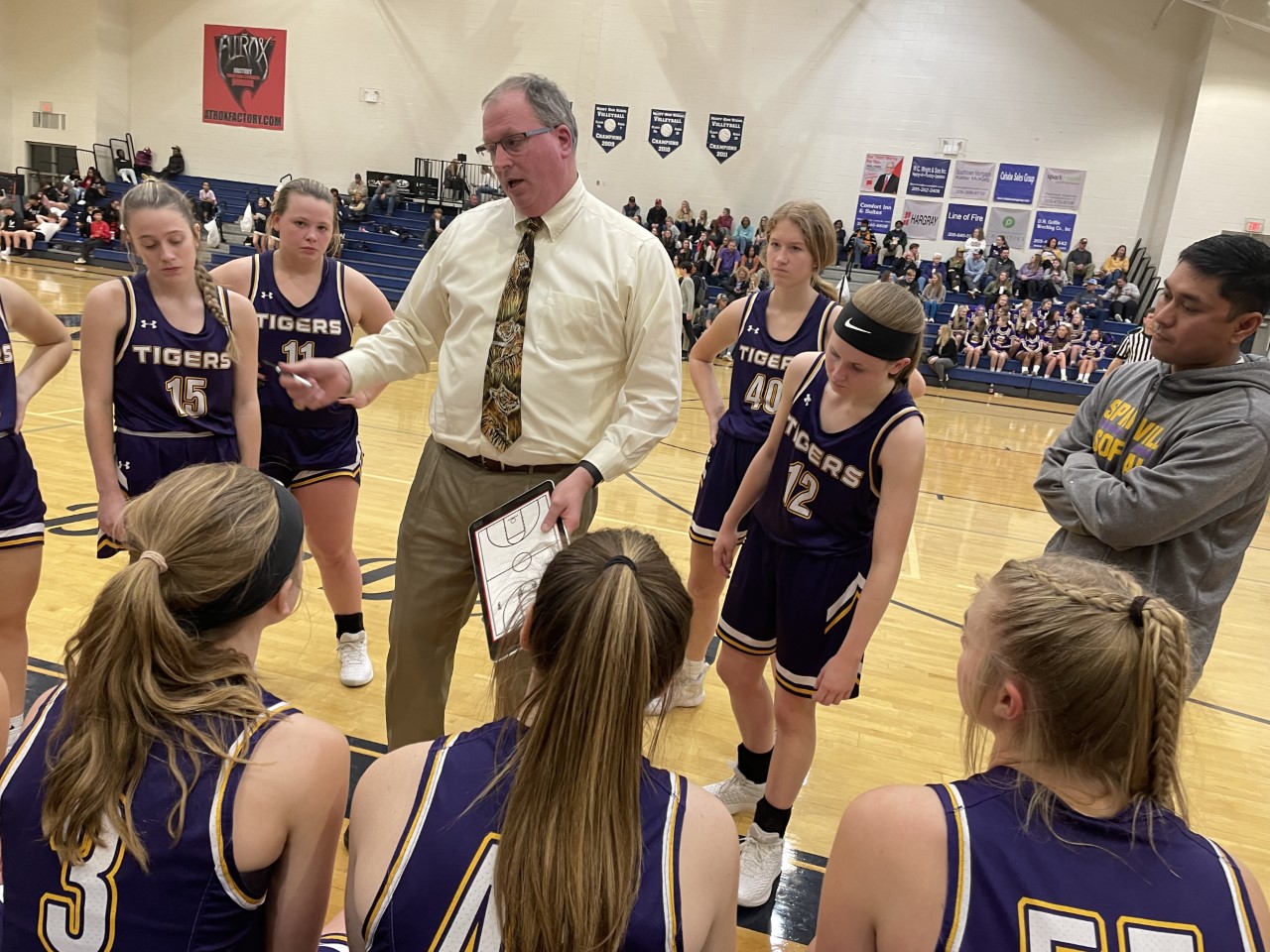 Springville girls' head coach Warren House talks to his team during a timeout vs. Moody on January 8, 2022. (Photo by Bobby Mathews) 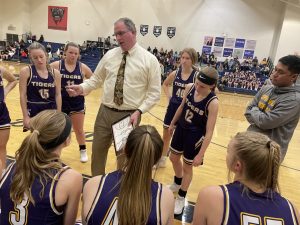 Springville girls’ head coach Warren House talks to his team during a timeout vs. Moody on January 8, 2022. (Photo by Bobby Mathews)

Springville sprinted out to a 17-12 lead, but while Moody was still in it, the Springville defense was already tightening.

“The first half, our legs were tired from last night’s game,” said Lady Tiger head coach Warren House after the victory. “Shots weren’t falling, and then we worked on – instead of taking the 3 – worked on getting the ball inside and scoring when we got the ball in.”

Springville went into the half up 28-20, but it was the third quarter where they really began to take over. The Lady Tigers held the Blue Devils to three points in the third quarter, leading 41-23 entering the final frame. Moody would add only eight more points the rest of the way.

Makayla Kyser led all scorers with 14 points, while Farrah Hawkins had 11 and Bella Bullington added 10 for the Lady Tigers.

For Moody, Jaylon Fields led the way with 12 points, while Tori Pyles had 9. Kendall Stephens scored 4.

Star player Abby Talton had a rough outing for the Lady Tigers, going 0-for-5 from three-point range. But House pointed out that Talton contributed in other ways on an evening when her shot wasn’t falloing.

“She does all the little things,” House said. “It’s not just scoring. She plays defense, she rebounds, gets us into the offense. I mean, she’s going to have games where she doesn’t score a lot, but it doesn’t matter because she does all of those other little things.”