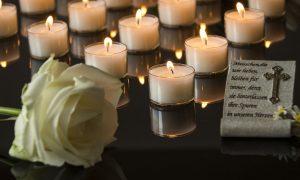 He was a graduate of New Orleans Baptist Seminary. He served in Ministry for over 50 years, 25 of which he spent doing missionary work in Russia, which included starting Churches, developing pastoral schools, and establishing camps for children and their families. He was also the founder of the Barnabas Foundation.

The funeral service will be held on Monday, January 10, at 12 p.m. in the Chapel at Jefferson Memorial in Trussville. A visitation will begin one hour prior to the service.