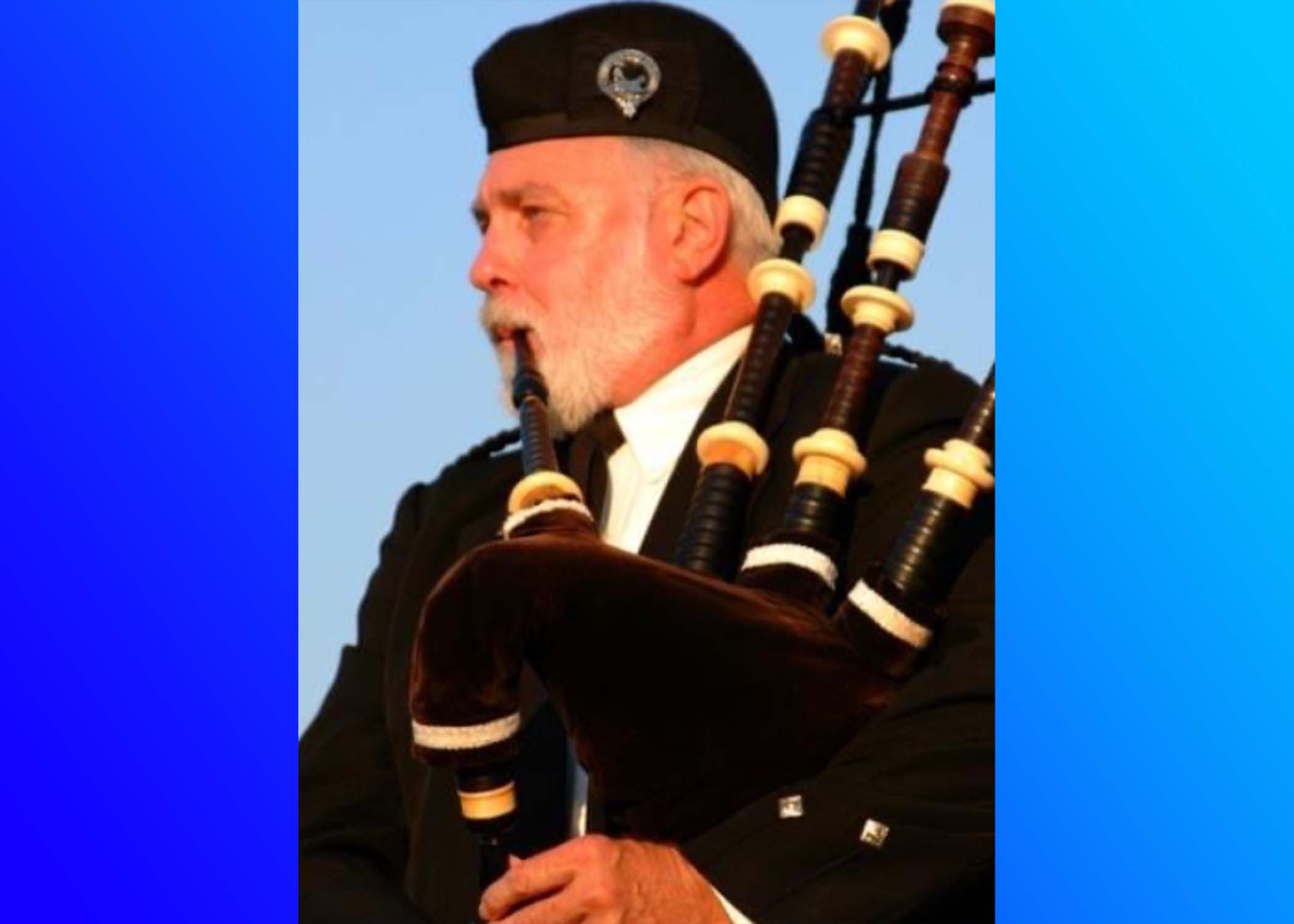 On Saturday, January 1, 2022, James F MacRae, loving husband, father of two children, and Grandfather of four, passed away at the age of 77. 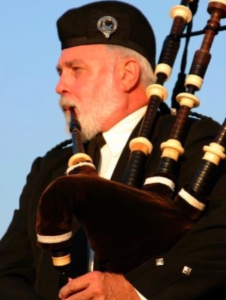 Jim was born on January 29, 1944, in Grove City, PA, to Alexander and Frances (Hall) MacRae. He received his degree in Metallurgical engineering from Grove City College in 1965 and His MBA from Olivet Nazarene University in 1996. On June 5, 1965, he married Judith Dawes. They raised two daughters, Kathleen (Tom) Mance and Sandra (Richard) Cowan.

Jim was preceded in death by his father, Alexander, and his mother, Frances. Brothers David and Thomas and nephew George. He is survived by his wife Judie, his two children, Kathleen (Tom) Mance and Sandra (Richard) Cowan, his brother Douglas, His four grandchildren, Jennifer Mance, Robert James “RJ” Mance, Kyla Cowan, and Maysen Cowan, and several, nieces, and nephews.

Jim was very active in both playing bagpipes as well as the Freemasons. Jim was the primary sunset piper at Ross Bridge Golf Resort & Spa since its opening. Jim also was an accomplished bagpiper playing in and the formation of many pipe bands in the Midwest and Alabama.

Jim began his masonic journey, as a young man in Pennsylvania, in the order of DeMolay. He was raised to Master Mason on November 1, 1969, at Glen Park Lodge #732 in Gary, Indiana. On moving to Illinois, he became a very active member of Landmark Lodge #442 in Tinley Park, Illinois. Serving as Master of the Lodge in 1990 and 1992.

He also had the honor of serving for one year as the Grand Chaplain of the Grand Lodge of Illinois. He was also an active member of York Rite bodies in Illinois. Upon moving to Alabama, he became a plural and active member of Georgiana Davis Lodge #338 in Trussville, Alabama, in 2001. He became a member of Metro East King Solomon Lodge #932 in 2021. Jim was awarded the 50-year Masonic Pin of Gold from both the Alabama Grand Lodge and Illinois Grand Lodge in 2019. Jim was an Illustrious 33rd degree Scottish Rite Mason, Valley of Birmingham, Orient of Alabama.

He was also a Past Monarch of Dinar Grotto, Hoover, Alabama. He was a Past Shriner in the Zamora Temple, Birmingham, Alabama. For many years Jim had the honor of leading the Grand Lodge Officers and dignitaries into the Annual Grand Lodge proceedings playing his beloved bagpipes. Jim will forever be remembered as a loyal and faithful member of Alabama, Illinois, and Indiana masonry.

A Celebration of Life will be held on Saturday, January 29, 2022, at Ross Bridge Gold Resort & Spa 4000 Grand Ave Birmingham, Alabama 35226 at 3:30 p.m. in lieu of flowers, donations may be made to Humanitarian Foundation, Grottoes of North America, https://www.hfgrotto.org/donate