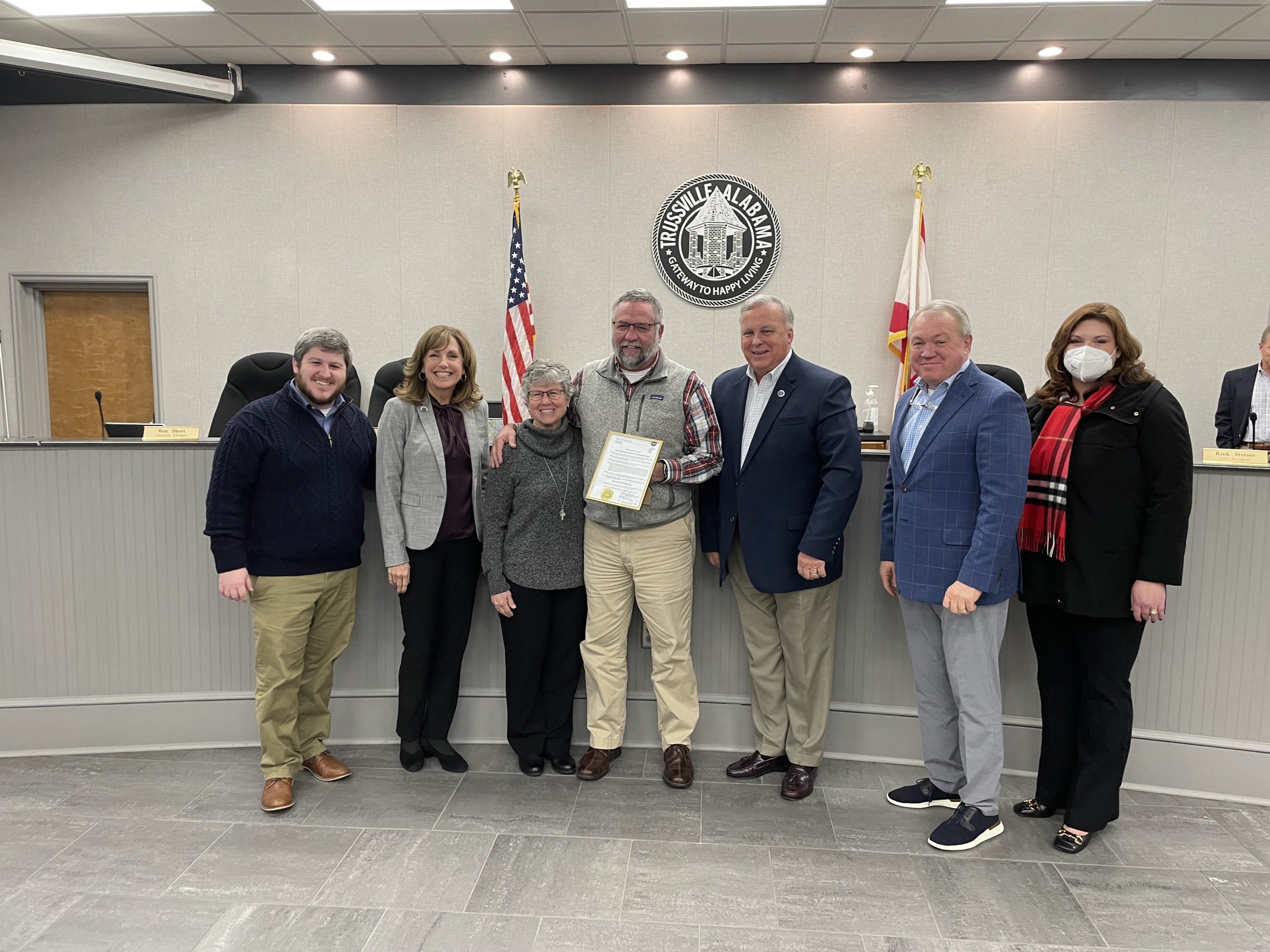 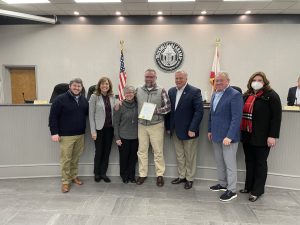 According to the proclamation presented to council members, Coach David Dobbs Day is in honor of his well-deserved induction into the Alabama High School Sports Hall of Fame. The Trussville City Council congratulates David, Anita, and their entire family.

“This means so much because it comes from the community,” Dobbs said. “I look back on it now, and when I came here in late 89, early 90, my whole goal when I talked to Coach Wood was to park it somewhere. I bounced around a lot of different schools, and I wanted somewhere to stay. I told him, I’ll be here 30 years, and I have been, 31 and a half years, and it means a lot to be part of the community to see the community change and grow.”

“It’s just a great community of people; I don’t think people truly appreciated enough what’s out here,” Dobbs said. “They see the face of it, but to be sort of old school-ish now, I never thought I would be old school Trussville, but I am now, and it means a lot, and thank you all a lot. This means so so much.”

Dobbs earned Teacher of the Year, Coach of the Year, and Making The Difference Award honors over his career in the Trussville community.

“Coach Dobbs represents everything that is right about high school athletics,” HTHS Athletics Director Lance Walker said when Dobbs earned the Making a Difference Award. “He built our track and field program from the ground up and has devoted his professional career to making our program one of the most respected in the state. I am most thankful for the impact he has had on the kids in our community over the past few decades. I regularly hear from his former athletes, and they share all the positive ways in which Coach Dobbs impacted their lives.”

In recognition of his great career, Coach David Dobbs will be inducted on March 21, 2022, as a member of the 31st Class of the Alabama High School Sports Hall of Fame.

“The things that he’s instilled in [athletes] after they graduate from Hewitt-Trussville he’s had a tremendous return on investment as far as seeing a lot of what those kids have done.”