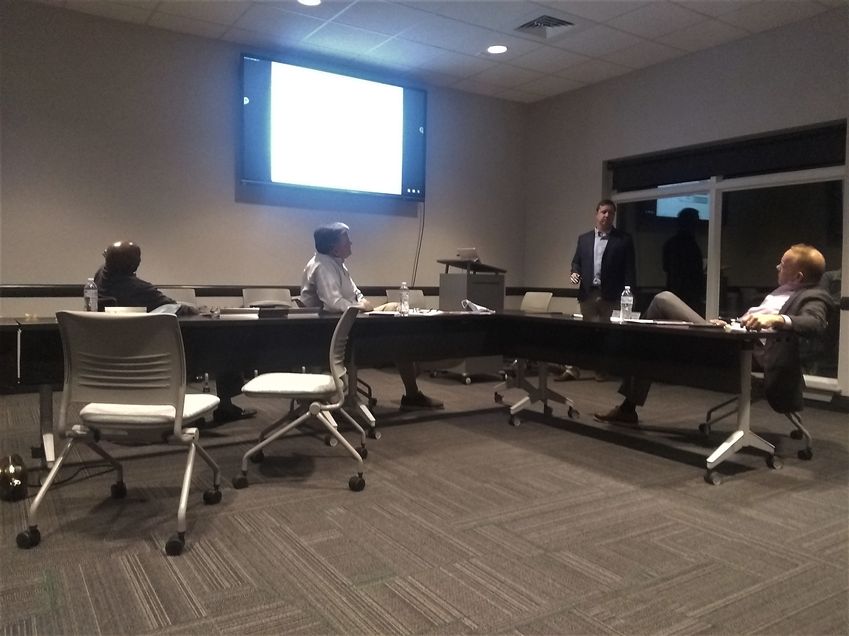 Chief Financial Officer Ryan Miller gives a report for November 2021 at a Leeds Board of Education meeting on Jan.15. (Photo courtesy of Nathan Prewett)

LEEDS – The Leeds Board of Education met briefly on Thursday, Jan. 13, where they heard a financial report for the month of November 2021 and some comments from Superintendent John Moore on state education funding. 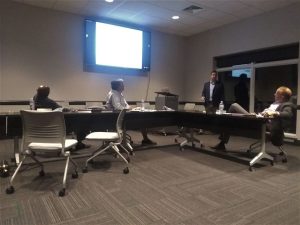 Chief Financial Officer Ryan Miller gives a report for November 2021 at a Leeds Board of Education meeting on Jan.15. (Photo courtesy of Nathan Prewett)

Chief Financial Officer Ryan Miller gave the report for the second month of the fiscal year. 16.50 percent of the general fund revenues and other financing sources were received, with 12.26 percent received of the local revenues.

Miller said that this was down 28 percent from this time of last year due to the timing of when the school system received its annual appropriation from the Jefferson County’s one-cent sales tax that would have put the number up 9.00 percent.

Before the meeting was adjourned, Moore shared some news regarding his trip to Montgomery, where he learned from the legislature that the education trust fund grew over 16 percent over the year along with a “large” unreserved balance in the fund.

He also said that the house and senate are preparing to fill the rainy-day fund. Additionally, he mentioned Alabama Governor Kay Ivey’s recent proposal to implement a 4 percent pay increase for education employees.

“Hopefully, we’re going to hear some great things coming out of Montgomery as far as the education budget is concerned,” he said.