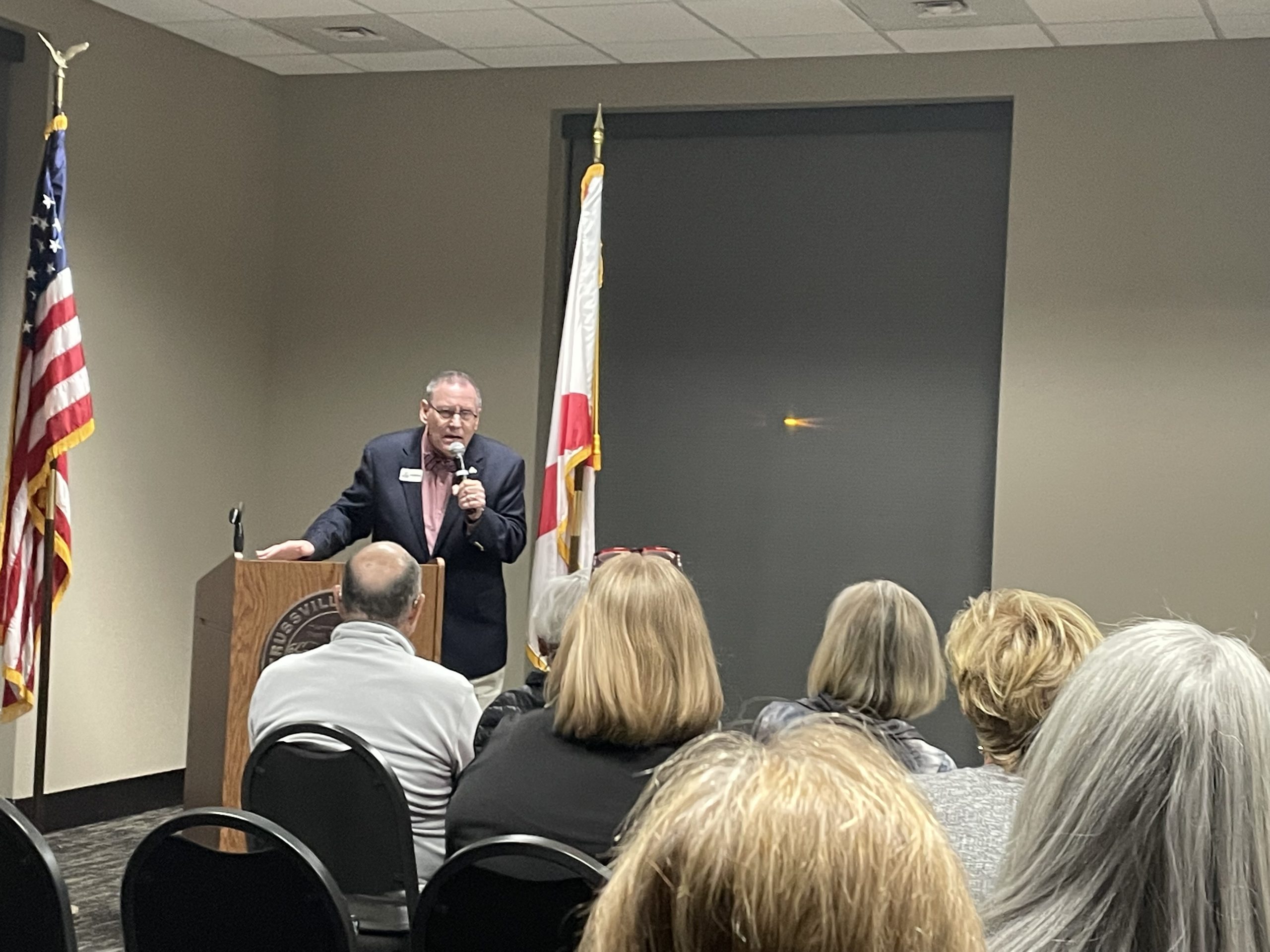 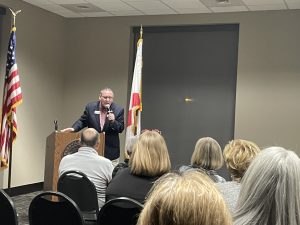 Amie Beth Shaver with 1819 News opened the meeting with the question, “What was the first time you remember being afraid?”

Shaver explained that she found a survey given by Chapman University that discussed the number one fear of Americans. Ranked at the top of the list were corrupt politicians. Shaver said that Americans, no matter the political viewpoints, were united with one common fear.

Joe Godfrey, Executive Director of Alabama Citizens Action Program (ALCAP), said that Republican senators are planning to introduce a comprehensive gambling bill, much like the one that was introduced and passed the Senate last year but failed in the house.

According to Godfrey, there are two reasons legislators want to pass the gambling bill. One is legalize gambling so that restrictions and regulations can be applied, and the second is to let citizens vote on what they want.

“First of all, the argument that I keep hearing in Montgomery legislators is we just want to restrict it,” Godfrey said. “We just want to legalize it so we can put all these restrictions on it and restrict it. That’s like saying, well, we’ve got a problem with prostitution. So, let’s legalize it and then put restrictions on it. If you’re not restricting it while it’s illegal, what makes you think you’re gonna restrict it after you’ve legalized it like that makes no sense.”

Godfrey said that the reason for letting people vote on legalizing gambling is because “it’s not let the people vote is let us buy the people’s vote.”

Medical marijuana could be on the table for the upcoming legislative agenda.

“Put this in the hands of UAB and we’re going to let them research and give a million dollars to them for research and let them come up with something to see if there’s any truth to the fact that that certain compounds from the marijuana plant can be used for medical purposes,” Godfrey said. “They came up with Epidiolex and some other drugs, two or three other drugs. They’re FDA approved, you can go to the pharmacy and get them prescribed to you. They did have some benefit it has been found to children with epileptic seizures to help reduce the number of seizures.”

“This law that passed last year does is it simply says that we’ve got all these lists of things that are unproven there’s no evidence to support it,” Godfrey said. “It’s just anecdotes stories.”

For more information on the marijuana and gambling bill from ALCAP’s point of view visit alcap.com.