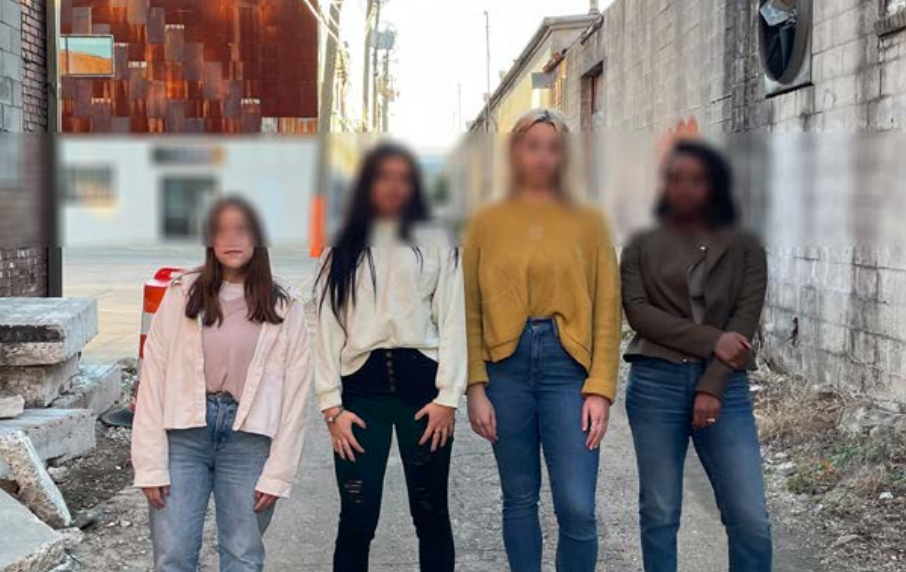 Human trafficking is a "private transaction" that many people don't see because it happens behind closed doors and due to traffickers moving their victims constantly to remain hidden. (Photo Courtesy of The Wellhouse)

Identifying victims of human trafficking, “trafficking is not biased”

Human trafficking does not have a demographic that it focuses on as Chief Development Officer of the Wellhouse, Holly Bunn, said human trafficking affects different people.

“People from any background, ethnicity, or walk of life can be trafficked,” Bunn said. “The one commonality is vulnerability. Those who are vulnerable are the ones who are most likely to be trafficked.”

Bunn explains that human trafficking is the selling of another human being. It is an exchange of sex for money or something else of value.

In 2020, the Polaris Project, a nonprofit, non-governmental organization that works to combat and prevent sex and labor trafficking in North America, carefully tracked the potential impact of the COVID-19 pandemic on victims and survivors. When comparing post-shelter-in-place time with pre-shelter-in-place time in 2019 and 2020, the number of crisis trafficking situations increased by more than 40 percent, from approximately 60 percent in a 30-day period to 90n percent.

The WellHouse responded to this need by sheltering and caring for more survivors in 2020 than any previous year. Once available, COVID-19 tests were administered upon intake, and if necessary, a two-week quarantine at the Trauma Center was provided so our work could continue.

“Sex trafficking is happening in our communities today,” Bunn said. “With people who are in relationships or perceived relationships, people who believe themselves to be loved by somebody who’s trafficking them. That person could be a boyfriend, even a family member, or a husband. It’s a very complex issue with a lot of variables going on at once, and many times victims don’t even realize that they are victims because they think this is just something that they’re having to do to get by for the time being.”

Vulnerabilities can fall into different categories. A victim may not have a good support system, absentee parents, not a lot of friends, financial struggles, substance abuse, 0r anything that a person could use to rope a victim into human trafficking.

Human trafficking is a “private transaction” that many people don’t see because it happens behind closed doors and due to traffickers moving their victims constantly to remain hidden.

Trafficking can go unseen because many times, the victims cannot speak for themselves, but understanding the signs can help victims and potential victims in the future.

Taken individually, each indicator may not be deterministic of trafficking, nor is this list meant to be exhaustive. This list is intended to encompass all forms of human trafficking, some indicators may be more strongly associated with one type of trafficking. Indicators reference conditions a potential victim might exhibit.

The Wellhouse is currently focusing on rescue efforts and increasing awareness in the state and nationwide about their comprehensive aftercare programming. 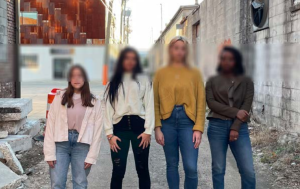 Human trafficking is a “private transaction” that many people don’t see because it happens behind closed doors and due to traffickers moving their victims constantly to remain hidden. (Photo Courtesy of The Wellhouse)

Human trafficking victims who enter the Wellhouse go through the “restoration process.” This process has several steps. First is the cry for help, with a call to The WellHouse crisis line where the cry for help, and ultimately hope, meets opportunity.

Second is the victim turned survivor, within a short time, the recovered victim transitions to a survivor as she leaves behind the horrific victimization she has endured. She travels, sometimes with help, by bus, train, plane, or car to The WellHouse campus in Alabama.

The third is the Wellhouse Trauma Center, a clean room and bed, a nice shower, a home-cooked meal all spell safety and hope. Having a Home Coordinator who cares for her as she settles in and a Trauma Therapist who shows empathy and compassion is just the beginning of what she is to experience on her healing journey.

Fourth is the immediate shelter, after stabilization and transitioning to TIS, while still battling fears and uncertainty, she begins to understand her victimization. As she fights fear in the hard work of recovery, along the way, she comes to know that she can. Ongoing compassionate therapy, the possibility of reconciliation with children she thought she would never see again, daily looking toward the hill to the apartments, signifying true healing and hope has exploded in her whole being, and it shows in her whole countenance.

The fifth step is the steps to freedom, she and her case manager develop a plan just for her. It may include regaining custody of a child, GED, college, a career path, or her newfound faith! A glance back at her first arrival reveals a noticeable change. She completes her goals, one by one, with some occasional steps backward when those surrounding her catch and bring her back. A brave new life evolves.

Sixth is the graduation, the ceremony is priceless as many who have come alongside her in her journey come to celebrate her accomplishment. Countless goals have been reached, and she is ready to transition to independent living in the apartments, which she has had her sights set on since she arrived.

The final step is transitional living, transformation has taken place in every area of her life: spiritually, emotionally, physically, and mentally. Pathways in the brain have begun healing as she is no longer abused or forced to abuse substances, and the trauma has subsided. She is hardly recognizable from the moment, she entered The WellHouse, except for those dreams that she came to believe could be hers.

“We are grateful for Trussville and other cities declaring this month human trafficking awareness month because it brings this serious issue back to the forefront of people’s minds,” Bun said. “The reason to do this is so that victims can be identified, and we want all to know that we are a resource, we have availabilities, and we want all of our 40 adult beds to be full. We’re in a unique position to offer such a wide array of comprehensive services on one campus and give quality care to this population of survivors of trafficking, both adult women and now minor girls as well. We are extremely focused on doing what we do well, in addition to getting as many people as we can to The WellHouse.”