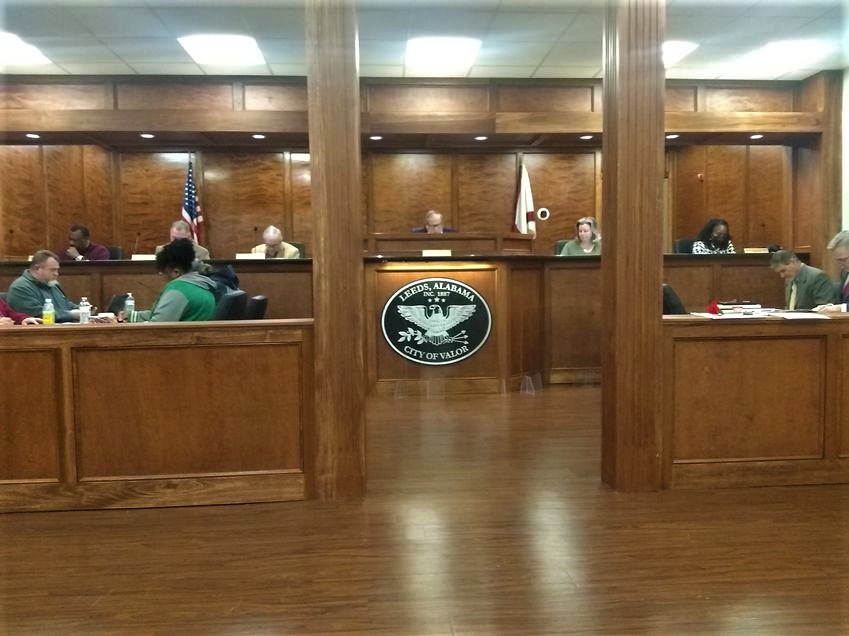 LEEDS – The Leeds City Council voted to table discussion on the ongoing effort to form a citizen board for the Moton Center Educational Foundation so that a veteran’s care service may be established at the Moton Community Center. 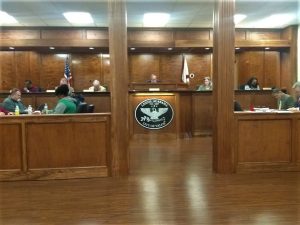 Before the issue was tabled during a meeting on Tuesday, January 18, the council heard reports from department heads, including Police Chief Paul Irwin, who spoke on the recent seizure of close to 1,000 pounds of marijuana.

Yesterday Leeds Police Officer Jake Turnbloom made a traffic stop that yielded 953 pounds of marijuana and has an estimated value of $3 million. The suspects arrested were traveling from California. Irwin believes that this was one of the largest seizures in the state.

“There was not a compartment in that vehicle that did not have marijuana in it,” he said.

Leeds Jane Culbreth Public Library Director Melody Carden reported that two grant applications have been made to the state, one of which is aimed at funding next year’s summer program for children. The application details can be seen at the agenda packet online.

In his comments, Mayor David Miller announced that in the city’s search for an auditing firm, three bids were made in which Cork, Hill, and Company were selected.

Later, attention turned briefly to the issue of forming a citizen board for the Moton Community Center. The property that the center is located at formerly belonged to the Leeds Board of Education before it was turned over to the foundation in 2012.

Part of the stipulations in the articles of incorporation for turning over the property was that the board be manned by citizens of Leeds. In previous meetings, it was discovered that the foundation’s board was mostly made up of people who were not citizens.

The council determined that nominees for a board entirely made up of Leeds citizens would be taken. In the last meeting, Miller said that nominations would be discussed. However, at last night’s meeting, the council decided to postpone the matter for a later date.

“There’s been some discussion that we need to do a little further investigation before we move forward on this,” Miller told the audience. The motion to table the matter was then approved unanimously.

Later in the public comments portion of the meeting, J. Mason Davis spoke and said that he is an attorney retained by the foundation’s board of directors. He invited the ex officio members (Miller is among them) named in the articles to meet with the current board to discuss the nominations. Miller said that he would.

Jacob Meyer, owner of Hommati 216, then spoke on potentially establishing a Main Street Alabama community in Leeds. Miller explained that he met with the board of directors in previous years and has been in contact with the organization, saying that Leeds is still open to the idea.

Resident Donnice Ritch spoke to the council about a road on Willow Street that she says is in need of paving. She said that recently her mother, who had cancer, died due to an ambulance being called to her home but not being able to get up the road because of its condition.

The talk spanned several minutes, with Ritch saying that the paving was supposed to have been done by the time of her mother’s passing but had not. City Administrator Brad Watson said that the city engineer was looking into alternative ways to pave the road because of its slope. Miller said that the matter would be investigated.