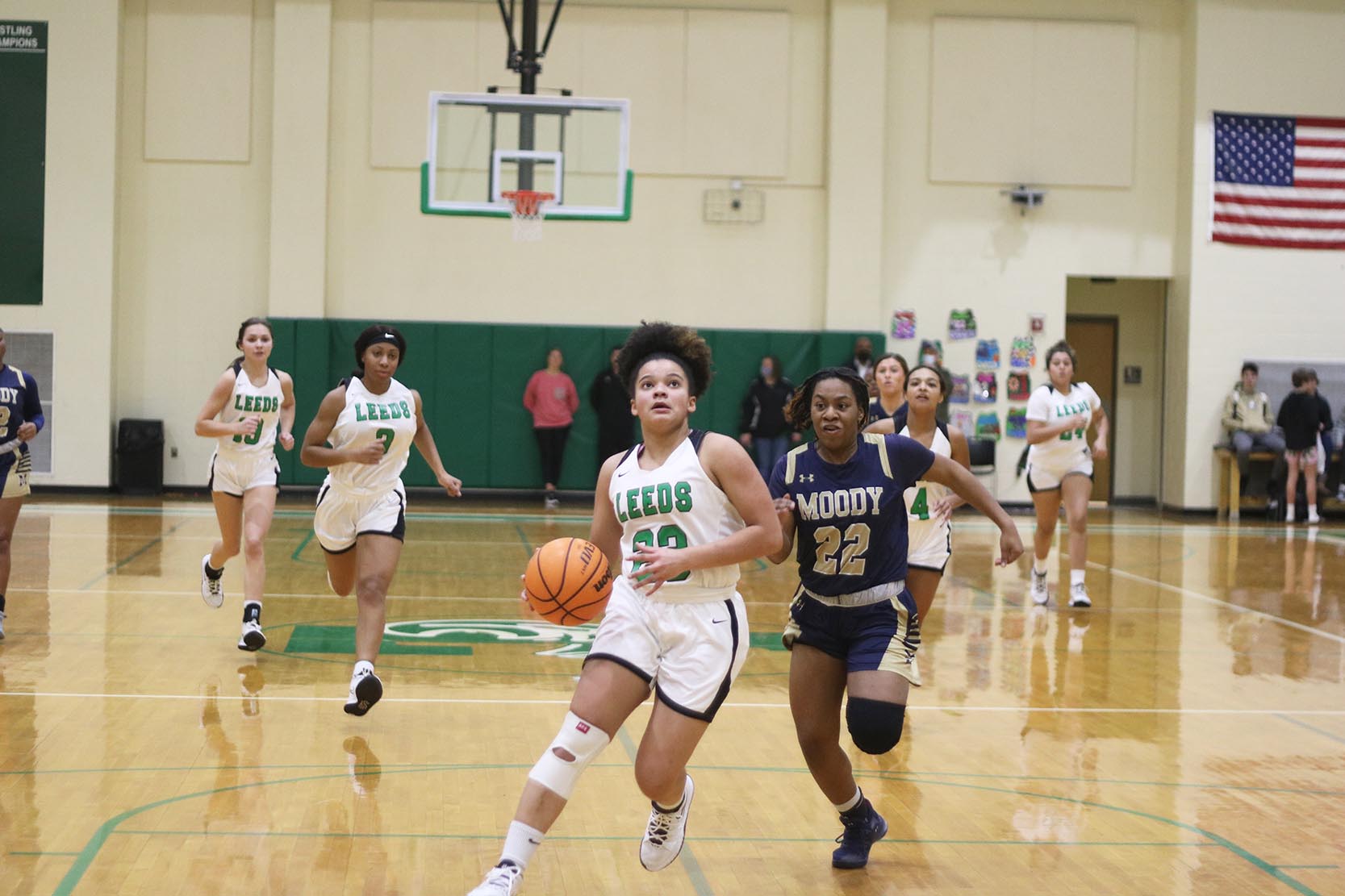 LEEDS — The Moody girls collected a 45-31 win over rival Leeds on Friday. The Blue Devils will now look to compete in the St. Clair County basketball tournament as the No. 3 seed. The victory was good enough to earn The Tribune’s Argo Hardware Team of the Week honors. 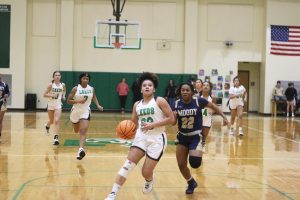 Moody head coach Rebecca Davis said there were many factors in getting the win.

“We were able to pressure them enough defensively to generate some turnovers. My bench played well, giving me the opportunity to keep my starters fresh. We kept our emotions under control and executed our game plan,” Davis said.

“My girls have listened to a lot of negativity. We have immense respect for Leeds, their coaching staff, and their players, but it’s a rivalry. To see my players redeem themselves and have fun doing it, what more can I ask for?”

While the game started at a slow pace for both teams with an 8-5 score at the end of the first quarter, Moody was able to pull away 21-15 by halftime. Going into the second half, the Greenwave continued to trail closely behind.

After bringing the score to a close 27-22 by the end of the third with the Blue Devils still ahead, Leeds saw an opportunity to take the game back. However, Tori Pyles posted six back-to-back free throws to top off Destany Chattman’s six points in the final quarter to seal the win.

Tarryn Woodall and Pyles both lead the Blue Devils with 11 points each. Chattman followed behind with nine while Daylon Fields with seven.