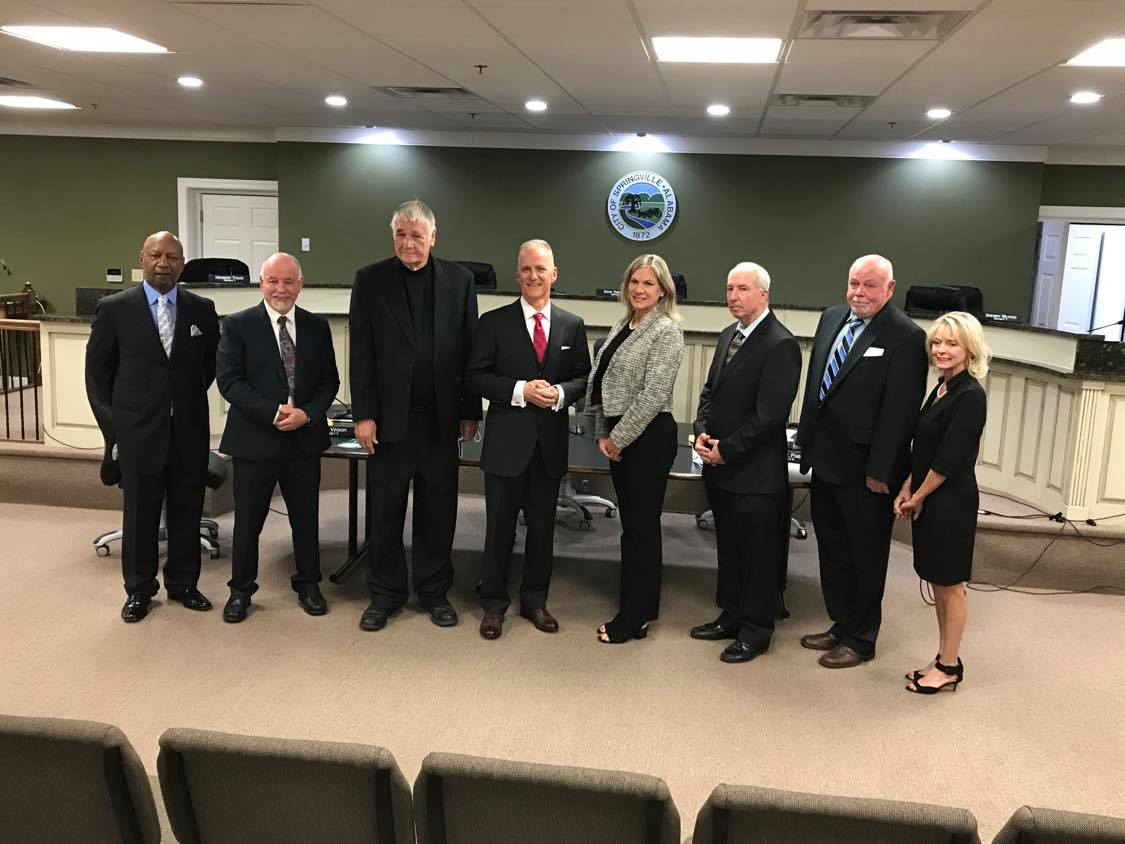 SPRINGVILLE — The Springville City Council met for the second regular meeting of 2022 on Monday night, January 24, at city hall, with several council members commenting that they have received many calls since the mayor’s recent comments on the decriminalization of marijuana. 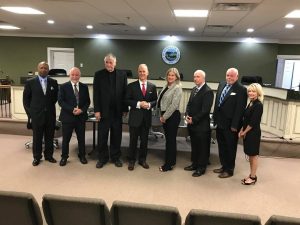 At the January 4 meeting, Mayor Dave Thomas announced his campaign for Governor of Alabama. After the announcement, he spoke to reporters about his policy ideas, including marijuana use.

Council-member Sherry Reaves presented a proclamation for approval in support of law enforcement.

“I got a lot of calls on this,” Reaves said, speaking of the mayor’s stance on marijuana decriminalization and legalization. “I asked James (City Attorney James Hill) to please put something together in support of our law enforcement.”

The text of the proclamation does not mention Thomas by name or details of any of his comments but did state “selective adherence to, and enforcement of, the Laws is inappropriate in a civilized society and can ultimately lead to anarchy.”

The resolution concluded by saying the city expects the enforcement of laws “regardless of the popularity or approval of any individual citizen or group thereof.” The majority of the text simply reiterated support for the work of law enforcement and acknowledged that laws exist.

“I think; basically, it just states that we do abide by the law,” council member Katrina Hennings said. “We want the ones who have called us and all of our citizens to know we don’t support doing something illegally since you announced you do something illegally. We just want to make sure they don’t think we all do.”

Thomas said he did not object to anything in the proclamation and explained his position.

“I really have no objection to the proclamation,” Thomas said. “We all support our law enforcement officers and the job they’re tasked with.”

Thomas added he has received one piece of “hate mail” but said the response to his campaign and his position has been overwhelmingly positive online and on social media.

“I understand and can appreciate the concern for the position this has put a number of people in,” Thomas said. “That said, I’m just no longer willing to perpetuate the propaganda. Honesty still remains the best policy.”

In the pre-meeting work session, Brett Isom presented follow-up redistricting options on behalf of the Regional Planning Commission of Greater Birmingham (RPC). Isom spoke to the Council in October about reducing the number of districts and options to retain a majority-minority district.

In October, Isom proposed several alternative voting strategies for the city, including ranked-choice voting and cumulative voting. He also mentioned the possibility of reducing the number of seats on the council to five at-large positions.

The Council is expected to consider redistricting options in a later meeting.

In other business, the Council approved a request from Chief Walton to spend up to $5000 for the purchase of ammunition for the Springville Police Department and also approved the purchase of new police car equipment.

The Council also approved the purchase of city government administrative software from Edmunds, pending the acceptance of terms specified by the city.

The Council also approved up to $1,500 to hire C&C Tree Removal to remove emergency sirens and approved $10,050 for a mosquito and ant control contract for city parks.

Mayor Thomas expressed appreciation to ONEeighty Church for donating $6000 toward purchasing a van for the senior center.