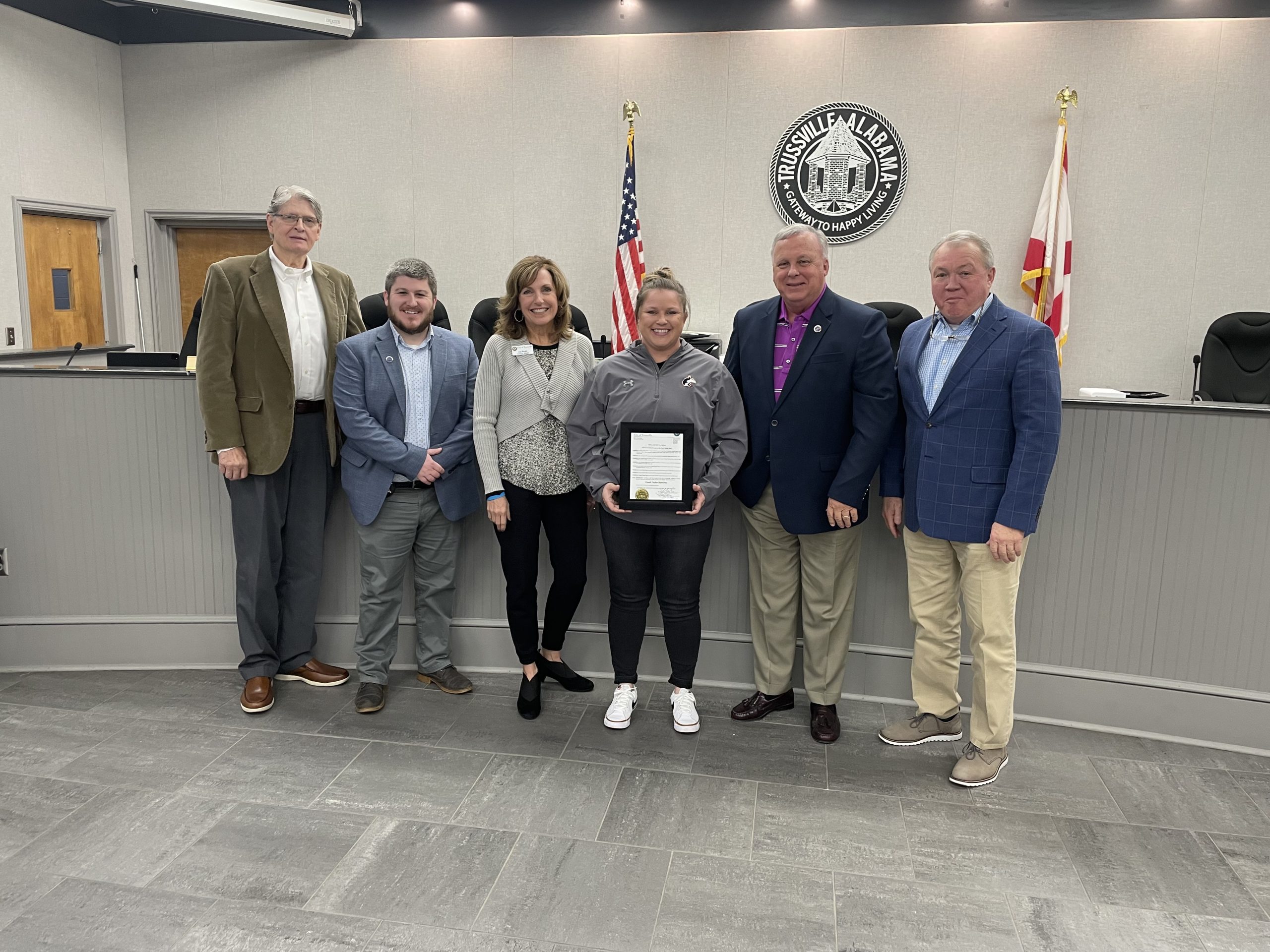 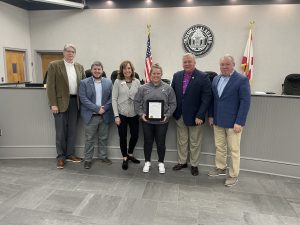 According to the proclamation presented to the council members, the city of Trussville declared February 24, 2022, the date of the HTHS Huskies’ first home softball game as Coach Taylor Burt Day.

“We have not had anybody from Trussville to be recognized nationally,” Mayor Buddy Choat said. “We know on the state level how much respect she has and how much our program has. So for her to get an award nationally, it’s quite an accomplishment for her, and kudos to her staff and Lance Walker for being able to hire somebody like this. That brings in quality not only coaching but a good quality person as well as the coach.”

Burt became HTHS Huskies softball coach in the summer of 2017 after successful tenures at Fort Payne High School and North Jackson High School. She has already led the Huskies to consecutive state championships.

“I can honestly say I never thought I would have a day, but if it were only me, we wouldn’t be where we are today,” Burt said. “I have a lot of support and people around us. We have an incredible coach and staff that work hard even though we carry some crazy hours and do some crazy things. They are 110 percent behind our girls, and our girls work hard, so I can take zero credit for this.”

She was named the Class 7A Coach of the Year for the 2021 season by the Alabama Sports Writers Association. Burt was one of two dozen 2020-2021 nominations for the award.

Councilmember Lisa Bright said she is honored to have some unbelievable coaches in our school system.

“It’s a great honor, and I appreciate you recognizing our hard work as a whole because that’s exactly what this is because it’s definitely not one person’s doing in any shape, form, or fashion,” Burt said.